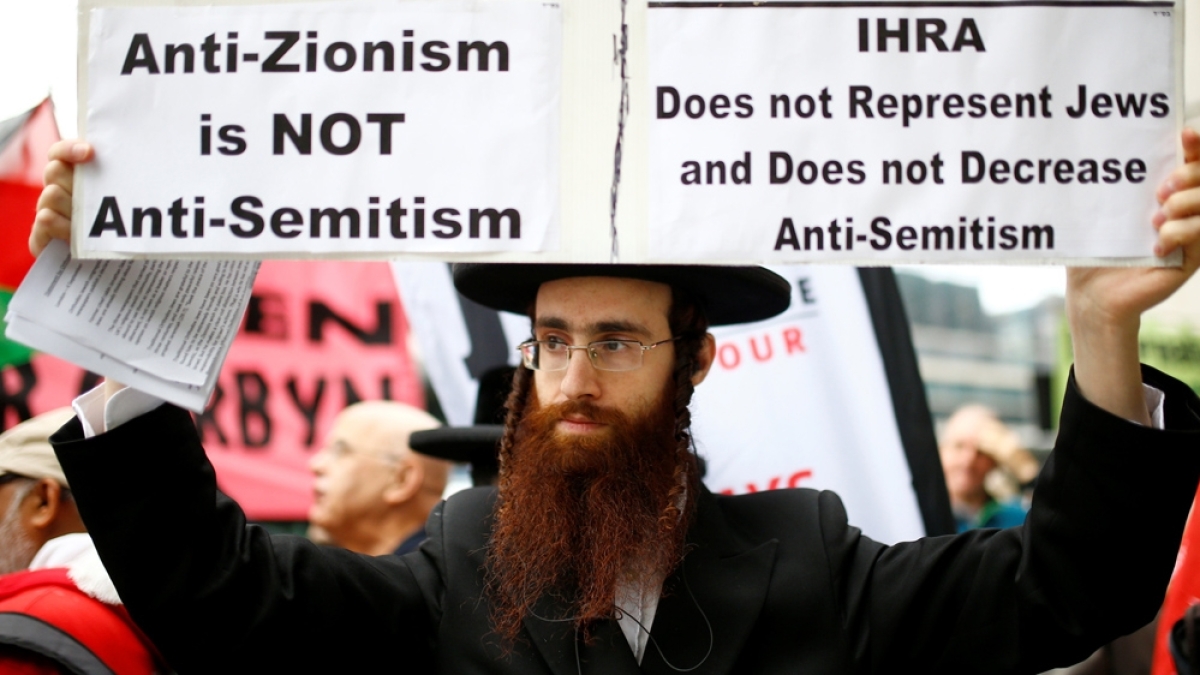 Leading scholars in anti-Semitism said IHRA definition has been ‘hijacked’ to protect Israel from international criticism.

More than 100 scholars have urged the United Nations not to adopt the controversial International Holocaust Remembrance Alliance (IHRA) definition of anti-Semitism due to its “divisive and polarising” effect.

In a statement published on Thursday, the 128 scholars, who include leading Jewish academics at Israeli, European, United Kingdom and United States universities, said the definition has been “hijacked” to protect the Israeli government from international criticism.

They also called on the UN to instead rely on universal human rights instruments and different resources, such as the Jerusalem Declaration on Antisemitism.

“Let us be clear: We wholeheartedly welcome the commitment of the UN to fight anti-Semitism and commend the UN for its vital efforts in this regard,” the statement said.

“What we object to and strongly warn against is that the UN would jeopardise this essential fight and harm its universal mission to promote human rights by endorsing a politicised definition that is instrumentalised to deter free speech and to shield the Israeli government from accountability for its actions.”

According to the IHRA’s working definition, “Anti-Semitism is a certain perception of Jews, which may be expressed as hatred toward Jews. Rhetorical and physical manifestations of anti-Semitism are directed toward Jewish or non-Jewish individuals and/or their property, toward Jewish community institutions and religious facilities.”

The statement by the scholars said the definition was “vague and incoherent” and welcomed a recent report by Professor E Tendayi Achiume, the UN special rapporteur on contemporary forms of racism, who heavily criticised the IHRA definition for its negative impact on human rights.

Achiume presented her report to the UN general assembly last week, where she urged the UN to “launch an open and inclusive process to identify an enhanced response to anti-Semitism by the United Nations, consistently rooted in and supportive of human rights”.

Her report was rejected by a number of IHRA-adopting countries, with Israeli UN Ambassador Gilad Erdan saying it contradicts the mandate held by its author.

“These ill-founded recommendations made by the rapporteur are not in line and not part of her mandate and clearly demonstrate a political agenda that should not be in any way a part of a discussion which should focus on the fight against racism,” Erdan said.

However, Alon Confino, a Pen Tishkach chair of Holocaust Studies and professor of history and Jewish studies at the University of Massachusetts Amherst, warned that if the UN adopts the IHRA definition, “the damage will be exponentially bigger to human rights, but also the UN itself”.

“More than anything else, the definition will be weaponised against the UN,” Confino said.

The next Israeli government, set to be formed by Prime Minister Benjamin Netanyahu’s party and far-right allies, is more extreme than any other in Israel’s history, Confino said, and he expected it to ramp up the “political instrumentalisation of anti-Semitism”.

“It would be self-destructive for the UN to facilitate this instrumentalisation by validating and adopting the IHRA definition,” he said.