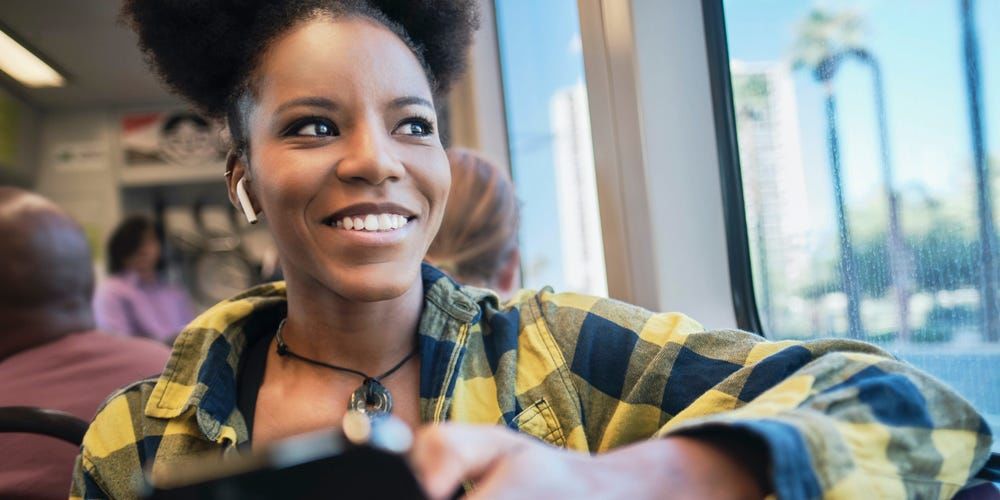 Data shows that Clubhouse monthly installs are in free fall, but investors appear to be unfazed ahead of the Android app release.

The rocketship-growth of audio app Clubhouse is starting to sputter.

The number of monthly app installs worldwide fell dramatically last month, to 2.7 million downloads in March from 9.6 million in February, according to data from app analytics company Sensor Tower. This month has seen an even steeper decline, with only 643,000 installs through April 18. 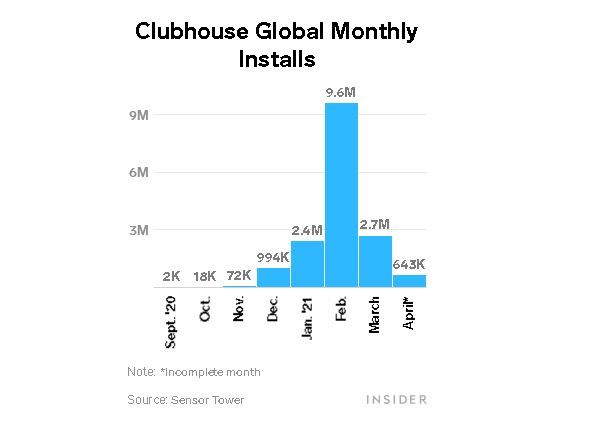 The April number, more than halfway through the month, is only a small fraction of those logged in February, the peak month for new user downloads.

The trend shows "the bloom could be coming off the rose," Dan Ives, an analyst at Wedbush Securities, told Insider. In other words, the excitement over Clubhouse's novel social-audio approach could be fading.

Even still, Clubhouse's investors seem unfazed. On Sunday, the startup said it closed a new round of funding that values the one-year-old company at $4 billion. Clubhouse did not say how much it raised, but The Information reports that the company has pulled in more than $300 million since its launch in March 2020.

"When these network effects businesses take off, investors realize they can get very, very valuable, and 'high priced' bets can pay off, so investors chase such companies," James Currier, a general partner at NFX, an early-stage venture firm that's not invested in Clubhouse, told Insider. "It's often their agenda more than the company's needs which drive the fundraising size and timing. I always tell founders, 'When they pass a cookie tray, take a cookie.'"

A spokesperson for Clubhouse did not immediately respond to a request for comment.
The app the pandemic bore

Clubhouse's app lets users listen into and participate in audio-only chat rooms. In the last 13 months, it's recorded more than 16 million downloads, according to Sensor Tower.

The app's breakthrough success has quickly led to similar audio products from Twitter, Slack, Discord, LinkedIn, and Spotify, through its acquisition of Locker Room. Just this week, Facebook laid out its broad framework for conquering social video, including plans to introduce a Clubhouse-like live-audio chat feature and a "soundbites" format for creating short audio clips.

Clubhouse's debut coincided with the coronavirus pandemic, at a time when people were hungry for ways to connect at a distance. As more people are vaccinated and in-person events in the US open back up, it's unclear if Clubhouse will hold onto its momentum, said Ives, the Wedbush analyst.

"Clearly this is not a great trend from a download perspective," Ives said. "There will be competition from Facebook and others over the next year going after this impressive, but yet unproven business model for the long term."

It's important to note that Clubhouse has succeeded even with attempts to curb the app's at times explosive growth. The app is still available only to people with an iPhone, and requires an invite from an existing user. That helps the company scale the tools needed to run the app alongside new users, in order to prevent app crashes and other performance issues.

But the company may be fast-tracking the release of an Android app.

In a blog post on Sunday, Clubhouse said it's "readied Android for launch." That's after one of its cofounders said just four weeks ago in a town hall-like discussion on the app that it would "take a couple of months" to make happen.