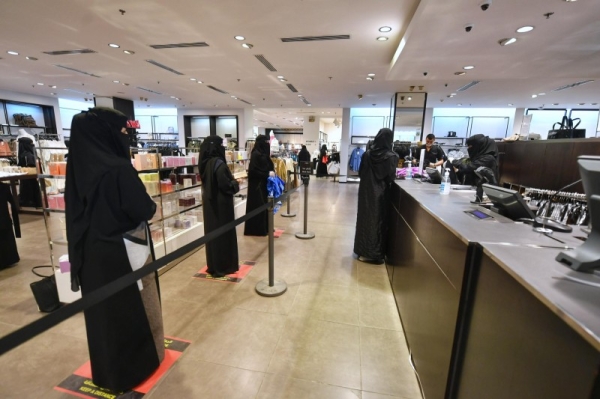 A total of 142,335 male and female citizens were employed in the Saudi private sector establishments during the first half of the year 2021, thanks to various support programs of the Human Resources Development Fund (HADAF).
Among these, 83,713 beneficiaries (59 percent) are women while the proportion of men constituted 41 percent with 58,622 beneficiaries. HADAF’S various programs and services to empower Saudi jobseekers are instrumental in creating such a big number of jobs, according to a report of the National Labor Observatory.

Through its programs, HADAF focuses on supporting the employment, training and empowerment of male and female citizens. It also gives a thrust on supporting private establishments through various programs, like the Employment Support Program, the On-the-Job Training Program (Tamheer), the Guided Transportation Support Program, the Strategic Partnership Institutes Support Program. It has also executed agreements for training ending with employment. HADAF branches and centers across the Kingdom are facilitating these programs and activities.

The fund’s support programs include support for obtaining professional certificates, the program to support the transport of working women (Wusool), the support program for children’s nurseries (Qurrah) and the national e-training platform (Duroob).
Add Comment