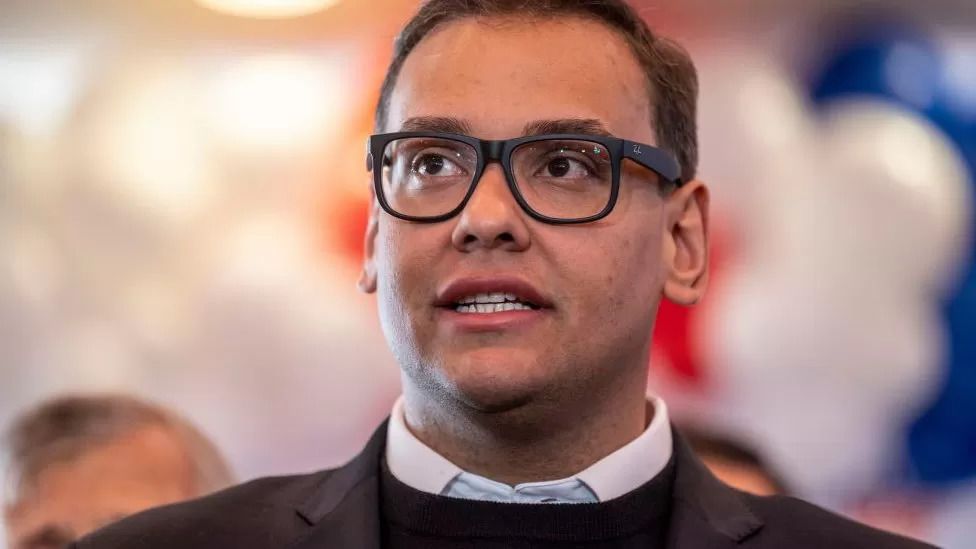 A Republican congressman-elect is under investigation in New York after he admitted he lied about his education and work experience.

Listen to the article
0:00
0:00
George Santos, elected to Congress in November, has admitted to lies about work and education experience.

Allegations about discrepancies in his backstory were first made in a New York Times report last week.

Mr Santos is scheduled to be sworn in on 3 January.

The newspaper published an investigation this month alleging Mr Santos - who was elected to Congress in the November midterm elections - had made several lies on his resume.

Those included that he had graduated from Baruch College in New York and worked at high-profile Wall Street firms Goldman Sachs and Citigroup.

Mr Santos admitted earlier this week he had never worked for either firm directly and had lied on his CV about graduating from college, saying he was "embarrassed" that he had not.

Regarding accusations he had misrepresented his Jewish ancestry, he told the New York Post in an interview published on Monday that he was Catholic and never claimed to be Jewish but when "I learned my maternal family had a Jewish background I said I was 'Jew-ish'".

Mr Santos said he was "not a criminal" and said that the scandal would not prevent him from serving his two-year term in the House of Representatives.

No one "is above the law and if a crime was committed in this county, we will prosecute it".

Prosecutors with the US attorney's office in the Eastern District of New York have also launched a separate federal probe, a source told BBC's US partner CBS News, as well as other US media.

CBS reported that they are looking into his finances and financial disclosures. ABC News reported it was not yet a "formal investigation".

Besides issues with his biography, Mr Santos has faced questions about his personal wealth, and how he was able to lend his campaign $700,000.

US media outlets have also reported New York Attorney General Letitia James was "looking into" some of the issues raised about Mr Santos.

Mr Santos was elected to represent a district covering parts of Nassau County - in Long Island - and Queens.

He did not immediately respond to a request for comment on the investigations.

He has faced increasing calls to resign since the controversy arose, including from Republican politicians, but has repeatedly said that he remains committed to serving his term.