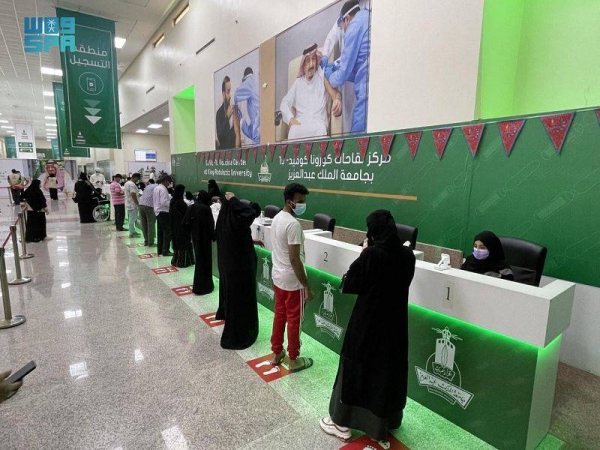 Al-Baha topped the Kingdom’s regions in the percentage of people vaccinated with two doses of coronavirus vaccines achieving 65.1 percent of the population in the region.
Riyadh ranked second with 64.8 percent and the Eastern Province came third with 64.1 percent, according to latest figures released by the Ministry of Health.Makkah region achieved 57.6 percent of the population of the region. Asir came with 54.9 percent, with Jazan 52.5 percent, Tabuk 51.4 percent, Madinah 49.8 percent, and Hail 49.6 percent in that order.

The number of total doses given in the Kingdom so far has reached 40,86 million doses, while 23.08 million people received at least one dose.
#coronavirus  #vaccines
Add Comment