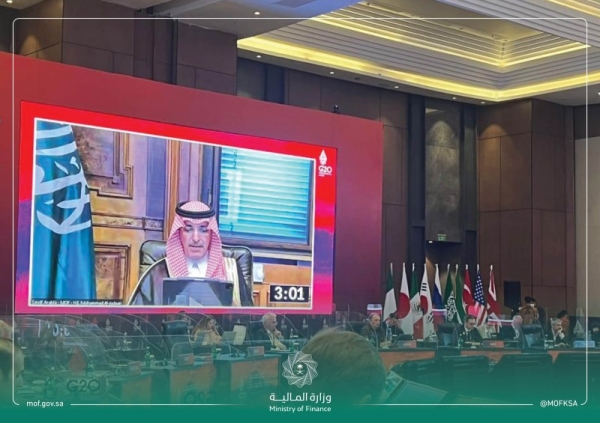 The Minister of Finance Mohammed Bin Abdullah Al-Jadaan participated virtually Tuesday in the first meeting of the joint finance and health ministers of the Group of Twenty (G20), which is being held under the Indonesian presidency.
Finance and health ministers from the G20 countries attended the virtual meeting, as did a number of representatives of the invited countries and heads of international and regional organizations.

In his speech during the meeting, the Al-Jadaan affirmed the importance of cooperation between the ministers of health and finance in mobilizing efforts to build a basis for pandemic prevention and preparedness in the future, stressing the need for the health system’s resilience to remain the basis for future action to prevent and respond to pandemics.

It is worth mentioning that the meetings of the G20 ministers of finance and health began during the Japanese presidency in 2019 and continued during the Saudi presidency, with the aim of addressing the outbreak of the coronavirus (COVID-19).

It was during the Saudi presidency that the G20 leaders committed during the extraordinary meeting to increase support for the prevention of pandemics and closing the gaps potential.

Also, during the Italian presidency, a working group of the G20 was launched, consisting of experts from the ministries of finance and health, in accordance with Saudi Arabia's recommendation.

This working group was established with the support of the World Health Organization; the Organization for Economic Cooperation and Development, and other relevant international organizations.
#Coronavirus  #COVID-19  #Covid
Add Comment