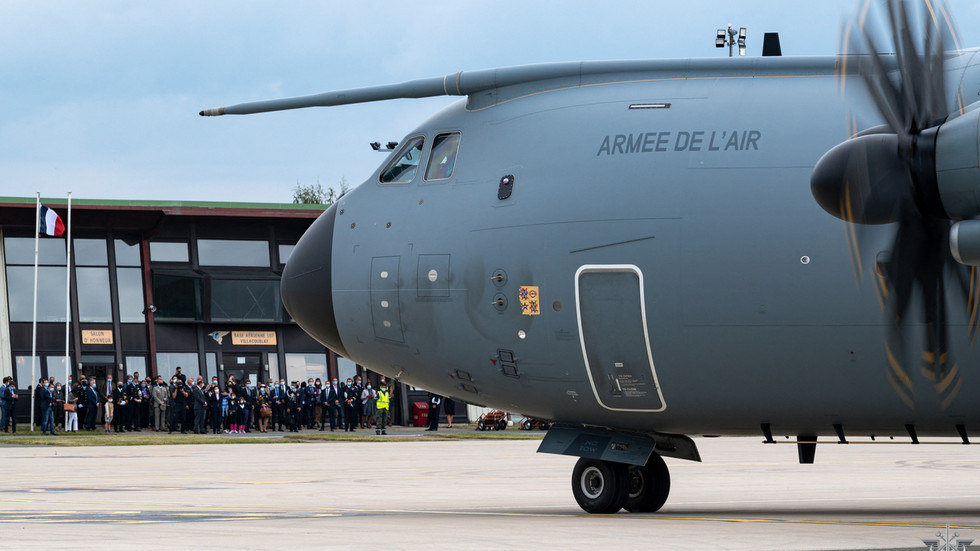 Algeria has closed its airspace to French military planes amid a row between Algiers and Paris, a spokesman for the French military said. The route had been used to transport French troops for an operation in West Africa.
The French military became aware of Algiers’ decision on Sunday morning when they filed another flight plan with Algerian officials but were denied overflight authorization, Colonel Pascal Ianni, a spokesman to the French Chief of the Defense Staff, told the media.

France had used the route to deploy troops and deliver supplies to the West African Sahel region south of Algeria, where it is engaged in an anti-terrorist ‘Operation Barkhane’. The operation launched in 2014 against Islamist insurgents in the region involves French troops as well as forces from Burkina Faso, Chad, Mali, Mauritania and Niger.

Algiers’ decision “does not affect the course of conduct of the military operations,” Ianni said, adding that the French military would “adapt” and there would be no reasons to “worry about the operations.” Intelligence-gathering missions in northern Mali carried out by Reaper drones were not affected by Algeria’s decision in any way, he added.

Algiers has not issued any official comment on the development so far.

The news comes amid a bitter row between the Maghreb state and its former colonial ruler, France. Earlier this week, Paris made what it called a “drastic” and “unprecedented” but “necessary” decision to limit the number of visas available for people from Algeria, Morocco and Tunisia. France accused the three North African nations of not taking back migrants that France does not want to keep.

The move was immediately slammed by Algeria and the French ambassador was summoned to Algiers over the issue. Tensions were then further stirred up by President Emmanuel Macron, who, according to Le Monde, accused Algeria’s “political-military system” of rewriting the nation’s history and provoking “hatred of France” in Algerian society.

The French leader also reportedly questioned whether there was an Algerian nation before French colonial rule as he met with the descendants of Algerian war veterans on Thursday. This comment sparked particular anger in Algiers, according to an Algerian government source who spoke to Reuters.

Algeria branded Macron’s words “inadmissible interference” into the nation’s internal affairs and recalled its ambassador to France in response.

Algeria won its independence from France back in 1962 following a bloody seven-year-long war that led to numerous casualties on both sides.
Add Comment