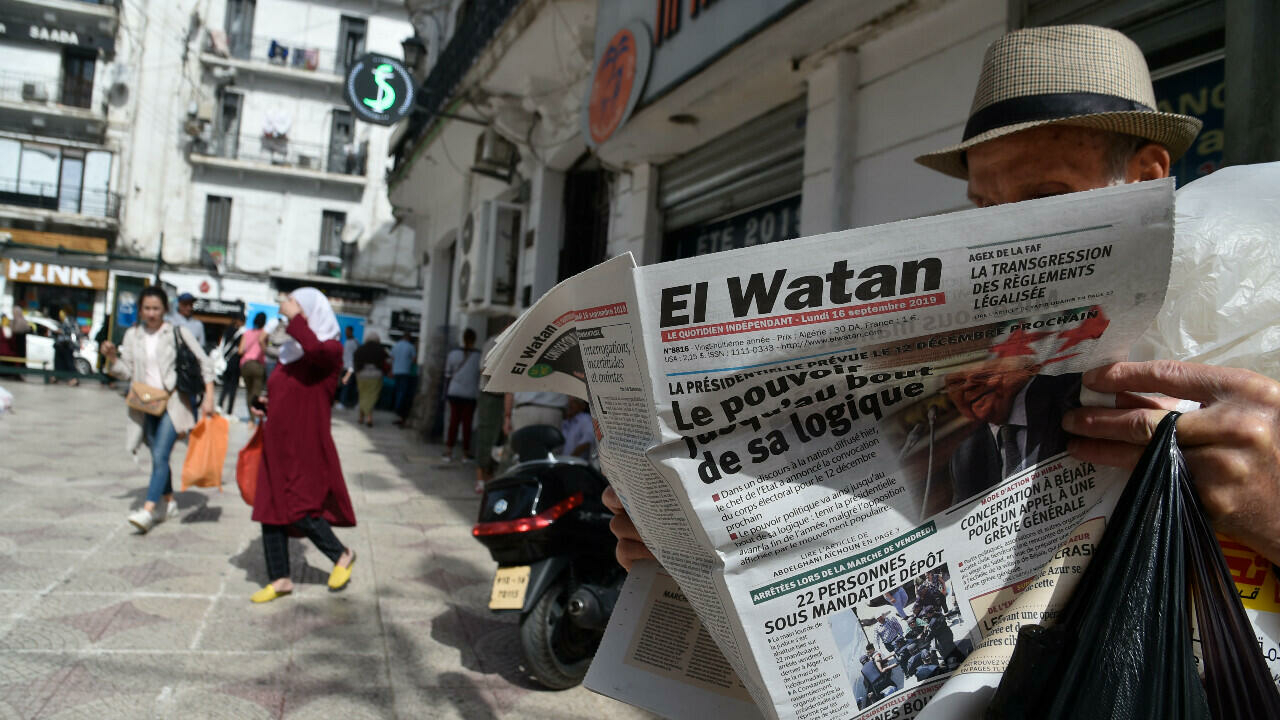 A number of independent Algerian newspapers, prestigious francophone daily El Watan chief among them, are undergoing a period of crisis aggravated by political and economic pressures that may threaten their existence. This situation raises questions about the future of Algerian media, and more broadly about freedom of the press.

The Algerian independent press is facing an existential crisis. Many publications created when the media landscape was opened up to the private sector in the late 1980s have been forced to cease activity in recent decades. This was the case for French daily Le Matin in 2004 and for Liberté, a flagship of the Algerian independent press, which closed its doors in April. "Financial and economic hardships" were cited as the reasons for the closure of the daily belonging to Issad Rebrab, a wealthy businessman.

Employees of Liberté tried to purchase the title, but its owner rejected this option for "political reasons", as described by some.

Two months later, before the shock of Liberté‘s closure had worn off, a new tremor reverberated across the Algerian journalism scene. Deprived of advertising income, the prestigious francophone daily El Watan ("The Homeland"), which appeared in Algeria in 1990, also found itself in tough spot.

Its income had been significantly slashed by the Agence Nationale d'Édition et de Publicité (the "National Publishing and Advertising Agency", or Anep), the state advertising distributor, which unilaterally broke its contract during the term of President Abdelaziz Bouteflika. This happened during the same time the paper decided not to support a fourth term for the president in 2019.

The authorities pressure public and private companies - both Algerian and foreign - not to buy advertising space in the newspaper due to its "independent" editorial line, in view of gradually closing down El Watan.

Faced with this prospect, the newspaper's employees decided to go on two-day cyclical strikes, starting on July 13 and 14, to protest several months' "non-payment of salaries".

In an article published on the front page on Tuesday, July 12, El Watan's board of directors sounded the alarm on the financial situation of the title originally founded by a group of journalists. "For the 150 employees, the social situation has become critical and has exceeded the tolerance threshold, especially as horizons are closed to any hope for a way out of the financial stranglehold the company is undergoing," it warned.

The board of directors also criticised the decision of the tax authorities and its crediting bank Crédit Populaire d'Algérie (CPA) “to freeze the company's accounts despite continuous attempts to find a solution to the problem”, noting that “numerous appeals to the public authorities have been in vain”.

The tax authorities and the Algerian bank are demanding payment of tax arrears dating back to the beginning of the pandemic, when the government allowed companies to defer payment of their taxes.

FRANCE 24 spoke to a journalist from El Watan on the condition of anonymity. He described an "atmosphere of sadness in the corridors of the newspaper". "All scenarios come to mind while imagining the end of an old newspaper like ours, except for a closure for financial reasons” he added.

He explained that "the journalists understand the situation perfectly well and have accepted not to receive their salaries for five months, but their patience has its limits.”

The journalist was critical of the newspaper's owners, pointing out that "for years, their mismanagement has led to an accumulation of debts".

The newspaper condemns the tax authorities

“Journalists and employees of El Watan went on strike without conviction because they love the newspaper and have been working there for years," he continued. “But after a long wait, the owners did not try to resolve the crisis, so they decided to stop work” he went on. He also warned that other initiatives will be taken starting next week if the situation remains the same.

In a statement posted on social networks on July 12, the newspaper's trade union stressed that employees "note with regret that in addition to its inability to find a way out of the crisis, management has not yet proposed any serious dialogue with its social partner".

Mohamed Tahar Messaoudi, the newspaper's current director, told the Middle East Eye website that "it was the tax authorities that refused to give a deadline for paying taxes and debts". What made the situation worse, he said, was "the refusal of the company's bank to lend its newspaper enough money to pay the employees' salaries".

Describing the bank's decision as "unjustified" because the newspaper "still held financial assets that could allow it to pay its debts", Mohamed Tahar Messaoudi called on the strikers to "open a constructive dialogue with the administration".

After Bouteflika's regime fell in 2019, El Watan's bosses breathed a sigh of relief and hoped for the return of advertising revenue. However, it ran an article accusing the sons of General Ahmed Gaïd Salah, a pillar of the system in power at the time, of corruption which apparently put an end to the dream of relaunching the newspaper and bringing it out of its financial agony, according to the Middle East Eye.

While the situation of El Watan is very worrying, other media are also threatened with extinction. Several human rights and press freedom organisations such as Reporters Without Borders (RSF) have consistently sounded the alarm about the media situation in Algeria, where "the media landscape has never been so deteriorated.”

RSF wrote on its website in the Algeria page that "the private sector has been suffering since 2019, and several media outlets and television channels have had to close down, particularly because the media outlets are deprived of advertising". Moreover, state subsidies are only granted to public media or to private media close to the regime, the NGO added.

"In Algeria, the press comes up against a series of red lines", states RSF. "Simply mentioning corruption or the crushing of demonstrations can invite threats and police interrogation."