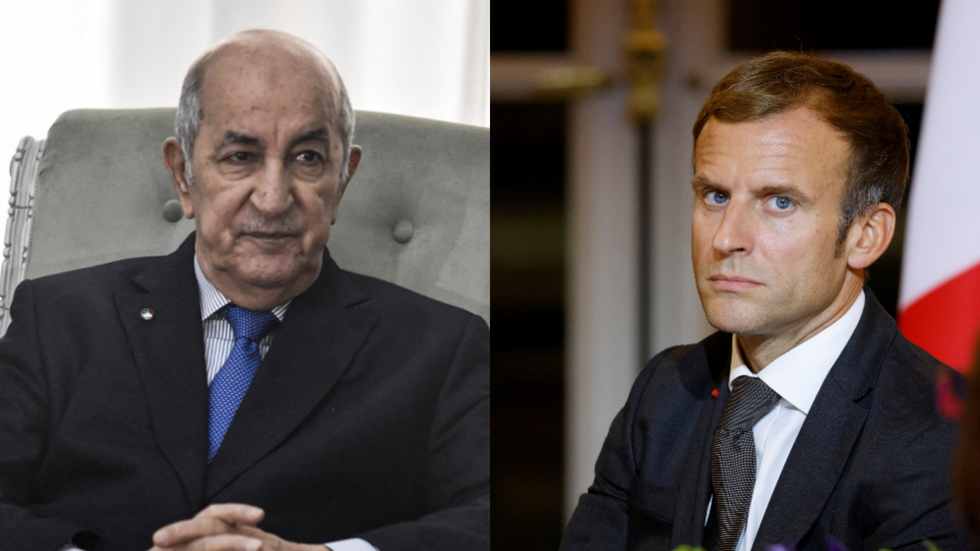 Algeria recalled its ambassador to France and accused its former colonizer of “interference,” after French President Emmanuel Macron criticized the country’s government. Meanwhile, a visa row has erupted between the two nations.
The ambassador was recalled on Saturday after French President Emmanuel Macron this week criticized the “political-military system” that emerged in Algeria after the former colony won independence in 1962, and supposedly formented a “hatred of France” in Algerian society.

“Was there an Algerian nation before French colonization?” Macron reportedly asked during a meeting on Thursday with descendants of Algerian war veterans, according to Le Monde.

Macron’s comments angered Algerian officials, and a statement from President Abdelmadjid Tebboune’s office read on Algerian public television expressed “categorical rejection of the inadmissible interference in its internal affairs that these comments constitute.”

While Tebboune and Macron bicker over history, the two countries are currently embroiled in a more pressing dispute over visas. The French government announced on Tuesday that it would slash the number of visas available to people from Algeria, Morocco and Tunisia, complaining that those countries are not taking back enough of their illegal immigrants sent home by French authorities.

Algeria’s Ministry of Foreign Affairs slammed what it called a “unilateral decision of the French government,” and summoned the French ambassador to Algiers.
Add Comment