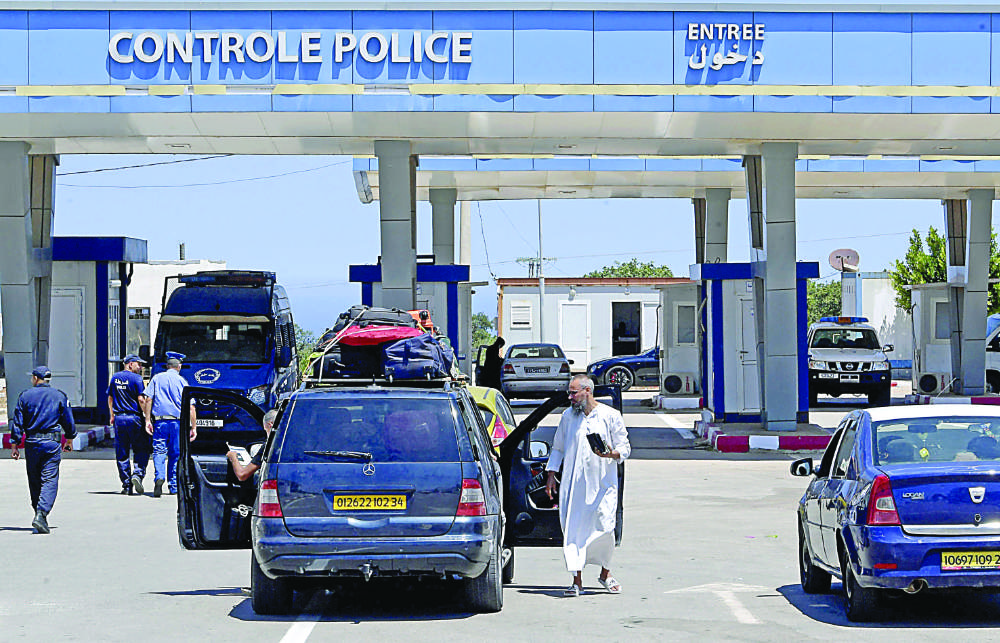 After two years of closure, nine border crossings between the two countries reopened at midnight on Thursday. The decision to reopen the crossings was announced by Algeria’s President Abdelmajid Tebboune to his Tunisian counterpart Kais Saied, on July 5, during Algeria’s independence day celebrations.

The Melloula border post, near Tabarka where an AFP team was deployed, traditionally sees the most traffic, according to Tunisian national guard official Jamel Zrig.

Visitors showed vaccination certificates and other Covid-related documents to customs officials in a building adorned with the inscription: “Welcome to our Algerian brothers, in their second country, Tunisia.” Jana Galila, an Algerian pensioner, said she was “very, very happy” to return to Tunisia.

“We had been waiting for (the border to reopen) ... with impatience,” she said as she prepared to enter Tunisia for holidays.

Nearly 3 million Algerians traveled to Tunisia in 2019, equating to one third of foreign visitors in a year, signaling a recovery in Tunisia’s tourism sector after it was hit by a string of terror attacks in 2015.

Following the onset of the COVID-19 pandemic, border crossings between the two countries were closed on March 17, 2020, remaining open only for emergencies.

Algerians typically travel to Tunisia for tourism, visiting the popular seaside resorts of Annaba and Constantine, to visit family or to undertake medical treatment.