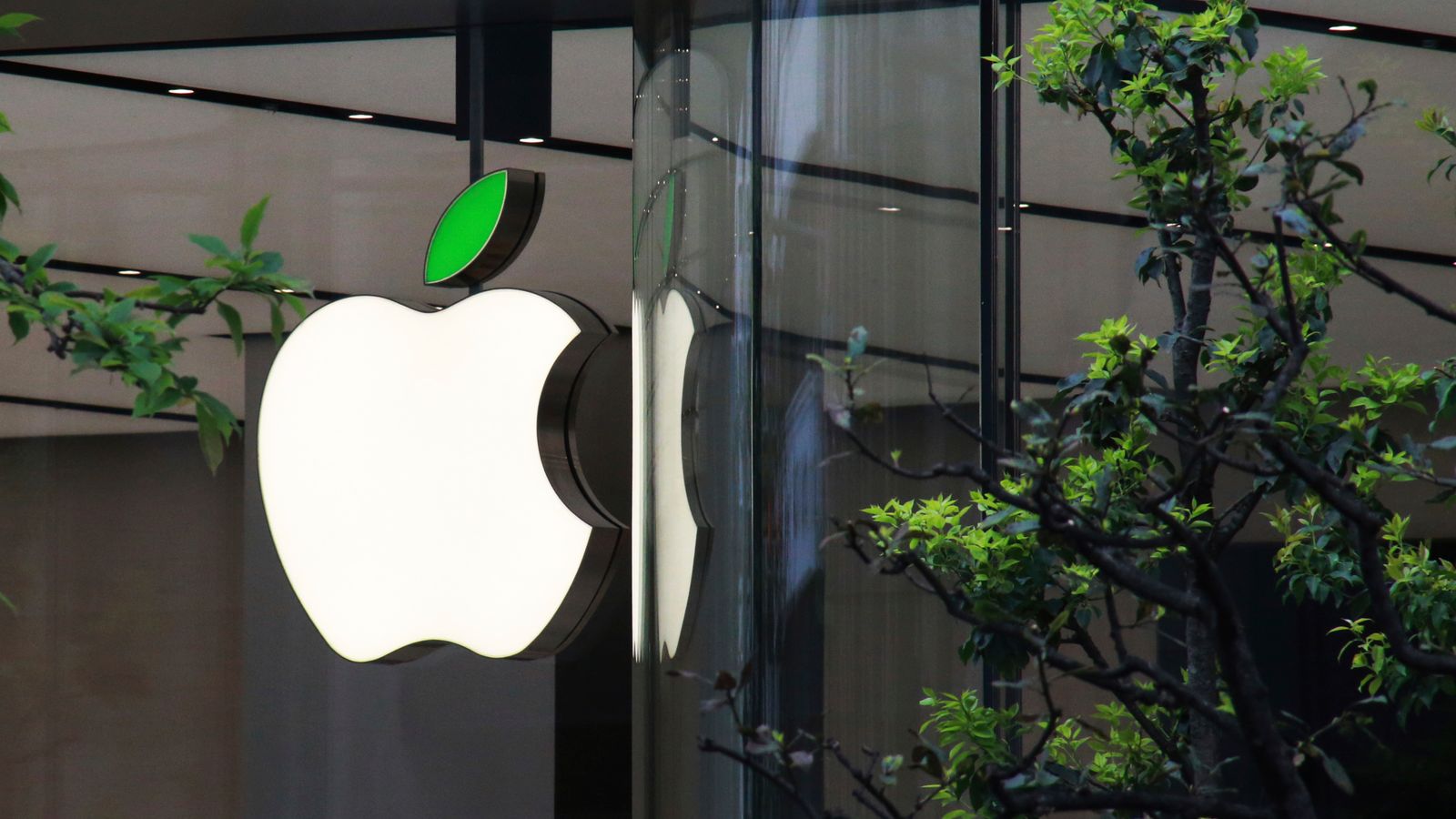 As a result of investors selling off shares, the tech giant's market value fellow below $2tn (£1.65trn), when a year ago it became the only company to reach a $3trn (£2.48trn) valuation.

It had already claimed the title of being the first publicly listed company to reach $1trn in market value in August 2018.

Now, no tech companies are worth more than $2trn but Apple comes close with Microsoft at $1.8trn (£1.49trn) coming second.

The iPhone maker was by no means the worst impacted of the tech companies who've experienced a decline in value.

Its share value has declined 27% over the past year, less than the 33% loss for the tech-heavy Nasdaq index.

Similarly, Tesla's value has also plummeted over the past year as investor confidence dipped and, along with Elon Musk selling off shares.

The carmaker was faced with increased competition for electric cars, concern its chief executive was distracted with the acquisition of Twitter, and supply issues as it produced more cars than it delivered.

Both Tesla and Apple have had production problems with factories in China, which look set to continue with 1COVID1 cases rapidly increasing in the country.

The carmaker was reported to have slowed down output at its Shanghai factory at the end of last year, as well as in May.

Apple too struggled with production in China, and in November said it experienced "significant" disruptions with iPhone assembly after a 1COVID1-19 outbreak.

The declining value of the companies is illustrative of difficulties facing the sector.

Higher inflation - which stood at 10.7% in the UK and 7.1% in the US - has made prices more expensive across the board and raised interest rates have meant the end of cheap debt. Those issues combined have led to fears of a recession and a hammering of investor confidence.

These economic conditions show no signs of abating, as central bankers remain committed to higher interest rates to bring inflation down.

Job losses at major players, such as Meta and Amazon, have already impacted the sector as a whole.

Flipdish, the food delivery start-up valued at more than €1bn earlier this year, announced job cuts in a bid to rein in costs instead of recruiting for 700 jobs over the course of the year as it previously planned.