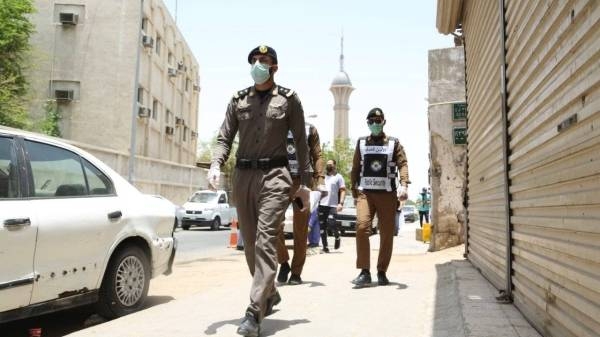 Asst. Deputy Attorney General: No arrest will be made without a legal ground

Assistant Deputy Attorney General Fahd Muhammad Al-Rashoud affirmed the Saudi Public Prosecution’s keenness not to arrest any individual without a legal basis.
In an interview with Okaz/Saudi Gazette, he said that defendants’ rights are protected under the Shariah and the Saudi legal systems.

Al-Rashoud revealed that there is a department to monitor the prisons of the General Investigations (Mabahith). He pointed out that there are no difficulties in monitoring violators on social networking sites, and applying the regulations to everyone without discrimination between citizens and residents.

He said the new sections of prosecutions announced by the Attorney General last week are related to competencies derived from the prosecution systems, penal procedures, imprisonment and arrest.

He noted all these prosecutions would be based at the headquarters of the Public Prosecution Office in Riyadh.Referring to cybercrimes, Al-Rashoud stated that these crimes constitute a higher percentage of the crimes handled by the Public Prosecution, due to the ease of dealing with technology and its spread.

“The Public Prosecution has set up the Prosecution Monitoring Center, which monitors around the clock abuses on social media,” he said.

Al-Rashoud said that monitoring and investigating cybercrimes is not difficult because it relies on digital evidence and the capabilities of the Public Prosecution, criminal investigation authorities, and criminal evidence, which enables easy access to the offender, his arrest and his referral to the competent judicial court.

“The mission of the Public Prosecution is represented in its constant keenness to carry out its statutory duties to protect society from crime and confront it, achieve stability and security, and preserve the nation’s security, social and economic gains by seeking to implement regulations to deter criminals and impose the most severe judicial penalties against them,” he said.

Al-Rashoud said the Public Prosecution helps the judiciary to take appropriate judgments for those committing crimes and this is through its focus on investigations, carrying out the necessary procedures such as the court procedures based on substantial evidence in achieving criminal justice, issuing judicial rulings, and then supervising their implementation.

At the same time the Public Prosecution makes sure that no one is arrested in prisons or detention centers without a legal document issued by a competent authority against him in addition to allowing him to enjoy his legal and statutory rights.

“We call upon every citizen and residents to respect the rules and regulations and stay away from crimes, and that the Public Prosecution applies the regulations to everyone without discrimination, especially in the case of cybercrimes,” he added.
Add Comment