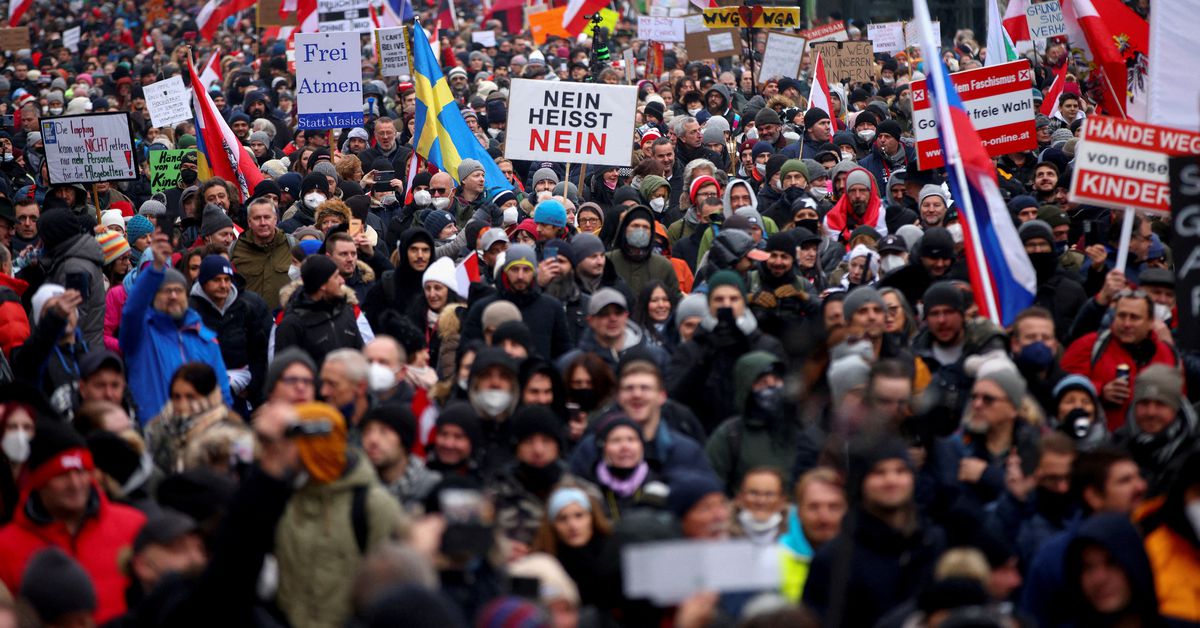 Austrian leaders appealed for national unity after a doctor who faced death threats from anti-vaccination activists and coronavirus pandemic conspiracy theorists took her own life.
"Let's put an end to this intimidation and fear mongering. Hate and intolerance have no place in our Austria," President Alexander Van der Bellen said, hailing Lisa-Maria Kellermayr as a doctor who stood for healing people, protecting them from disease and taking a cautious approach to the pandemic.

"But some people have been enraged by this. And these people scared her, threatened her, first on the internet and then also in person, directly in her practice."

The body of the doctor -- who had often given media interviews about fighting the coronavirus pandemic and promoting vaccinations -- was found in her office in Upper Austria on Friday.

Media cited prosecutors as saying they had found a suicide note and were not planning an autopsy.

Austria last month dropped plans to introduce compulsory COVID-19 vaccination for adults, saying it was unlikely that the measure would raise one of western Europe's lowest vaccination rates.

Tens of thousands of people had marched in regular protests against lockdowns last year and plans to make vaccinations mandatory, highlighting a social divide over public health measures that many countries have experienced.

But the doctor's death -- which the Austrian physicians' association said reflected a broader trend of threats against medical staff -- shocked the country.

Oh ya 13 days ago
So to put this another way is saying while she pushed the clot shot the public found out that she was lying at her many public appearances about it being safe and affective with even Brix admitting to now that she knew they did not stop infection and because of this the doctor killed herself because she finally realized she killed and harmed many people. There fixed the story for you
View all comments (1)Add comment