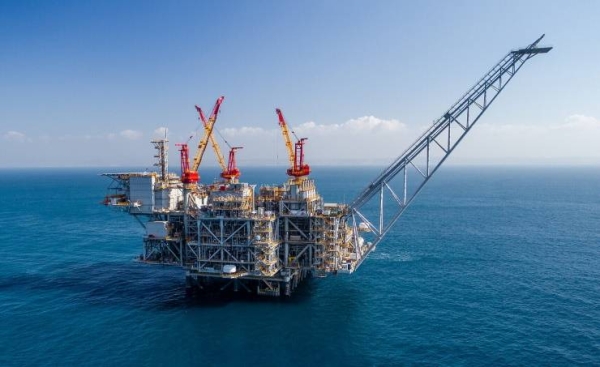 Bahrain's National Oil and Gas Authority (NOGA), in cooperation with the Italian Eni oil company, has started drilling the first exploration oil well in Block No. 1, which is an offshore area of over 2,800 km2, situated in the northern territorial waters of Bahrain with water depth ranging from 10m up to 70m, the Bahrain News Agency reported on Wednesday.
The drilling is part of the exploration and production sharing agreement signed between NOGA and Eni on May 1, 2019, to pursue petroleum exploration and production activities.

The oil minister highlighted NOGA’s strong relations with the Italian company, Eni, which is one of the largest international companies that possess advanced technologies, long experience, and qualified competencies in the field of drilling and exploration, adding that the move marks is one of the important moments in investing in the kingdom’s marine natural resources.

He indicated that the Italian company, Eni, had already completed environmental and seabed surveys, ahead of the commencement of the drilling, adding that drilling operations are likely to continue for several months.

The minister stressed that exploration and exploration operations require several attempts, effort, time and continuous coordination with a number of the world's specialized companies to achieve the forecast economic goals.

The minister pointed out that Tatweer Petroleum Company had carried out a series of advanced geological and geophysical surveys, and drilled a number of experimental wells, noting that the results contributed to enhancing the high probability of the existence of quantities of oil and gas in the offshore areas.

He asserted that Tatweer Petroleum had completed all the technical and logistical preparations and procedures to pave the way for major international oil companies to invest in marine blocks (2,3,4), thus attracting these specialized international companies to sign exploration and production-sharing agreements.

It will also participate in international oil forums to meet with a number of specialized international companies and highlight Bahrain’s investment opportunities.

Under the terms of the Exploration and Production Sharing Agreement, Eni is committed to drilling the exploration well, and conducting a number of geological studies.

If encouraging results are reached, the company may move to the later stages of the agreement, which may include conducting geological and seismic surveys and drilling additional wells in this block.
Add Comment