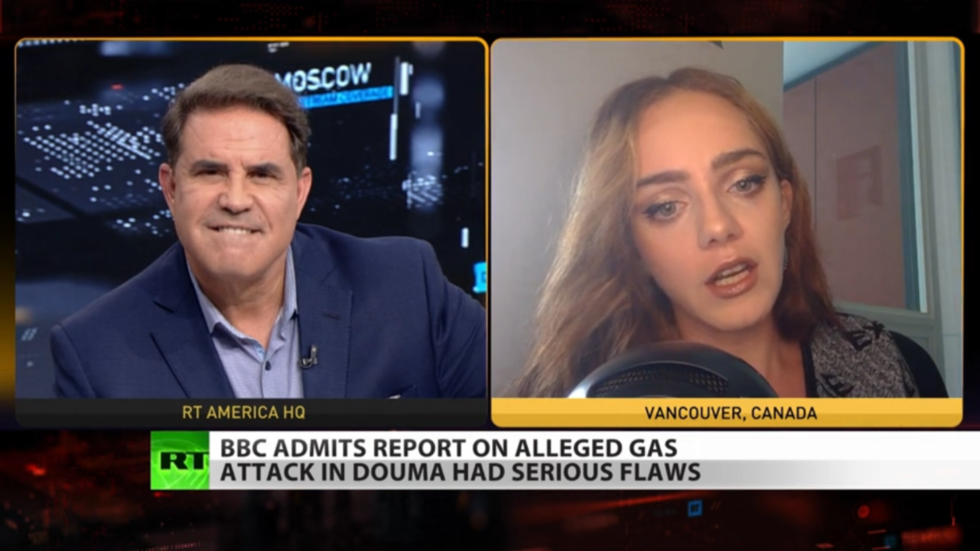 The BBC has admitted that its coverage of the alleged Douma gas attack in 2018 contained insinuations that seriously misled its audience and inaccurately characterized the motives of OPCW whistleblower "Alex" as motivated by money and by making unwarranted connections between Russian and Syrian "state views" and the editorial mission of WikiLeaks.
RT America's Alex Mihailovich shares the details. Then columnist Mila Ghorayeb joins Rick Sanchez to discuss declining editorial standards and how caricaturing Syrian President Bashar Assad serves to manufacture consent for unnecessary western intervention in Syria.

RT America's Faran Fronczak joins Rick Sanchez to discuss Virginia officials' momentous decision to remove the statue of Confederate General Robert E Lee from its capital city of Richmond. The removal is planned for Wednesday. She points out that General Lee did not want monuments to the Confederacy to be built in the first place.

More than half a million people remain without power in communities across Louisiana struggle to rebuild in the aftermath of Hurricane Ida. RT America's Mollye Barrows reports.
Add Comment