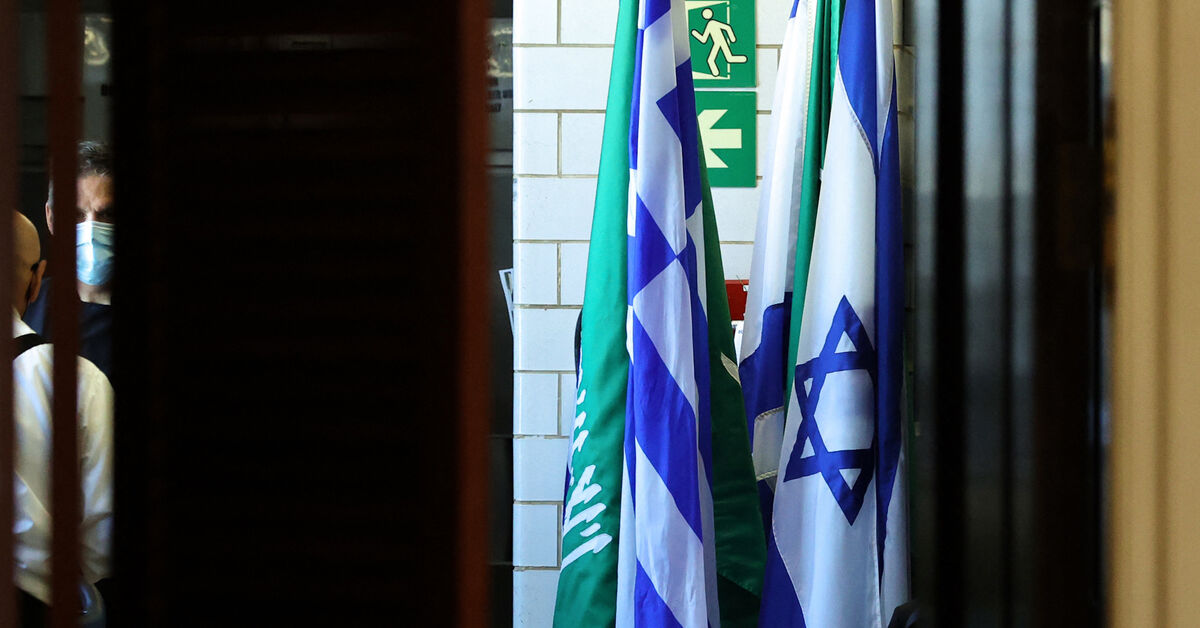 They began with the emergency repairs to Israel’s broken-down relations with Jordan’s King Abdullah, continued with restoring trust with Egyptian President Abdel Fattah a-Sisi in a Sept. 13 meeting in Sharm al-Sheikh, a significant upgrading of relations with Morocco (with which Defense Minister Benny Gantz signed a security alliance at the end November), Israeli involvement in efforts to restore calm in post-coup Sudan, a significant deepening of relations with Bahrain and even the beginning of a surprising if not yet substantive conciliation in Israel's chaotic relationship with Turkish President Recep Tayyip Erdogan.

Saudi Arabia would be a jewel in the crown of Israel's normalization with the Arab world. Bennett and Foreign Minister Yair Lapid are investing tremendous efforts to break through the stalemate reached between the Saudis and former Prime Minister Benjamin Netanyahu, who provoked Saudi ire to dangerous levels when his associates allegedly leaked his secret November 2020 meeting with Crown Prince Mohammed bin Salman. But breaking the ice with the Saudis and bringing Israel’s special, clandestine relationship with them into public view would require input from the Biden administration, which is much more suspicious of Riyadh than the Trump White House.

Meanwhile, Bennett is investing great efforts in consolidating the regional alliance initiated in Netanyahu’s term. He is battling Iran’s growing influence in the region and fear of the ayatollahs’ fury.

Bennett is offering solutions. His meeting this week with Emirati Crown Prince Mohammed bin Zayed was described by one of his associates on condition of anonymity “pure, unadulterated pleasure.” According to Israelis who were there, the feeling was mutual.

For most of the time, nearly four hours, Bennett and bin Zayed were alone in the room, a very rare occurrence in top-tier diplomatic meetings. Bennett set out three goals for his visit to Abu Dhabi: establish direct, personal and credible ties with bin Zayed, assuage Emirati concerns regarding Israel’s political stability and the new government’s commitment to the alliance between the two states and accelerate progress in the economic and business relationship. According to his aides, he achieved all three.

Iran was not mentioned in official statements nor in off-the-record media briefings, but it was discussed intensively behind closed doors. Bennett is operating at a certain disadvantage compared to Netanyahu. The Trump administration, which played a dominant role in laying the foundations of Israel’s new relationships in the Arab world, has been replaced. The Biden administration's presence in the region is markedly reduced and Bennett has a large gap to fill.

A source familiar with Bennett's thinking, speaking on condition of anonymity, said the the prime minister had dubbed the Emirati crown prince “the architect of the new Middle East as we know it.” Bennett, he said, felt that a real friendship had been formed. Bennett himself was quoted as saying this week, “We are both proud believers. I am a Jew in the deepest sense possible; bin Zayed is a religious and proud Muslim. We both therefore do not lack confidence in our origins and the depth of our roots provides us with the self-confidence for outward openness.”

Israel is in the lead in the current arms race, with its capabilities in intercepting drones and missiles, said Israel Air Force Commander Maj. Gen. Amikam Norkin Nov. 23 at Reichman University's Security and Policy Conference. Israel could conceivably be discussing with its friends in the Gulf and beyond a network of sensors enabling advance warning of the drones and missiles Iran has deployed among its proxies in the region from Syria and Lebanon all the way to Yemen.

The prime minister has been explaining in meetings and encrypted phone calls the steps Israel is taking ahead of new developments on the Iran nuclear issue. In addition to a sizable increase in the budget allocated for a military buildup, Israel is taking additional clandestine measures to shore up the military option. Bennett busily making Israel’s allies in the Middle East aware of these measures as he tries to slow Iran’s growing influence and the West’s declining interest.

Unlike Netanyahu, Bennett knows how to listen. When assuming office, Bennet pledged to avoid making hollow promises, lying or misleading his interlocutors. I will say what I can do and say what I cannot, he reportedly said at one of his diplomatic meetings. Bennett knows that Netanyahu’s biggest problem was credibility. Although lacking Netanyahu’s abundant charisma, Bennett is working to fix the credibility problem. So far, it is going well.
Add Comment