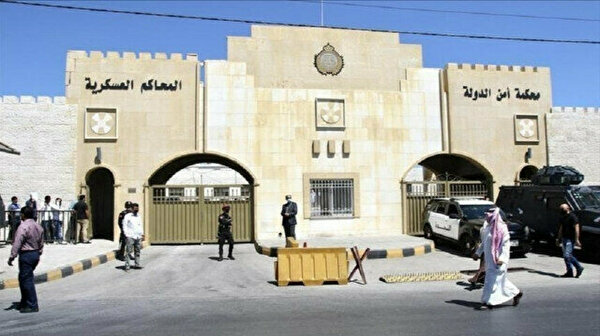 Beyond pleasantries: How Jordan sees relations with Saudi Arabia?

Experts agree Jordan-Saudi relations faced stumbling blocks, but good relations inevitable for both
Despite the exchange of pleasantries between Jordan and Saudi Arabia, an undeclared state of caution has prevailed in the relationship between the two countries as Riyadh is seen attempting to influence Amman’s positions on a number of regional issues.

Due to their geographical proximity and shared history, the two kingdoms have been married into a strategic relationship that they cannot put in jeopardy despite incompatibility in viewpoints that have placed stumbling blocks in their relations.

Located in a turbulent environment and facing multiple crises including economic challenges, Jordan knows it is not in its interest to create hostility with any party, particularly with Saudi Arabia.

On April 4, the Jordanian authorities announced that "preliminary investigations" showed the involvement of Prince Hamzah - half-brother of King Abdullah II - with "foreign parties" in "attempts to destabilize the security of the country" and "mobilizing citizens against the state."

In a trial that came to be known as the “Sedition Case”, a Jordanian state security court in July issued a 15-year sentence against two former officials involved in an attempt to destabilize the monarchy.

The two are Bassem Awadallah, a US citizen and former chairman of Jordan's Royal Court, and royal family member Sharif Hassan bin Zaid.

Saudi Arabia was quick to declare its solidarity with Jordan following the case, a move seen by observers as an attempt by Riyadh to distance itself from any suspicions signal to its involvement in the case.

Keen to maintain good relations with Riyadh, King Abdullah refused in an interview with CNN in July to implicate Saudi Arabia in the case, when asked whether there was a Saudi hand in the matter.

“We all know that Bassem, who used to work in Jordan, is a senior adviser in Saudi Arabia. He holds Saudi and American passports… [but] we are dealing with this as a domestic problem, and … finger-pointing does not help at all. We have enough challenges in the region; we need to move forward,” the monarch said.

In what was seen as a gesture of thanks to King Abdullah, Saudi Foreign Minister Faisal bin Farhan recently visited Amman to convey a message from Saudi King Salman to the Jordanian monarch on ways of strengthening relations between the two countries.

King Abdullah assured the minister that his country’s relations with Saudi Arabia are "solid and unshakable by doubts and gossip".

Fluctuations
Muhammad al-Khraisha, a professor of political sciences at the University of Jordan, described relations between the two countries as “strategic”.

“Their relations, however, witnessed undeclared fluctuations and tensions,” he told Anadolu Agency.

Al-Khraisha thinks this will not change in the near future but hopes King Abdullah’s statements and bin Farhan’s visit “indicate rapprochement and harmony” even if nominally.

Al-Khraisha said Jordan is currently in a “comfortable” position regionally and internationally citing King Abdullah’s visit last month to Washington and the kingdom’s strong relations with Iraq and Egypt.

Hence, he said, Jordan does not want “to lose Saudi support as remittances of Jordanian employees in Saudi Arabia represent an important financial source for the kingdom's economy especially in light of economic difficulties caused by the coronavirus pandemic.”

According to al-Khraisha, Riyadh is also in need of an ally in the region as its alliance with key allies such as the UAE is increasingly becoming shaky and the administration of US President Joe Biden maintains what the analyst described as "the most hardline US policy towards Saudi Arabia.”

He foresees an adherence by both Amman and Riyadh to manage their relations well despite the upheavals that might face them thanks to the regional and international developments.

New Alliances
For Hassan al-Daajah, a professor of political sciences at Al-Hussein Bin Talal University, Jordan’s preference not to openly name Saudi Arabia in the “Sedition Case” was aimed at “maintaining friendly relations” with the oil-rich country.

He concurred with al-Khraisha that King Abdullah’s recent visit to Washington was a message to Riyadh that Amman holds political weight in the region making it a “pivotal” actor.

He expected “a cautious breakthrough” in the Jordanian-Saudi relations in light of the restructuring of regional alliances in reference to the alliance between Egypt, Jordan, and Iraq.

Jamal al-Shalabi, a professor of political sciences at the Hashemite University, believes that "Jordan's foreign policy is characterized by balance and flexibility with other countries.

He pointed to Amman’s increasing relations with Washington as a factor that has “emboldened” Jordan to “disregard the past [turbulent] relations with a number of countries” including Saudi Arabia.

"Neither Jordan nor Saudi Arabia has the desire to have tense relations because it contradicts their political and economic interests in the medium and long term in light of the difficult economic conditions for everyone," al-Shalabi said.

He added, "The future indicates that the Arab countries will either have to integrate into the global political and economic system with self-will and intelligence, or find themselves outcasted and fall into crises that will turn them into weak, fragile, and failed states."
#joe biden  #coronavirus
Add Comment