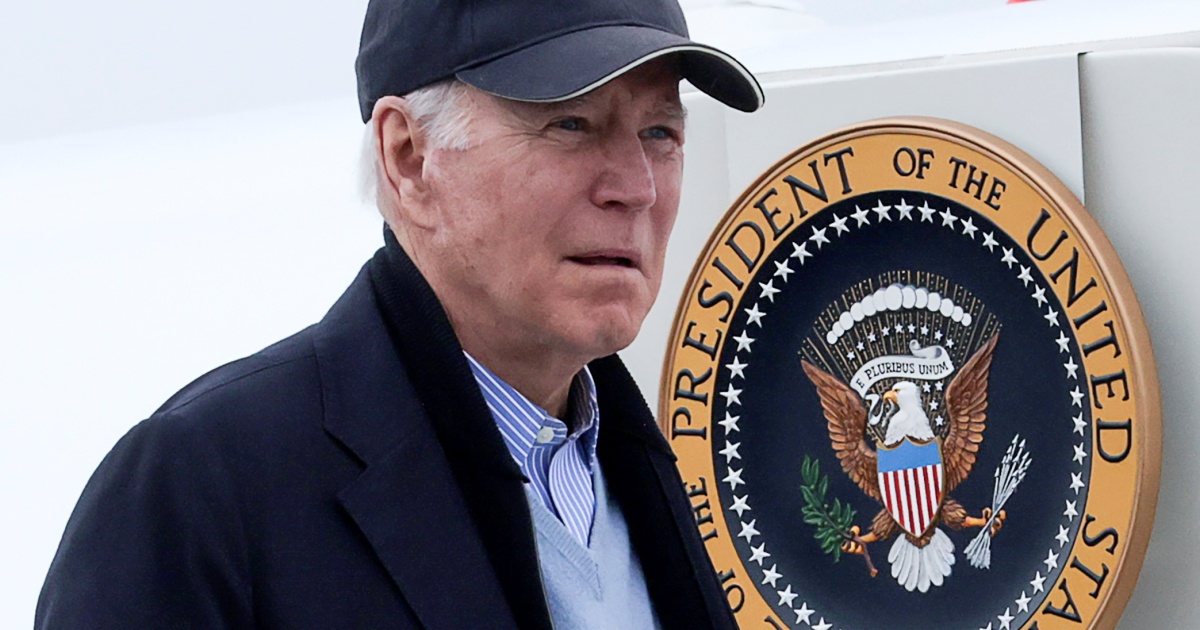 US president approves $777.7bn defence bill after Congress passed it overwhelmingly amid protests from progressives.

President Joe Biden has signed into law a $777.7bn US annual military budget – his first in office – weeks after Congress overwhelmingly passed the bill amid protests from progressives and anti-war groups who had advocated for cutting military spending.

The White House announced that Biden signed the piece of legislation, formally known as the National Defense Authorization Act (NDAA), on Monday, noting that the bill includes a pay increase for the US armed forces.

The US Senate passed the bill in an 89-10 vote on December 15, days after the House of Representatives had approved it in a vote of 363-70.

On Monday, the White House expressed gratitude for the leading members of the armed services panels in the House and the Senate from both major parties. Congress allocated about $24bn more than the Biden administration had requested for the military.

Biden’s approval of the bill was expected; the White House had not voiced any reservations about the increased spending, which took the military budget above its most recent peak of $740bn reached in former President Donald Trump’s final year in office.

Progressive groups and the dozens of lawmakers who voted against the bill have denounced the NDAA, calling for decreasing the defence budget and allocating more funds for domestic priorities, especially after the withdrawal from Afghanistan.

Biden greenlighting the military budget came eight days after Democratic Senator Joe Manchin of West Virginia said he will not vote for the president’s Build Back Better social spending agenda, all but dooming the legislation.

Progressives in Congress have been emphasising that the social spending bill – priced at $1.75 trillion across 10 years, an average of $175bn annually – amounts to a small portion of the military budget.

“I also find it amusing that Sen. Manchin indicates his worry about the deficit after voting just this week for a military budget of $778 billion, four times greater than Build Back Better over ten years and $25 billion more than the president requested,” Sanders said in a statement.

The US military budget is by far the largest in the world – more than triple that of China, which is the second-biggest military spender.

Still, the vast majority of lawmakers from both parties had backed the NDAA, with many lauding the bill for pushing to modernise the US military amid intensifying competition with China.

Republican Congressman Mike Turner called the signing of the NDAA into law “great news” on Monday.

“Now more than ever, our adversaries are advancing their defense capabilities, & this bill provides necessary funding to modernize our nation’s nuclear triad & missile defense system,” Turner wrote on Twitter.

Later on Monday, the White House expressed misgivings about certain sections of the law, including provisions that renew a ban on using funds to transfer detainees from the Guantanamo Bay military detention facility in Cuba to the US or certain foreign countries.

Earlier this year, Biden launched a formal review to close down the facility, which opened in 2002 to house prisoners from Washington’s so-called “war on terror” after the 9/11 attacks. Most of the 39 prisoners who remain at Guantanamo have been held without formal charges.

“In some circumstances these provisions could make it difficult to comply with the final judgment of a court that has directed the release of a detainee on a writ of habeas corpus.”