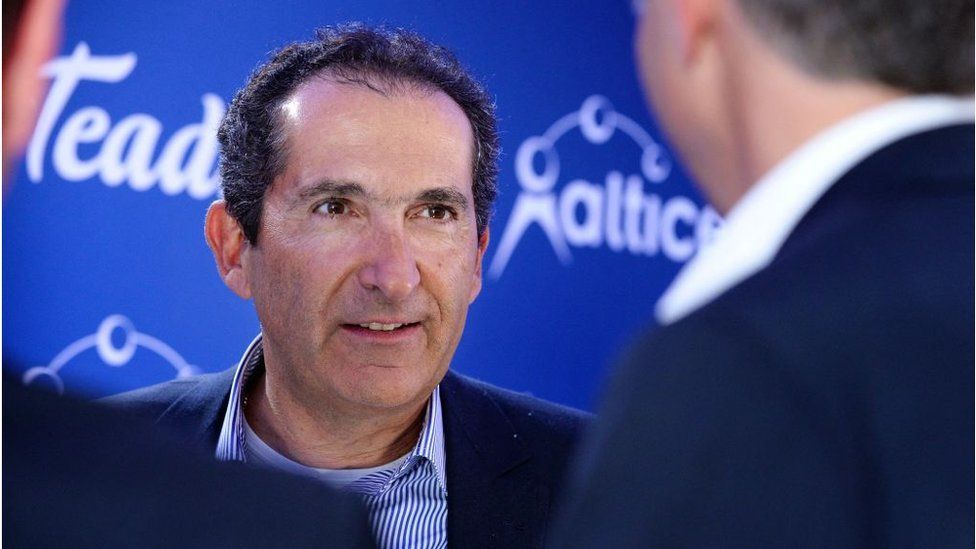 The government is to examine French billionaire Patrick Drahi's increased stake in BT over national security concerns, the telecoms giant has said.

Mr Drahi's company, Altice, increased its investment from 12% to 18% in December, prompting speculation the firm could face a takeover bid.

The Business Secretary will now probe the move using new powers under the National Security and Investment Act.

BT said it would co-operate with the review.

In a statement, BT said that business secretary Kwasi Kwarteng was exercising his "call-in power" under the National Security and Investment Act 2021.

The new legislation came into force earlier this year, giving the government powers to scrutinise, impose conditions on, or block acquisitions on national security grounds.

BT is in the middle of a transformational programme to build a national broadband fibre network, a strategy crucial both to the company and the government, which says it wants to boost regional growth.

Shares in BT fell 4% in morning trading in London.

Mr Drahi, who also owns auction house Sotheby's, first began buying BT shares last June. His purchase of just over 12% of the company, worth £2.2bn at the time, made him the largest shareholder.

He now owns 18% of BT - 12% short of 30% at which point the takeover rules would force him to make an offer for the whole company.

When news emerged of Mr Drahi's increased stake in December, Altice said it did "not intend to make an offer for BT".

Under British takeover rules, that barred Mr Drahi from making such a move for six months.

Karen Egan, a telecoms analyst at Enders Analysis, says that explains the timing of this probe.

"That was December, and we're now almost in June, so it's no surprise we're seeing this now," Ms Egan said.

She said that the government was attempting to "get ahead of the situation" and send a message to Mr Drahi "not to assume" that a bid would be allowed.

"The new bill is designed to protect assets exactly like BT," she said.

"The government is quite sensitive over this, primarily on security grounds. It's very unlikely that they'd be happy with Mr Drahi taking over BT."