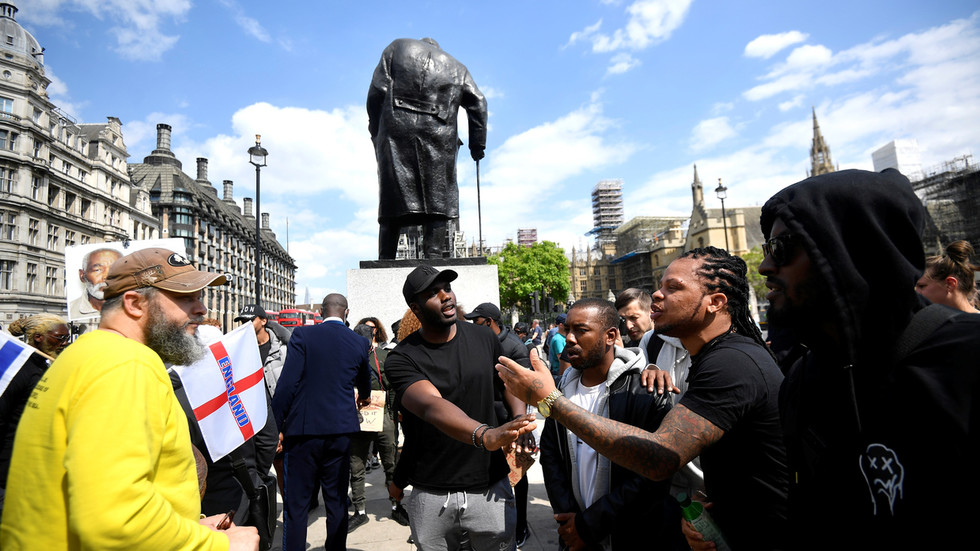 As the UK celebrates Black History Month, a website promoting the event has deleted content featuring claims that white people are “genetically defective mutants”, which had appeared beside taxpayer-funded ads.
The Black History Month website is not run by the British government, but is one of the most prominent outlets promoting the month, and has featured content by prominent British politicians, all of whom pledge their support for the event and pledge to “fight for racial justice”, as Liberal Democrat leader Ed Davey wrote in an article published on the site on Friday.

It has also featured far more provocative and racist content. A 2016 article on the site examined the work of American psychiatrist Frances Cress Welsing, who theorized that white people were originally “genetically defective mutants” who were driven from Africa by the black natives.

Once expelled from the continent, Welsing argued, white people turned to racism and “white supremacy” to “protect this mutation”, and their lack of the skin pigment melanin encouraged their deviation from morality. “Blackness,” Welsing opined, was therefore “an established basis for moral, or more specifically, normal human behaviour.”

The article was still available on the site as recently as this week, according to an investigation by The Telegraph. Alongside the article, the website hosts taxpayer-funded recruitment ads for the British Armed Forces, government agencies and police services, as well as ads for several UK universities.

It was pulled from the site after The Telegraph’s investigation, but other racially questionable content is still live. A 2020 article by the Reach Society – a social enterprise via which black professionals mentor black boys, and that is in receipt of the Queen’s Award for Voluntary Service – states that “Europeans have been encouraged to be morally monstrous to non-Europeans for so long, this behaviour has become second nature”, for example.

The website is linked to a magazine of the same name, and appears as the top search result for ‘Black History Month’ in the UK. Bizarrely, it is run by a white advertising executive and was established as a private business, rather than a charity. However, the executive and his business partner told The Telegraph the site makes only enough money to cover its costs and doesn’t turn a profit.

Its ownership has angered Linda Bellos, a former London councillor who helped launch Black History Month in the 1980s. “The whole purpose of Black History Month is to empower us … I don’t want some white man, or even white woman, playing that role,” she told The Telegraph. “The taking of ideas, and, indeed, the taking of people, was done very successfully by the British. It is called enslavement. I am not talking about his motives, but I am talking about the outcome.”
Add Comment