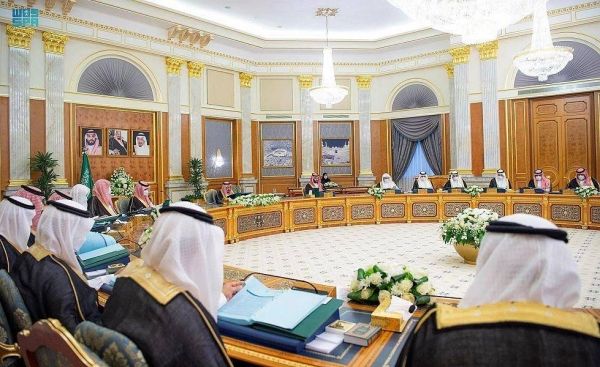 The Council of Ministers on Tuesday approved the rules governing the Competencies and Contractors Program and the controls for securing military clothing.
Custodian of the Two Holy Mosques King Salman chaired the weekly session of the Cabinet at Al-Salam Palace.

During the session, the Cabinet reviewed the recent talks that took place between Saudi Arabia and a number of countries, including the two letters received by the King and the Crown Prince from the presidents of Bangladesh and Costa Rica, as well as the phone call held between the Crown Prince and the Pakistani prime minister.

In a statement to the Saudi Press Agency (SPA) following the session, Acting Minister of Media Dr. Majed Al-Qasabi said that the Cabinet reviewed reports on the latest developments in various arenas and the international efforts being exerted to maintain the security and stability of the region.

The Cabinet appreciated the efforts made to develop the local content in various sectors and maximize its economic impact on the gross domestic product so as to achieve the goals of the Kingdom’s Vision 2030. The session noted that the agricultural sector in Saudi Arabia has reported the highest growth rate in its history, exceeding SR72 billion, with a growth rate of 7.8 percent compared to the previous year.

The Cabinet reviewed several topics on its agenda and took necessary procedures with regard to them.

It also approved two agreements in the fields of employing workers and domestic workers between the governments of Saudi Arabia and Burundi.
#Costa Rica
Add Comment