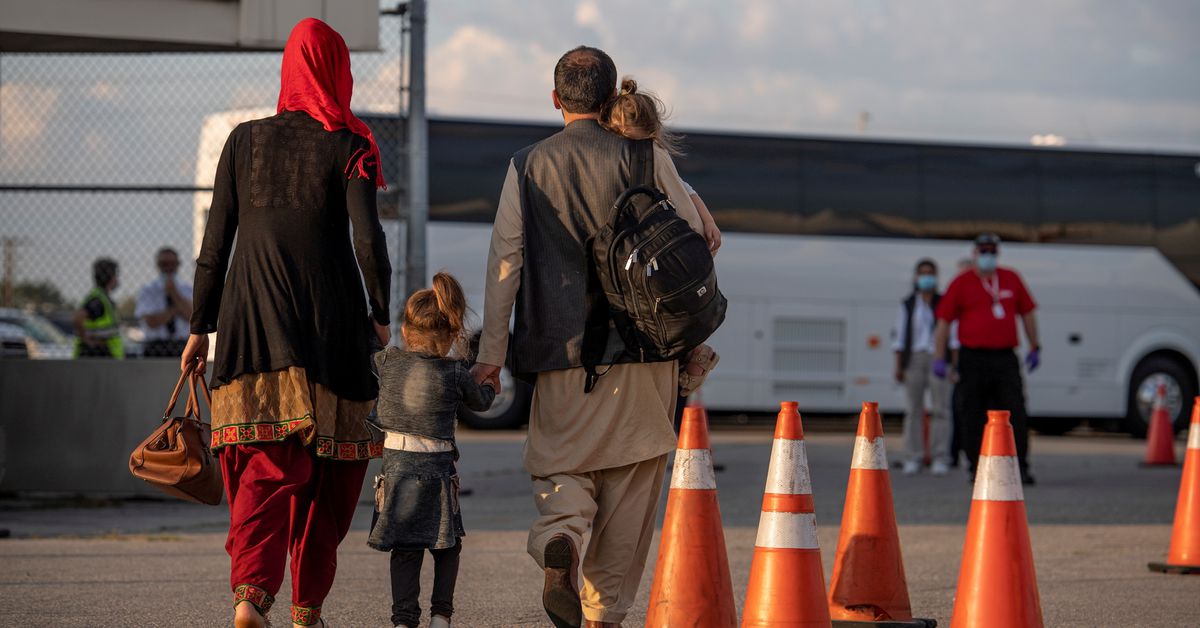 Canada will accept some 1,000 Afghans who fled the Taliban takeover of their homeland and have been held for months in a makeshift refugee centre in the United Arab Emirates awaiting resettlement to the United States and elsewhere, seven sources said.
Ottawa has agreed to a U.S. request to resettle some of the 5,000 Afghans still in Emirates Humanitarian City in Abu Dhabi, the sources said, and Canadian officials were now reviewing cases to identify those who meet Ottawa's resettlement criteria.

It is the first known occasion of Afghans in the facility being resettled to a country to which they do not have direct ties with, such as by having worked with their government in Afghanistan.

Canada's criteria for resettlement of those from the facility include religious minorities, single women, civil servants, social activists and journalists, the sources said.

Beyond the 1,000 people that Canada is taking at the request of the United States, Ottawa is also expected to take roughly a further 500 Afghans from the facility who do have ties to Canada, the sources said.

"It is happening," said a U.S. source, who asked not to be further identified, confirming the Canadian resettlement operation expected to begin this month and end in October.

Asked about the arrangement, the Canadian embassy in Abu Dhabi shared an immigration department statement saying Ottawa's priority was to support vulnerable Afghans getting to Canada.

Emirati authorities and the U.S. Embassy in Abu Dhabi did not respond to requests for comment

Mohammad, who said he was a legal adviser to U.S. government projects in Afghanistan, told Reuters from the facility that he had applied with his family for Canadian resettlement because the processing of their U.S. Special Immigration Visa applications has taken so long.

“Because of the delays, we decided to put our names on the list,” Mohammad said in a telephone interview on the condition that his last name be withheld. Like other Afghans there, he described the conditions in the facility as similar to "jail".

“We have no freedom. We cannot go anywhere.”

Mohammad and his family are Hazaras, an ethnic minority that is overwhelmingly Shi'ite Muslim.

Canada's decision to accept the Afghans brings the temporary refugee centre closer to closing, though sources said there was about another 1,000 who were not eligible to be relocated to the United States and would need resettlement elsewhere.

The UAE, a close security partner of the United States, last year agreed to temporarily house several thousand Afghans evacuated from Kabul as the Taliban ousted the U.S.-backed government during the final stages of the U.S.-led withdrawal.

More than 10,000 have since been relocated from the facility to the United States, while others were resettled to nations to which they had ties such as through working with their government in Afghanistan.

Protests have sporadically broken out at the facility, including last month, over what Afghans complain is a lack of communication and transparency of the resettlement process. There has been at least one suicide attempt, according to sources and Afghans in the centre.

The Canadian immigration department statement said Ottawa plans to resettle at least 40,000 vulnerable Afghans to Canada by 2024. More than 17,650 had been resettled, it added.

Like other Gulf states, the UAE is not a signatory to the 1951 U.N. Refugee Convention and typically does not accept refugees. Foreign diplomats said some Afghans had rejected job offers in the UAE as there was no clear pathway to citizenship.

U.S. officials have said no one would be forcibly returned to Afghanistan and that Washington was working with the UAE and other nations to find "resettlement options" for those Afghans ineligible for resettlement in the United States.

The United States has so far taken in more than 85,000 Afghans since August 2021.
#Afghanistan
Add Comment