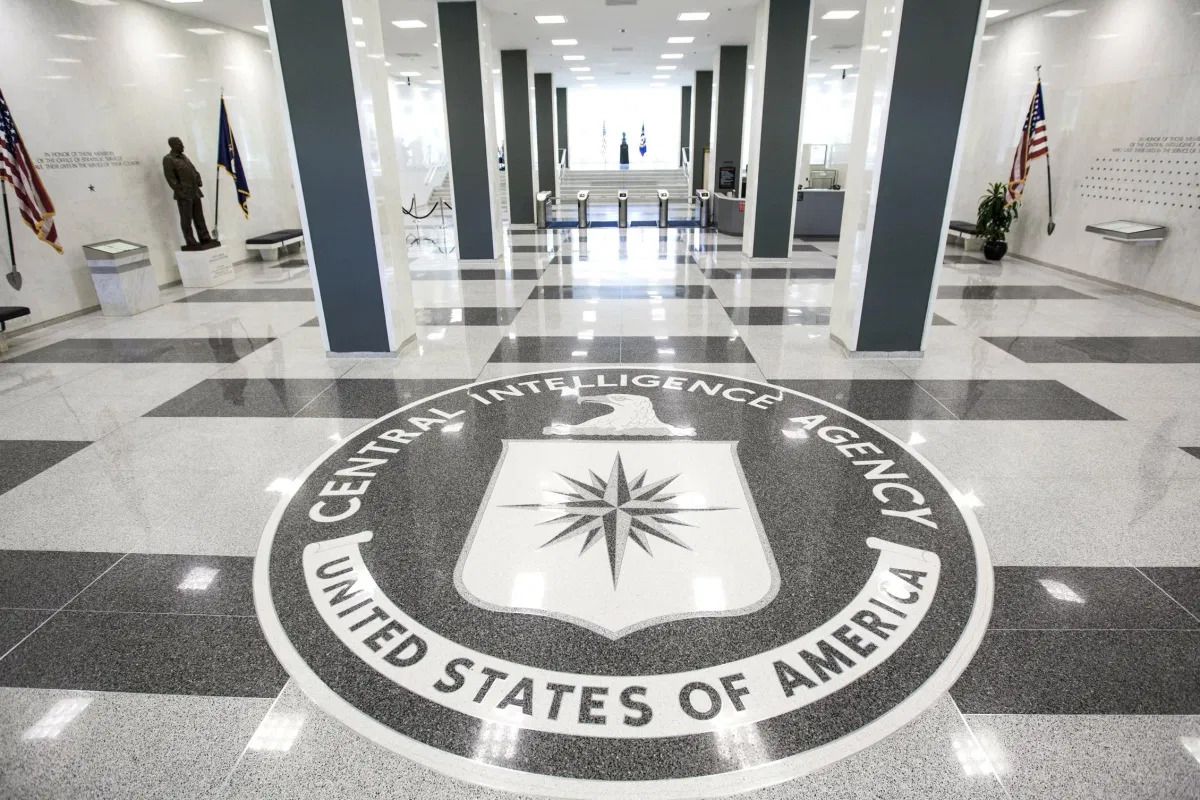 Counterintelligence officials said in a top secret cable to all stations and bases around the world that too many of the people it recruits from other countries to spy for the U.S. are being lost.
Top American counterintelligence officials warned every C.I.A. station and base around the world last week about troubling numbers of informants recruited from other countries to spy for the United States being captured or killed, people familiar with the matter said.

The message, in an unusual top secret cable, said that the C.I.A.’s counterintelligence mission center had looked at dozens of cases in the last several years involving foreign informants who had been killed, arrested or most likely compromised. Although brief, the cable laid out the specific number of agents executed by rival intelligence agencies — a closely held detail that counterintelligence officials typically do not share in such cables.

The cable highlighted the struggle the spy agency is having as it works to recruit spies around the world in difficult operating environments. In recent years, adversarial intelligence services in countries such as Russia, China, Iran and Pakistan have been hunting down the C.I.A.’s sources and in some cases turning them into double agents.

Acknowledging that recruiting spies is a high-risk business, the cable raised issues that have plagued the agency in recent years, including poor tradecraft; being too trusting of sources; underestimating foreign intelligence agencies, and moving too quickly to recruit informants while not paying enough attention to potential counterintelligence risks — a problem the cable called placing “mission over security.”

The large number of compromised informants in recent years also demonstrated the growing prowess of other countries in employing innovations like biometric scans, facial recognition, artificial intelligence and hacking tools to track the movements of C.I.A. officers in order to discover their sources.

While the C.I.A. has many ways to collect intelligence for its analysts to craft into briefings for policymakers, networks of trusted human informants around the world remain the centerpiece of its efforts, the kind of intelligence that the agency is supposed to be the best in the world at collecting and analyzing.

Recruiting new informants, former officials said, is how the C.I.A.’s case officers — its frontline spies — earn promotions. Case officers are not typically promoted for running good counterintelligence operations, such as figuring out if an informant is really working for another country.

The agency has devoted much of its attention for the last two decades to terrorist threats and the conflicts in Afghanistan, Iraq and Syria, but improving intelligence collection on adversarial powers, both great and small, is once again a centerpiece of the C.I.A.’s agenda, particularly as policymakers demand more insight into China and Russia.

The loss of informants, former officials said, is not a new problem. But the cable demonstrated the issue is more urgent than is publicly understood.

The warning, according to those who have read it, was primarily aimed at front line agency officers, the people involved most directly in the recruiting and vetting of sources. The cable reminded C.I.A. case officers to focus not just on recruiting sources, but also on security issues including vetting informants and evading adversarial intelligence services.

Among the reasons for the cable, according to people familiar with the document, was to prod C.I.A. case officers to think about steps they can take on their own to do a better job managing informants.

Former officials said that there has to be more focus on security and counterintelligence, among both senior leaders and frontline personnel, especially when it comes to recruiting informants, which C.I.A. officers call agents.

“No one at the end of the day is being held responsible when things go south with an agent,” said Douglas London, a former agency operative. “Sometimes there are things beyond our control but there are also occasions of sloppiness and neglect and people in senior positions are never held responsible.”

Mr. London said he was unaware of the cable. But his new book, “The Recruiter: Spying and the Lost Art of American Intelligence,” argues that the C.I.A.’s shift toward covert action and paramilitary operations undermined traditional espionage that relies on securely recruiting and handling agents.

World wide messages to C.I.A. stations and bases that note troubling trends or problems, or even warnings about counterintelligence problems, are not unheard-of, according to former officials. Still, the memo outlining a specific number of informants arrested or killed by adversarial powers is an unusual level of detail, one that signals the importance of the current problems. Former officials said that counterintelligence officials typically like to keep such details secret even from the broad C.I.A. work force.

Asked about the memo, a C.I.A. spokeswoman declined to comment.

Sheetal T. Patel, who last year became the C.I.A.’s assistant director for counterintelligence and leads that mission center, has not been reluctant to send out broad warnings to the C.I.A. community of current and former officers.

In January, Ms. Patel sent a letter to retired C.I.A. officers warning against working for foreign governments who are trying to build up spying capabilities by hiring retired intelligence officials. (The letter, promptly leaked, also included warnings about talking to journalists.)

Former officials say the broadsides are a way of pushing C.I.A. officers to become more serious about counterintelligence.

The memo sent last week suggested that the agency underestimated its adversaries — the belief that its officers and tradecraft were better than other intelligence services. But the results of the study showed that countries being targeted by the U.S. are also skilled at hunting down informants.

Some former officials believe that the agency’s skills at thwarting adversarial intelligence services have grown rusty after decades of focusing on terrorism threats and relying on risky covert communications. Developing, training and directing informants spying on foreign governments differs in some ways from developing sources inside terrorist networks.

While the memo identified specific numbers of informants that were arrested or killed, it said the number turned against the United States was not fully known. Sometimes, informants who are discovered by adversarial intelligence services are not arrested, but instead are turned into double agents who feed disinformation to the C.I.A., which can have devastating effects on intelligence collection and analysis. Pakistanis have been particularly effective in this sphere, former officials said.

The collapse of the American-backed government in Afghanistan means that learning more about Pakistan’s ties to the Taliban government and extremist organizations in the region is going to become ever more important. As a result, the pressure is once again on the C.I.A. to build and maintain networks of informants in Pakistan, a country with a record of discovering and breaking those networks.

Similarly, the focus by successive administrations on great power competition and the challenges of China and Russia have meant that building up spy networks, and protecting those sources, is more important than ever.

In those countries, technology has also become a problem, former officials said. Artificial intelligence, biometric scans, facial recognition and other technology has made it far easier for governments to track American intelligence officers operating in their country. That has made meeting and communicating with sources far more difficult.

A breach of the classified communications system, or “covcom,” used by the C.I.A. helped to expose the agency’s networks in China and in Iran, according to former officials. In both cases informants were executed. Others had to be extracted and resettled by the agency.

In Iran and China, some intelligence officials believe that Americans provided information to the adversarial agencies that could have helped expose informants. Monica Elfriede Witt, a former Air Force sergeant who defected to Iran, was indicted on a charge of providing information to Tehran in 2019. The Iranians leveraged her knowledge only after determining she could be trusted. Later that year, Jerry Chun Shing Lee, a former C.I.A. officer, was sentenced to 19 years in prison for providing secrets to the Chinese government.

Former officials say there is no shortage of examples of where the agency has been so focused on the mission that security measures were not given proper consideration. And in some cases a turned agent can have deadly consequences.

The 2009 bombing at a C.I.A. base in Khost, Afghanistan, that killed seven agency employees was a good example of mission over security, Mr. London said. In that suicide attack, a Jordanian doctor the C.I.A. thought it had convinced to penetrate Al Qaeda had in fact been turned against the United States.

“We were in such a rush to make such a big score,” Mr. London said. “Those were tradecraft mistakes.”

He added it is important to remind the C.I.A.’s work force of the damage that can happen when tradecraft lapses.

“Do your job and don’t be lazy,” he said. “It’s a willingness to say we are not as perfect as we think we are. That’s a positive thing.”
#afghanistan
Add Comment