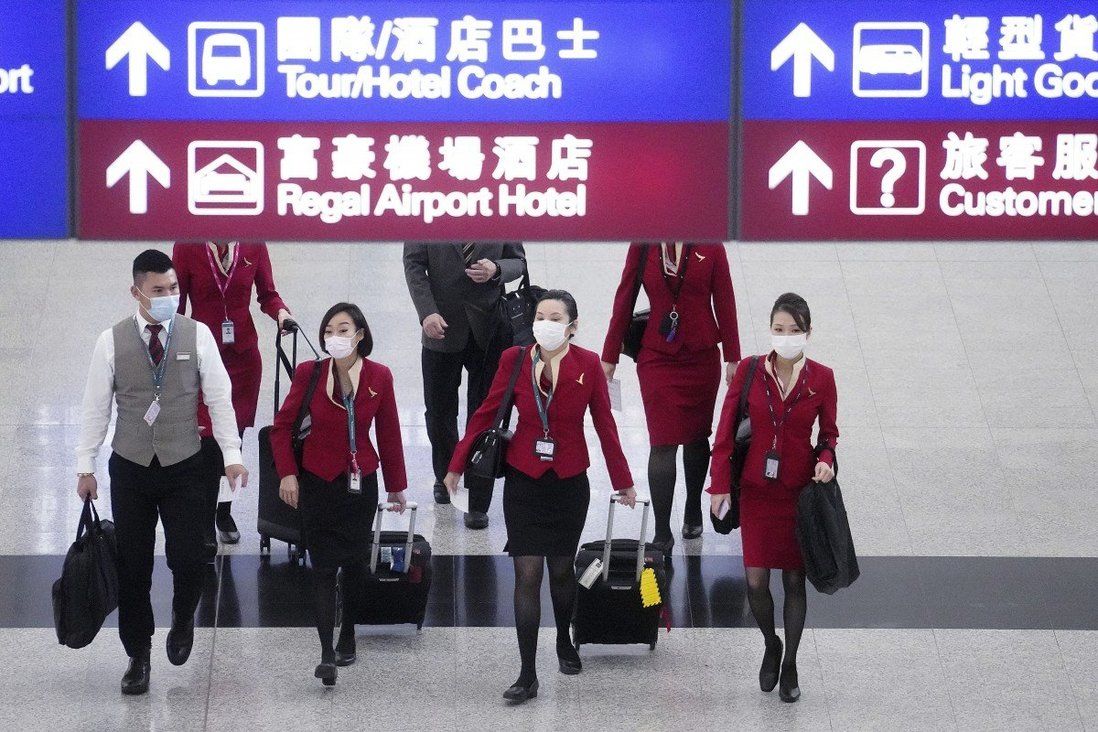 One of the fired workers is a cancer survivor, 52, who says she obtained a doctor’s certificate in July saying she was unsuitable for vaccination

Hong Kong carrier Cathay Pacific made waves this month for firing a cancer survivor, a breastfeeding mother and an employee with a heart problem, among those it sacked for failing to get vaccinated against Covid-19.

In the ensuing debate on labour rights and health protection during a pandemic, Equal Opportunities Commission chairman Ricky Chu Man-kin cautioned the airline against brushing aside employees’ health-related concerns and potentially breaching the Disability Discrimination Ordinance.

A medical expert told the Post the fallout suggested that Cathay staff needed more information to help them decide whether to be vaccinated. 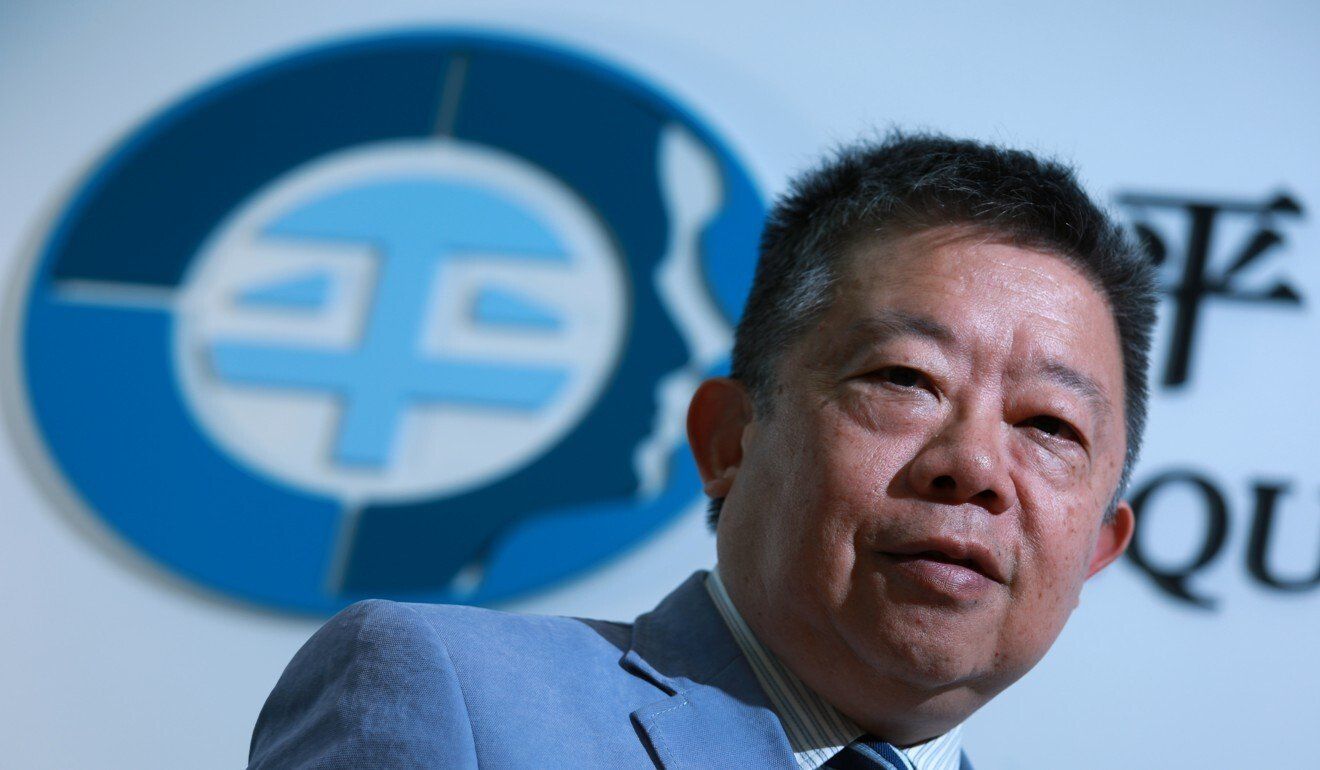 Ricky Chu, the chairman of the Equal Opportunities Commission.

On Sunday, Hong Kong confirmed three new Covid-19 cases, all imported. The patients had been fully vaccinated and were asymptomatic. They involved a 38-year-old arrival from the Philippines who had received two doses of the BioNTech vaccine. He tested positive for antibodies in July. The remaining two cases were from Qatar.

The Centre for Health Protection issued a compulsory testing notice for Block K of Kornhill in Quarry Bay after a 16-year-old resident flew to Britain and tested positive in the country earlier this month. He had received two doses of the BioNTech vaccine in Hong Kong in July.

Medical experts have said that while vaccines do not offer total protection against infection, they vastly reduce the severity of the illness and likelihood of death.

Two vaccines are available in Hong Kong, and experts have assured the public that almost everyone can be vaccinated except those with uncontrolled underlying illnesses.

Among those Cathay sacked was a 52-year-old cancer survivor who spent 30 years as a flight attendant.

She told the Post she had high blood pressure, high cholesterol and a weakened immune system from past treatments for thyroid cancer, and obtained a doctor’s certificate in July saying she was unsuitable for vaccination.

The woman, who asked to remain anonymous, said the airline told her that her cancer history was not a valid reason for not getting vaccinated, and that she could manage her blood pressure and cholesterol levels herself.

It also told her that an allergy test could be arranged for her to check that she could have her jabs.

She declined, and was among those sacked on September 8.

Cathay told staff in June to get vaccinated by August 31 or show a medical proof of exemption. It declined to reveal the number of staff it let go this month for not getting vaccinated, but said they had not shown proof of medical exemption.

Since September 1, all Cathay flights have been operated with fully vaccinated crew.

One sacked airline employee said: “This is and should be a matter of personal choice, or as they say, my body my choice.”

Another complained that she was sacked while in the process of getting a final medical opinion for her chest pain.

The 30-year-old said a doctor she saw in June did an electrocardiogram test and found issues with her heart. She said she submitted the doctor’s report to the company and planned to undergo more tests this month, but was still fired.

Explaining her concerns about getting vaccinated, she said: “How would I know whether I would have side effects? This rigid way of letting go of employees not suitable to get jabbed or unsure if they can get jabbed, is very unreasonable.”

“I didn’t want to take any chances that any harmful substance from this new vaccine could be passed on to my baby,” she said.

She was angry that the airline did nothing except coerce staff to get vaccinated, offering no compensation in case of adverse reactions.

Another sacked Cathay worker said: “The company talks loudly about collective responsibility when urging us to get inoculated, but falls silent on who is responsible if I suffer side effects.”

“We would like to reiterate that all cases have undergone a diligent review process and no aircrew with medical reasons for not getting vaccinated that were assessed and considered valid by our company doctors were terminated.”

He explained that earlier, the company decided to part company with a small number of aircrew who had decided not to get vaccinated and had not provided valid proof of medical exemption.

“Covid-19 is a terrible virus and keeping our customers, communities and families safe is of the utmost importance,” he said.

The airline has a high vaccination rate for staff – 95 per cent of its Hong Kong-based employees, including 99 per cent of pilots and 95 per cent of cabin crew, had already booked or received their vaccinations, he noted. Exemptions had been given to several hundred of those unable to get vaccinated for valid medical reasons or who were on long-term leave, he said.

Dr Siddharth Sridhar, a clinical assistant professor at the University of Hong Kong’s department of microbiology, said the fallout from Cathay’s action suggested that not enough was done to provide employees with sufficient information to help them decide whether to get vaccinated.

He said mRNA vaccines such as the BioNTech one had been found to be safe for breastfeeding mothers and their babies.

“Antibodies produced by mothers can actually be passed to the baby and these may protect the baby against Covid-19,” he said.

Sridhar added that the Sinovac vaccine was currently not recommended for breastfeeding mothers.

He also said that cases of vaccine-induced myocarditis, or inflammation of the heart, were very rare.

“Most individuals with vaccine-induced myocarditis recover spontaneously within a few days. This rare side effect is actually more common in young males compared to females,” he said.

Bonnie, a 36-year-old flight attendant who was let go, said she had no serious underlying health issues, but resisted getting the jabs because many vaccinated individuals still caught Covid-19.

Also, with Hong Kong’s local pandemic situation largely under control, she felt the risks from vaccination were greater than the benefit.

“While I am an employee with responsibilities to my company, I am also a daughter who has to take care of my elderly mother,” she said.

Sridhar said that while being vaccinated was no guarantee against catching Covid-19, especially the highly transmissible Delta variant, those who were vaccinated were less likely to fall seriously ill or die.

Vaccination could reduce the risk of hospitalisation, intensive care or death by 80 to 85 per cent compared to the effects of Covid-19 on someone not vaccinated, he said.

“I agree 100 per cent with the sentiment that she is a mother and daughter first and an employee second, but this is precisely why she should consider getting the vaccine – to keep herself protected from severe Covid-19 for the sake of her family while working in a high-risk occupation,” Sridhar said.

“The decision to get a vaccine is a sensible personal health decision for flight services staff.”