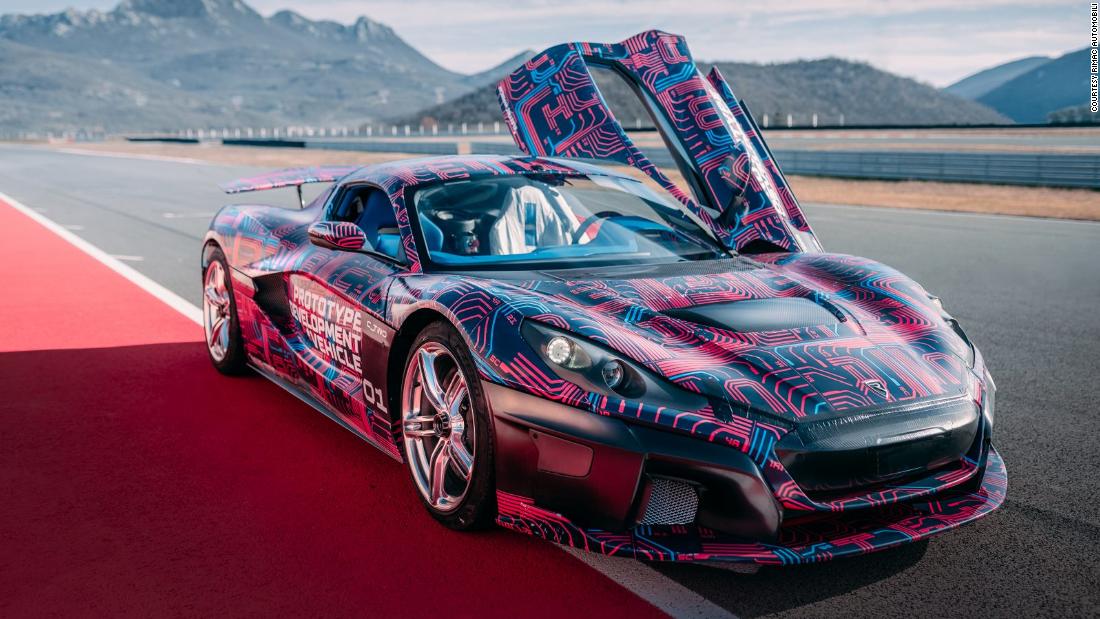 According to its designers, the 1,914-horsepower Rimac C_Two hypercar will take a driver from 0 to 60 miles per hour in under two seconds, putting it among the quickest cars in the world. Its 258-mile per hour top speed is faster that a Bugatti Veyron, and its 340 mile driving range is impressive too.

Yes, this speed demon is all-electric. And no, you shouldn't be surprised.

Croatian manufacturer Rimac Automobili is readying for a production run of 150 units, priced around €2 million ($2.4 million). Opportunities to buy the hypercar are limited, but one place you'll soon be able to pre-order it is Dubai. Rimac has partnered with EV Lab, a new multibrand dealership specializing in electric vehicles (EVs) -- the first of its kind in the Middle East, according to the company.

EV Lab was founded by Kevin Chalhoub, a Dubai-born, French-Lebanese entrepreneur with an education in clean energy and environmental engineering.

After a stint abroad in the solar industry, he decided to return to Dubai to further his green ideas in a place synonymous with fast, luxury cars.

"Electric is a really good fit for the market," he argues. Many high-spec EVs are able to accelerate faster than petrol-powered cars, while the shorter journeys typically taken by Dubai drivers compared to their European counterparts means mean they have less reason to worry about the driving range of car batteries. 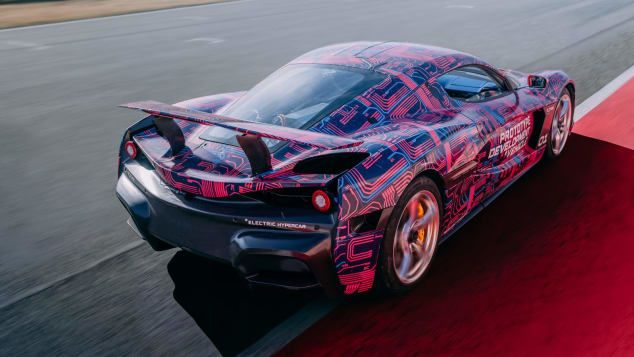 The lightning-fast C_Two will enter production in 2021, priced at $2.4 million.

Customers are split between "eco-conscious millennials" (among which Chalhoub includes himself) and "tech-savvy people" that are "all about performance." He argues that electric serves both. "Year on year we're seeing the price of EVs go down and their performance go up."

"Today electric cars are an upgrade," he says. "Too often sustainable solutions are perceived as a compromise in lifestyle, but this market is different."

EV Lab opened in October last year and stocks a variety of models priced from around $25,000 up into hundreds of thousands of dollars. Undoubtedly the jewel in the crown will be the C_Two when available, which will be limited to three units this year and five to 10 in 2022.

During the pandemic the business has sold online, driving cars directly to prospective buyers for them to try. "It's all about the test drive," the founder says, "we really think that these products sell themselves."

According to Bloomberg New Energy Finance, passenger EV sales worldwide more than quadrupled between 2015 and 2019. And though they represented only 3% of global passenger vehicle sales in 2020, it estimates that will rise to 10% in 2025 and 58% in 2040. 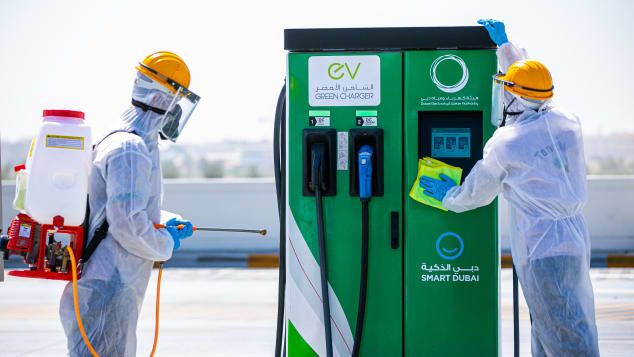 A Green Charger station operated by the Dubai Electricity and Water Authority (DEWA) is disinfected in May 2020. DEWA charging stations for electric vehicles have been rolled out across the emirate and are free to use for Dubai-registered vehicles until the end of 2021.

Policy makers in Dubai are trying to encourage EV uptake. The government has mandated at least 30% of public sector vehicles should be either electric or hybrid by the end of the decade, and set a target for them to make up 10% for all vehicles sold in the emirate by 2030. Hundreds of free public charging points provided by the Dubai Electricity and Water Authority dot the emirate and free public parking is available until July 2022 to electric vehicles registered in Dubai.

"The UAE is the perfect place to own an electric car, and the government has been promoting this for a long time," says Arshad.

Chalhoub points out there are further ways to encourage the switch to electric. "I would argue we're still not at the incentive level we're seeing in Europe," he says, where many EU member states provide a variety of stimuli including tax exemptions and purchase bonuses for EVs running into the thousands of euros.

Perhaps adapting to local tastes will help with adoption. In Dubai "everything needs to have a touch of luxury," says Arshad, adding that it's luxury brands like Jaguar, Porsche and Mercedes-Benz, alongside Tesla, that are finding traction in the nascent EV market. A $2.4 million hypercar won't be for everyone, but it's a useful poster child for proving the point that high-performance luxury and electric are not mutually exclusive.

In April, EV Lab hopes to host a visit from Rimac on its global tour of the C_Two, where prospective customers can test drive the hypercar at the Dubai Autodrome. Then in September it will launch a showroom in the city.

He may be saying it with both his business and environmental hats on, but Chalhoub is bullish about the future of the industry: "If you're still driving a combustion engine, it's like driving horses when the car was invented."