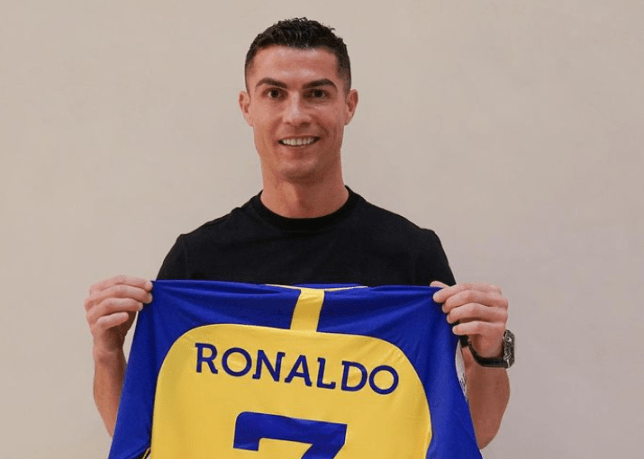 Cristiano Ronaldo has confirmed he has joined Saudi Arabian side Al Nassr after his exit from Manchester United.
Ronaldo was a free agent for just over a month after being released by United during the Qatar World Cup.

The five-time Ballon d’Or winner established himself as a club legend during his first spell at Old Trafford but his second spell turned ugly.

Despite impressing in his first season back at United, Ronaldo fell out of favour under new manager Erik ten Hag, refusing to come on in a Premier League match against Tottenham.

Ronaldo then criticised Manchester United boss Ten Hag and the club’s owners in a controversial interview with Piers Morgan, before both parties agreed to cut ties in November.

It quickly became apparent that Saudi Arabian outfit Al Nassr were the favourites to sign Ronaldo, who unsuccessfully tried to leave United last summer after they failed to qualify for the Champions League.

Al Nassr confirmed their deal for Ronaldo on Friday evening, writing in a statement: ‘This is more than history in the making.

‘This is a signing that will not only inspire our club to achieve even greater success but inspire our league, our nation and future generations, boys and girls to be the best version of themselves.

Ronaldo’s deal with Al Nassr, who are currently second in the Saudi Arabian top-flight, runs until 2025.

The Portugal captain, who will reportedly receive the biggest salary in history at more than £177m per year, says he is ‘eager to experience a new football league in a different country’.

Former Manchester United captain Gary Neville was disappointed by the manner of Ronaldo’s exit but said it was the right decision for both the player and the club.

‘The only thing Manchester United could do was draw a line under the Ronaldo affair,’ Neville told Sky Sports. ‘They couldn’t allow the situation to come to this side of the World Cup, it needed to be put to bed.

‘It’s sad it’s ended this way but it was inevitable, it had to finish. He will go on and play football elsewhere and hopefully do really well, and Manchester United can move on under Erik ten Hag.’
Add Comment