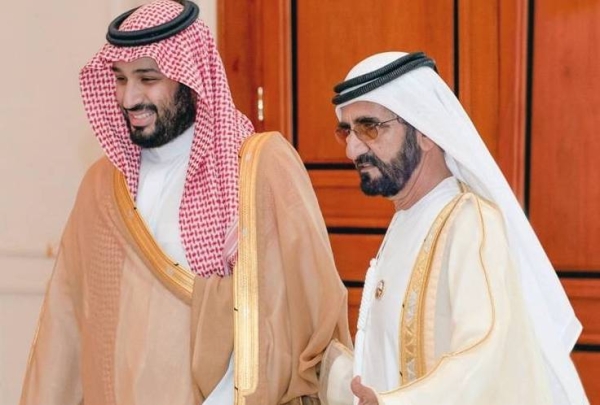 Crown Prince Muhammad Bin Salman, deputy prime minister and minister of defense, made a phone call Saturday to Sheikh Mohammed Bin Rashid Al Maktoum, vice president and prime minister of the United Arab Emirates and ruler of Dubai.
During the call, Crown Prince expressed his thanks and appreciation to Sheikh Mohammed bin Rashid for the UAE's support for the Kingdom's request to host Expo 2030, and for what the vice president of the UAE expressed in this regard, which confirms the strength of the partnership and cooperation between the two countries.

The Crown Prince congratulated the vice president of the UAE on the success of Expo 2020 that reflects the development and prosperity of the UAE.
Add Comment