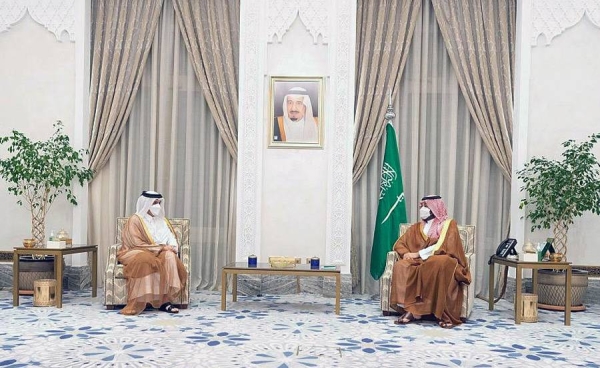 They reviewed bilateral relations and aspects of cooperation between the two countries, and discussed regional and international developments.

The Qatari minister conveyed to the Crown Prince the greetings of the Qatari Emir to the Custodian of the Two Holy Mosques King Salman.
Add Comment