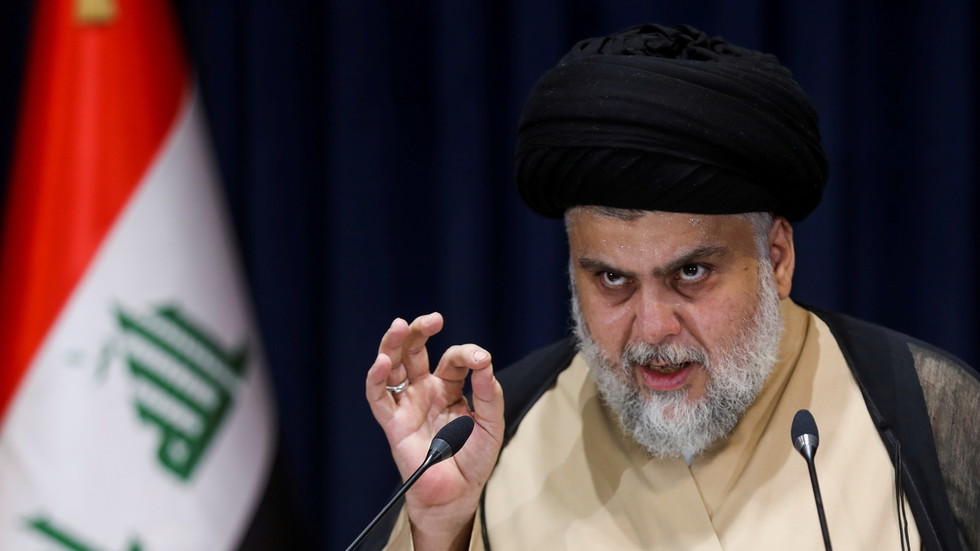 The Shiite scholar and politician staunchly opposes US and Iranian interference in Iraqi affairs and has condemned as corrupt those Iraqi politicians who were on the respective payrolls of those two nations.
For many outside observers of Iraq’s recent national elections, the results disappoint for two reasons. First, only 41% of the 22 million eligible voters turned out. Second, of the 329 parliamentary seats to be filled by candidates selected in the election, the Sadrist Party, led by Muqtada al-Sadr, won 73. No other party came close – a Sunni coalition won 43, a competing Shia coalition fronted by former Prime Minister Nouri al-Maliki won 41, and the Kurdistan Democratic Party (KDP), led by Masoud Barzani, won 32.

Muqtada al-Sadr had the backing of Grand Ayatollah Sistani who, in the days leading up to the election, issued a religious edict, or fatwa, calling for the Iraqi faithful to pick an honest candidate capable of bringing about much-needed change in the politics of Iraq, and drive out the systemic corruption that has infected the Iraqi body politic from the earliest moments. The results of the election seem clear – most of the Iraqi faithful who voted believed that Muqtada al-Sadr was the candidate Sistani spoke of.

In the weeks to come, Iraqi President Salehi will be called upon to form a government based upon the results of this election. While Sadr will most likely not be selected to serve as Iraq’s newest prime minister, one thing is certain – the political party he controls will determine who will lead Iraq.

Muqtada al-Sadr has been a thorn in the side of corrupt Iraqi politicians, American occupiers, and Iranian political colonizers from the moment the US-led coalition removed the government of Iraqi President Saddam Hussein in 2003. Best described as an Iraqi nationalist, Sadr opposed the US occupying forces and the dominance of pro-Iranian Iraqi Shia who had fled Iraq under Saddam and taken refuge in Iran, only to return to Iraq now he was gone. In 2004 and again in 2006, Sadr’s Mahdi Army fought violently against US occupying forces.

The ‘surge’ of American combat power in 2006-2007, was openly challenged by al-Sadr, who insisted Iraq be governed by Iraqis who were free of outside influence. A taint which, in the mind of al-Sadr, applied to Prime Minister Nouri al-Maliki, whom he viewed as little more than an American stooge. Sadr’s Mahdi Army engaged in open conflict with American forces and the Iraqi Army in 2004, and again in 2006. A ceasefire prompted by the US surge led to the partial demobilization of the Mahdi Army.

In 2008, however, open conflict again erupted when Maliki ordered his forces to confront and dismantle what remained of the Mahdi Army. The fighting between the Iraqi army and the Mahdi Army widened the existing fissure between Maliki and Sadr prompting him to alter his approach toward politics in Iraq. Sadr shifted away from militant conflict and toward obtaining broad electoral legitimacy and continued to condemn the US-led occupation as well as the government of Nouri al-Maliki, which Sadr characterized as an extension of the occupation.

It was at this juncture that Sadr’s maturity as an Iraqi political leader first came to light. Sadr understood that his political viability could only thrive outside the existing system. Sadr withdrew to Iran, where he began intense religious studies at a Shiite seminary, or hawza, in the holy city of Qom. Sequestered in Iran for his religious studies, Sadr did not directly participate in the March 2010 elections, but his National Iraqi Alliance won 70 seats, making it a critical force in the creation of the coalition government that succeeded Nouri al-Malaki’s. Sadr’s goal, however, wasn’t to simply influence the outcome of Iraqi national elections. By focusing on his religious studies, Sadr was positioning himself to become something far greater than any prime minister or president – he was going to succeed the aging Ayatollah Ali al-Sistani as the senior-most Shiite religious authority, not only in Iraq but in the entire Shiite world.

Sadr understood the importance of religion in Iraq, especially among the Shiites who make up some 60% of the population. Elections aside, nothing of significance occurs in Iraq without the support and blessing of Ayatollah Ali al-Sistani. Sistani has long favored religious authorities taking a behind-the-scenes approach toward politics, known as ‘quietism’. This approach differs starkly from the Vilayet i-Faqih (governance of the supreme jurisprudence) philosophies of Iran’s Supreme Leader Ayatollah Khamenei, a concept Sistani is vehemently opposed to.

In Iran, Sadr studied under Ayatollah Kadhem al-Hussein al-Haeri, an Iraqi born cleric who was a follower of Sadr’s uncle Ayatollah Baqir al-Sadr. After Sadr’s father, Ayatollah Mohammad Sadiq al-Sadr, was killed by Saddam in 1999, Haeri became Muqtada’s spiritual leader, a role he continued when Muqtada traveled to Iran for his religious studies. Haeri taught Ayatollah Mohammed Baqir al-Sadr’s philosophy of Vilayet al-Ummah, or ‘governance of the people’. Mohammed Baqir al-Sadr, the father-in-law of Muqtada al-Sadr, had initiated the exploration of ‘governance of the people’ as a theological-political ideology, but had not finalized it prior to his execution at the hands of Saddam.

The basic constructs of Baqir al-Sadr’s political theory are clear: the legitimacy of an Islamic government comes from the people, not the clerics. Islamic government represents the blending of the people, who are God’s trustees on Earth, and the prophets, who are God’s witnesses. The lineage of those who bear witness to God’s word is, in the Shiite faith, traced from the Prophet Mohammed to the imams who constituted a direct continuation of the Prophet, and then to the Marja, or religious authorities. Baqir al-Sadr had been a fervent believer in direct democratic elections of a government by the people and viewed the Marja’s role as being limited to protecting any deviations from religious doctrine that would threaten the Muslim ideology.

Muqtada al-Sadr understands the importance of legitimacy when it comes to positioning himself as a religious authority capable of challenging Ali al-Sistani. He remained in Qom, deep in his studies, while the issues of governance following the 2010 election were worked out by his ‘trustees’. Sadr’s mission was to finish his father-in-law’s work by defining the role of the Marja in overseeing the state of religion in a government elected by the people. In 2011 Sadr completed his formal studies under Haeri and transferred his offices to the Iraqi city of Najaf, where he began the critical task of building his own Marja of followers dedicated to the principles of Vilayet al-Ummah.

Muqtada al-Sadr has shown that he is a uniquely Iraqi leader, beholden neither to the Americans nor the Iranians. His populism, once derided by the United States, now represents the best path forward for Iraq if it is to emerge from under the shadows of the dual occupation of the United States and Iran. Sadr’s victory in the October 2021 elections mirrors the successes enjoyed by his partisans in the March 2010 elections. The major difference between these two events is that in 2010, Sadr lacked the religious bona fides to separate himself from the pack of politicians vying for power. Today Sadr stands as a growing religious authority whose message of ‘governance of the people’ resonates among millions of Iraqi Shia and their current supreme leader, Ayatollah Sistani. Sadr has survived years of trials and tribulations to fulfil the mantle he had assumed in the aftermath of the US-led invasion and occupation of Iraq in 2003, a blend of political and spiritual leader true to his father’s teachings. Sadr is no mere Kingmaker – he is the King.
Add Comment