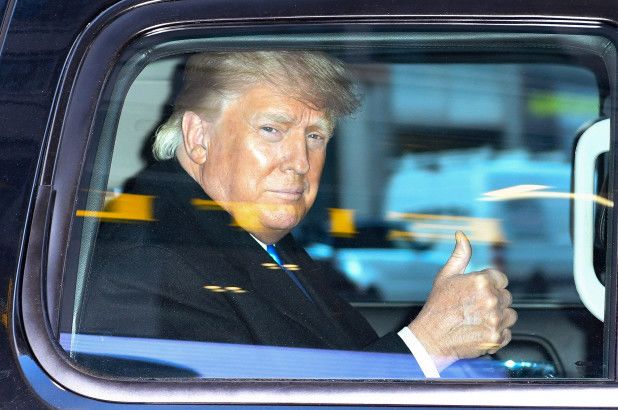 Former President Donald Trump will make a triumphant return to social media within the next few months - and with his own service that will “completely redefine the game,” his top adviser said Sunday.
Jason Miller told Fox News’ “Media Buzz” that the former commander-in-tweet will be back online in two to three months, and will launch a new platform that he claimed would attract tens of millions of users.”I do think we’re going to see President Trump returning to social media in probably about two or three months here with his own platform,” Miller said. “This is something that I think will be the hottest ticket in social media.”

“It’s going to completely redefine the game, and everybody is going to be waiting and watching to see what exactly President Trump does, but it will be his own platform,” Miller said.

Miller wouldn’t go into detail about the new platform but said the former president has been holding “a lot of high-powered meetings” at his Mar-a-Lago Florida resort and “numerous companies” are interested in helping to get it off the ground.

Twitter dropped Trump from its platform in January just days after a mob of his supporters marched on the Capitol as Congress was certifying the 2020 election for President Biden.

The crowd surged past law enforcement officers and smashed windows and doors to gain entrance to the federal building where they ransacked a number of congressional offices. Five people died as a result of the mayhem, including a Capitol Police officer.

Twitter said Trump was “permanently suspended​”​ ​because he was inciting “violence,” cutting him off from his 88.6 million followers.
#donald trump
Add Comment