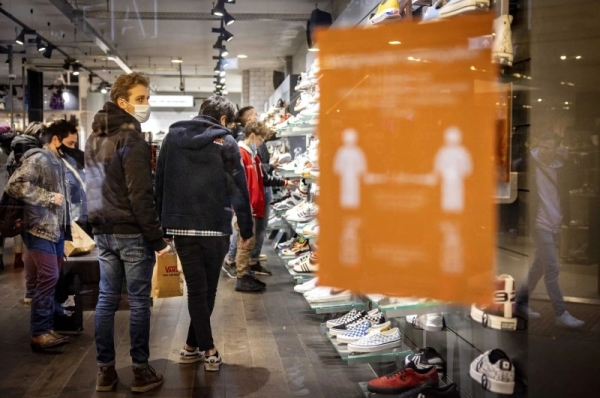 Much of Europe is facing a surge in cases, blamed partly on low vaccine take-up in several countries.

Austria is expected to back a lockdown for unvaccinated people this weekend.

Restrictions would be imposed first in the two provinces of Upper Austria and Salzburg from Monday, according to Health Minister Wolfgang Mückstein.

Denmark, which had downgraded coronavirus as no longer a "socially critical" disease, has re-instated a Covid pass that was phased out in September. The government wants to push through a law allowing workplaces to require the pass for staff.

According to widespread reports in Dutch media, the caretaker government agreed late on Thursday that the three-week partial lockdown would start on Saturday evening:

A final decision on restrictions for cinemas and theatres still has to be taken, reports say, along with plans for the existing Covid pass to be issued only to those who have been vaccinated or who have recovered from Covid.

The catering industry has reacted angrily to the leaks; a spokesman told public broadcaster NOS the government had "crossed a line". Last weekend, thousands of protesters marched through The Hague in anger at existing Covid restrictions.

Latest figures on Thursday showed a record 16,364 new Covid cases over 24 hours, up a third on the previous week. Dutch vaccination rates are relatively high, with 82.4% of over-12s having two doses, that's 73% of the total population.The package of measures is due to be confirmed by the prime minister and health minister on Friday evening.

In Austria, vaccine take-up is at 65% and Chancellor Alexander Schallenberg says he will talk to provincial governors on Sunday before the green light is given for a national lockdown for the unvaccinated.

"The situation in Austria is worrying and infection numbers are rising rapidly, especially in Upper Austria and Salzburg," the health minister warned. The two provinces have a combined population of over two million.

Upper Austria governor Thomas Stelzer says people who have not been vaccinated will be able to leave home only for essential reasons such as going to work, buying food or to exercise. It is unclear how that would be enforced.

Germany, which has also seen record Covid numbers this week, declared Austria a high-risk area on Friday, so that anyone visiting who has not been vaccinated or has recovered from Covid will have to quarantine for 10 days.
#coronavirus  #vaccine  #covid
Add Comment