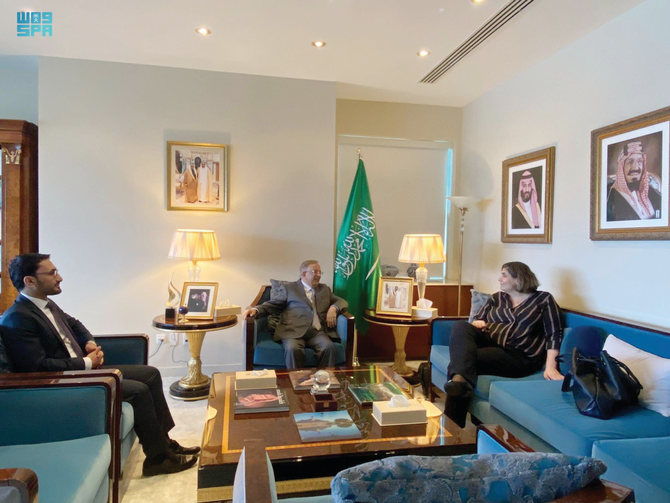 Saudi Arabia’s permanent representative to the UN, Abdallah Al-Mouallimi, on Saturday met his Bulgarian counterpart Lachezara Stoeva, the Saudi Press Agency reported.
Issues of common concern were discussed during the meeting, which was held at the Saudi’s mission in New York, in addition discussions about the most important issues at the international level.

The meeting was attended by the director of the Kingdom’s representative office at the UN, Faisal Al-Haqbani.

On Friday, Saudi Arabia signed an agreement to establish diplomatic relations with Lesotho as part of efforts to strengthen bilateral relations and expand the scope of cooperation between the two countries at all levels.

The agreement was signed by Al-Mouallimi and Nukoban Racing Munyani, Lesotho’s permanent representative to the UN.

They said the agreement was in line with strengthening cooperation and ties between both countries in support of international security and peace.
Add Comment