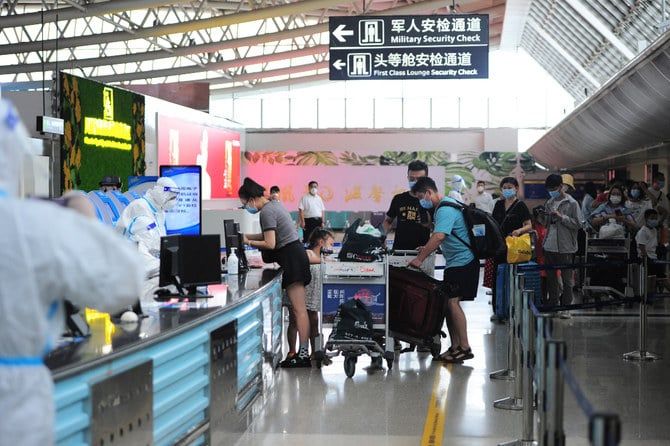 A Chinese flight carrying a group of tourists landed in Cairo on Friday for the first time since the worldwide outbreak of COVID-19, Egyptian media reported.
The Sichuan Airlines arrived at Cairo International Airport from China’s Chengdu city with 137 passengers on board, including 28 tourists.

The move comes a week after China’s Foreign Minister Qin Gang visited Cairo in a multi-leg African tour, where he discussed increasing Chinese tourism to Egypt with his counterpart Sameh Shoukry.

In a statement, Liqiang thanked Egypt for imposing no travel restrictions on visitors coming from China.
He added that Egypt was among the first countries to receive Chinese tourists since the pandemic, according to Ahram Online.

China has recently experienced a surge of COVID-19 infections, reporting around 60,000 deaths between Dec. 8 and Jan. 12, since a strict zero-Covid policy was earlier lifted.

On Jan. 8, China fully opened its borders with no travel restrictions or quarantine measures for arrivals.

However, several countries, including the US and the UK, have imposed COVID-19 testing on visitors from China due to its virus surge in a move strongly criticized by Beijing.
#COVID-19  #Covid
Add Comment