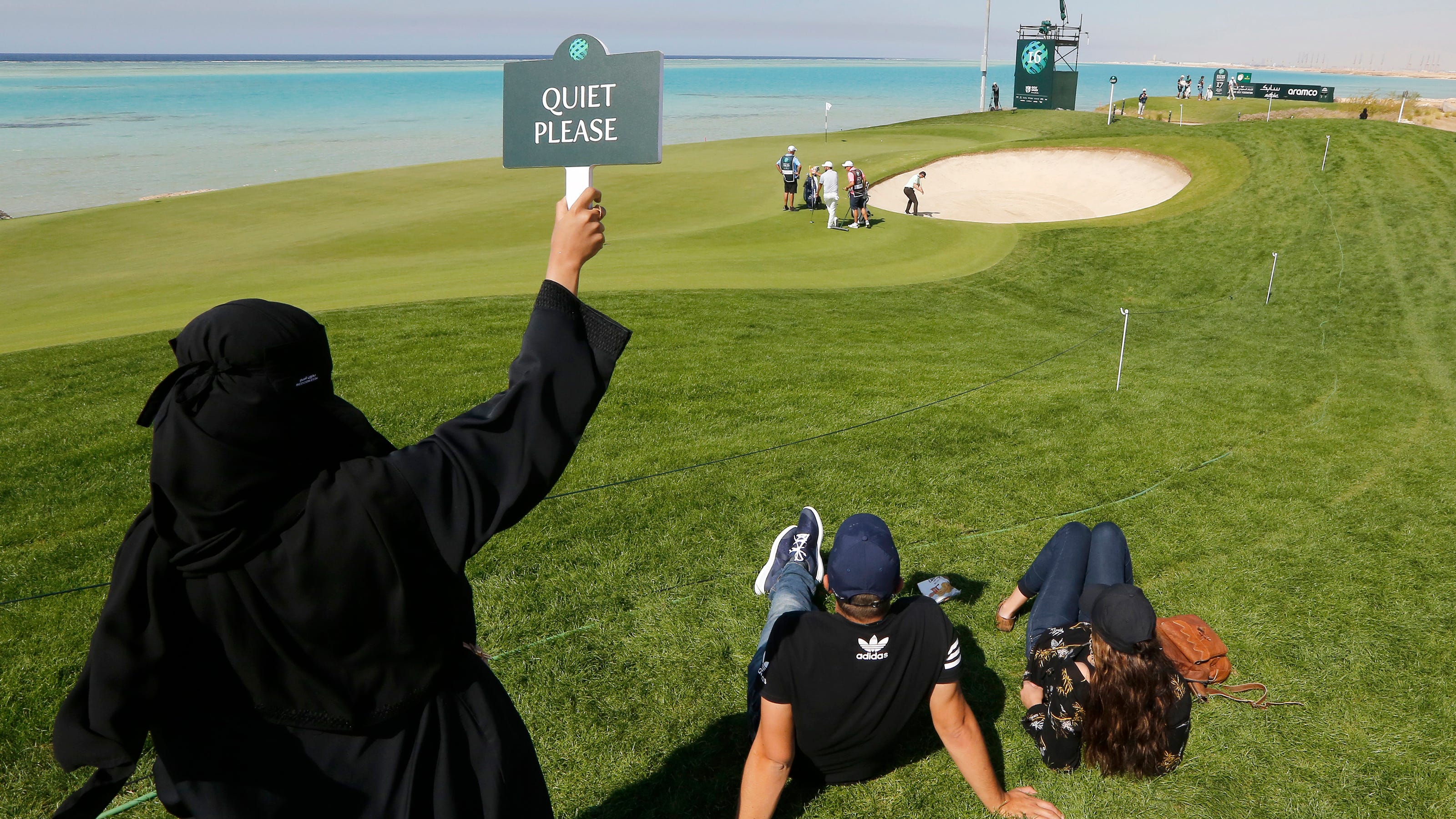 The PGA Tour previously said that it would deny waivers for its members to take part in the controversial event in Saudi Arabia.

Eight PGA Tour players, including world No. 2 Dustin Johnson, are seeking permission to compete at the Saudi International tournament, Golfweek has learned. The Tour previously said that it would deny waivers for its members to take part in the controversial event.

Tour players need to obtain a release to compete on other circuits. A Tour spokesperson confirmed to Golfweek that a decision on waiver applications is not required until 30 days before a tournament starts. The Saudi International is scheduled for Feb, 3-6 at Royal Greens Golf and Country Club in King Abdullah Economic City, meaning players might not learn if they will be permitted to play until Tuesday, Jan. 4.

PGA Tour members who choose to compete without obtaining permission are subject to disciplinary proceedings, most likely in the form of a fine.

"We have requested a release and don't know when we'll hear back, but I have heard verbally that the Tour is still taking everything under consideration," said David Winkle, Johnson's longtime agent.

The Saudi International is the latest front in a battle over the future of professional golf as the PGA and European tours try to fend off a proposed rival circuit, known as the Super Golf League, which would be financed by the Saudis. The Super Golf League has been courting golf's biggest stars with a promise of huge paydays - more than $30 million, in some cases. The concept has been pitched for more than seven years, but no player has yet signed on. 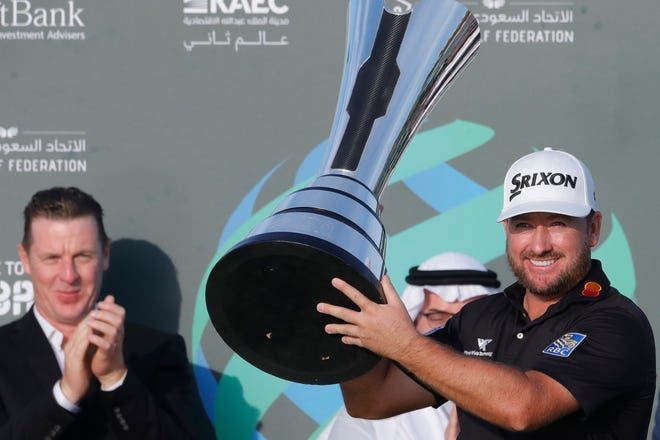 PGA Tour commissioner Jay Monahan has made clear that any member who joins the rival tour would face a lifetime ban. Several prominent players are known to be flirting with the Saudi league. Others, notably world No. 1 Jon Rahm and Rory McIlroy, have publicly rejected Saudi overtures.

Since its inception in 2019, the Saudi International has been widely criticized as part of the government's effort to "sportswash" its human rights abuses. The Kingdom has invested hundreds of millions of dollars in sports to improve its international image, including Formula One, tennis, horse racing and wrestling.

The purse for the '22 Saudi International is $5 million, up from $3.5 million in 2021. Those are paltry numbers by PGA Tour standards - the AT&T Pebble Beach Pro-Am, which will be held opposite the Saudi event, has a purse of $8.7 million - but the Saudis draw an elite field by paying lavish appearance fees and chartering aircraft for players.

Among those who have been paid to play are Phil Mickelson, Bryson DeChambeau and Brooks Koepka.

Golfweek has obtained a current list of players who have already applied for a release to compete in Saudi Arabia in February. It includes Johnson, the defending champion who also won the title in 2019, and 2020 winner Graeme McDowell. The others are: Abraham Ancer, Lee Westwood, Tommy Fleetwood, Henrik Stenson, Kevin Na and Jason Kokrak, who is sponsored by Golf Saudi. PGA Tour policy requires players seeking releases to specify the event they wish to play and not just a week on the calendar.

Asked to confirm waiver applications by the above named players, a PGA Tour spokesperson said, "As a matter of practice, the PGA Tour does not comment on potential requests for conflicting event releases."

Clare Fleetwood, wife and manager of Tommy, confirmed that he has applied for a waiver but said no decision has been made on whether he will compete in the event. Requests for comment by representatives for other players were not answered. One agent told Golfweek that some elite players are believed to have signed multi-year agreements to appear at the Saudi International, deals that would be jeopardized if the Tour denies a waiver.

The PGA Tour previously granted releases to its members for the first three stagings of the Saudi International when it was sanctioned as part of the European Tour schedule. When the PGA and European tours announced a strategic alliance last summer-a move widely interpreted as a joint effort to stymie the Saudi's rival tour-the tournament was booted from the European schedule. The 2022 Saudi International will be conducted under the auspices of the Asian Tour, in which the Saudis made a $100 million investment after failing to garner support for their Super League ambitions in Europe.

In July, Golfweek reported that the PGA and European tours planned to deny permission to members who wanted to compete in Saudi Arabia. At the time, the PGA Tour confirmed that releases would not be granted for tournaments that aren't co-sanctioned. Since the PGA Tour has previously granted waivers for members to compete on the Asian Tour, Golfweek asked what might justify a change in policy to deny releases this time.

"We don't have anything further to add to our comments in July," a spokesperson said.

"It's a complex issue for the Tour," Winkle acknowledged. "I don't know how they have to view this internally, but Dustin has gone over three years and gone 1st, 2nd, 1st and put golf on the map in a new part of the world. He's earned the right to defend his title. I hope it doesn't turn into some kind of line in the sand. I don't think anybody wins in that situation."

Johnson has won the AT&T Pro-Am twice and played every year of his career except 2021, when he withdrew two days beforehand, shortly after his victory in Saudi Arabia. Winkle says Johnson was torn about the schedule conflict in February but has prioritized defending his title in the Middle East. "You can't find a player near the top of the world rankings that has supported the AT&T Pebble Beach tournament more than Dustin has," he said.