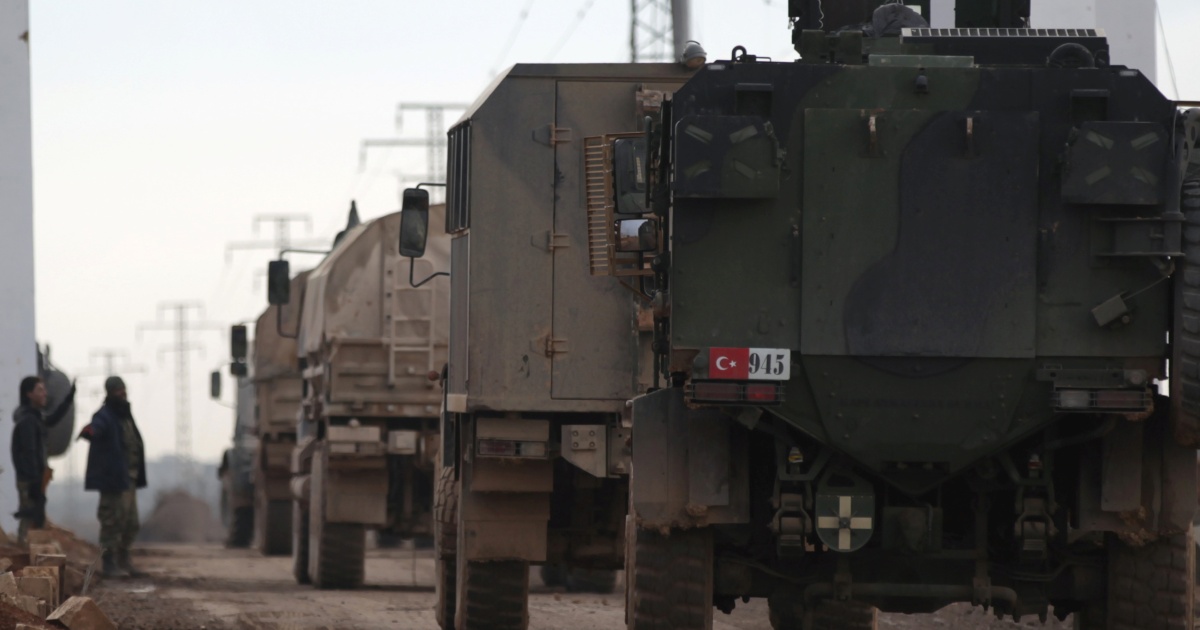 Turkish leader says aim is to create 30km ‘safe zone’ in Syria; would be fourth major Turkish incursion since 2016.

Turkish President Recep Tayyip Erdogan has said that Ankara is planning to launch a new military operation in Syria in an effort to link up two areas already under Turkish control, raising fears of renewed fighting on the Turkey-Syria border.

Speaking following a cabinet meeting on Monday, Erdogan said the operation would aim to resume Turkish efforts to create a 30km (20 mile) “safe zone” along its border with Syria.

“We will soon take new steps regarding the incomplete portions of the project we started on the 30km deep safe zone we established along our southern border,” Erdogan said.

Erdogan did not provide further details but said the operation would begin after Turkey’s military, intelligence and security forces completed their preparations.

The area targeted by the proposed military operation is controlled by the Syrian Democratic Forces, an umbrella group that includes the People’s Protection Units, a Kurdish armed group also known as the YPG.

Turkey views the YPG as an offshoot of the banned Kurdistan Worker’s Party (PKK), a group Turkey considers a “terrorist” organisation. The PKK has waged an armed uprising against Turkey since 1984 and tens of thousands of people have died in the conflict.

In response to Erdogan’s comments, the SDF said that there had been no “strategic change” in northern Syria, and that Turkey was attempting to “undermine stability” in the region.

Turkish forces have launched three major incursions into northern Syria since 2016, taking control of areas along the border in what it says is a bid to secure its frontier from threats from ISIL (ISIS) and the YPG.

Human rights groups have criticised Turkey’s past military operations in northern Syria, and the last major incursion displaced thousands of civilians. In 2020 the United Nations urged Turkey to investigate “possible war crimes” carried out by armed groups in areas under its control.

On Tuesday, US State Department spokesperson Ned Price said any new offensive in northern Syria would further undermine regional stability and put at risk the campaign against the ISIL (ISIS) group.

Erdogan’s comments come as Turkey raises its objections to Sweden and Finland’s proposed membership in NATO, accusing the two countries of supporting the PKK and other groups that Turkey views as “terrorists”.

Sweden and Finland, along with other European countries, imposed restrictions on military sales to Ankara following its incursion into Syria in 2019, a move criticised by Turkey.