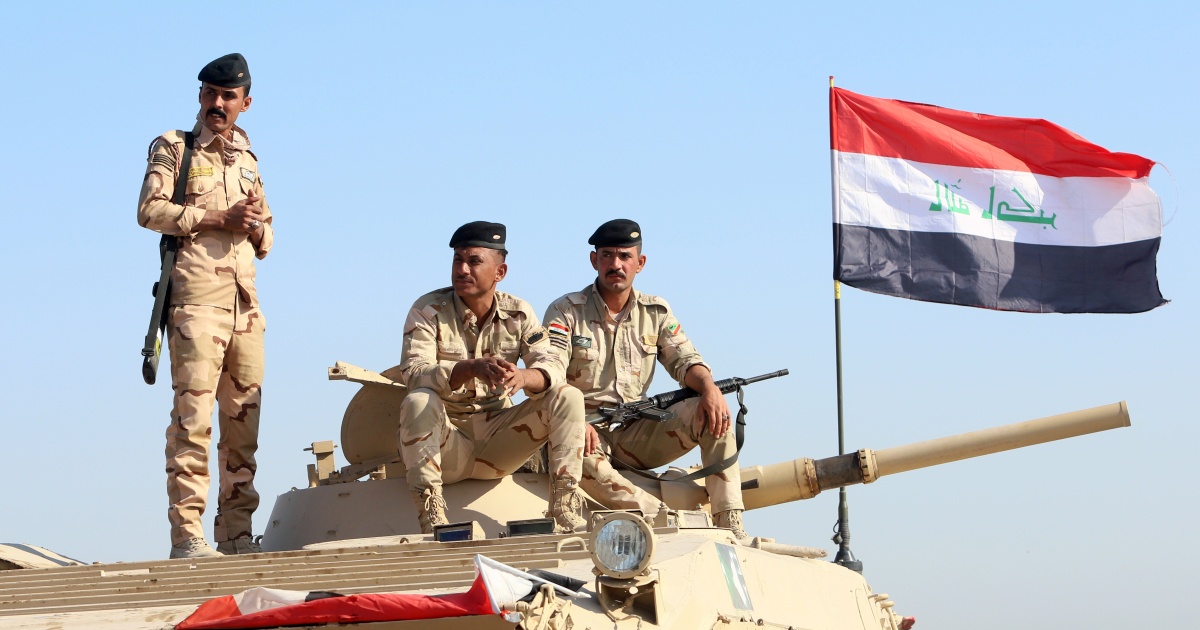 Clashes first erupted on Sunday when the Iraqi military launched an operation to clear the area of YBS forces.

Thousands of people have fled a northern Iraqi town amid fierce clashes between the army and a militia linked to a Kurdish separatist group, the military and local Iraqi Kurdish officials said.

At least 3,000 people left Sinjar and its surrounding areas on Monday and headed north towards the semi-autonomous Kurdish region to seek safety.

Clashes first erupted late on Sunday when the Iraqi military launched an operation to clear the area of YBS forces, a militia group with ties to the Turkish Kurdistan Worker’s Party (PKK) and mostly comprised of members from the Yazidi religious minority.

The fighting between the Iraqi army and the YBS intensified on Monday, spreading to other areas in Sinjar district.

The Iraqi military said the offensive was to dismantle YBS checkpoints that had prevented citizens from returning to their homes and undermined Iraqi state authorities.

Soldiers attempted to open the roads but came under “heavy fire”, the military said in a statement, referencing the presence of “snipers on the rooftops” and mine-riddled roads.

Sherwan al-Douberdani, a provincial deputy, told AFP that one Iraqi soldier was killed, while a senior army official said two other soldiers were injured.

The clashes also killed a dozen Yazidi fighters, according to the army official, who spoke on condition of anonymity.

Most of those displaced by the fighting are now distributed across camps in the Kurdish region, according to Pir Dayan, director of the migration and crisis response department in Dohuk province, in the Kurdish-run region.

The Kurdistan regional government has formed a committee to deal with the situation.

Nobel Peace Prize laureate Nadia Murad, a Yazidi enslaved for months by Islamic State group fighters who brutalised her community in 2014, called on Monday for an end to the violence.

The United Nations mission in Iraq tweeted to condemn the latest violence, saying it was “deeply concerned about clashes in Sinjar”, which had “grave consequences for civilians”.

“Sinjaris’ safety and security should be front and centre. They’ve suffered enormously in the past and deserve peace under state authority,” the UN added.

The YBS has controlled much of Sinjar since 2014, when it drove the ISIL (ISIS) group out of the district with assistance from the PKK.

The PKK’s continued presence in the area has drawn the ire of Turkey, which has been battling the group since the 1980s, and has led to regular Turkish military offensives on Iraqi soil to root them out.

In October 2020, Baghdad and the Kurdistan government signed an agreement to jointly manage Sinjar in order to restore the state’s hold over the patchwork of militia groups and competing authorities in the area after the defeat of ISIL. But this has proven largely unsuccessful.