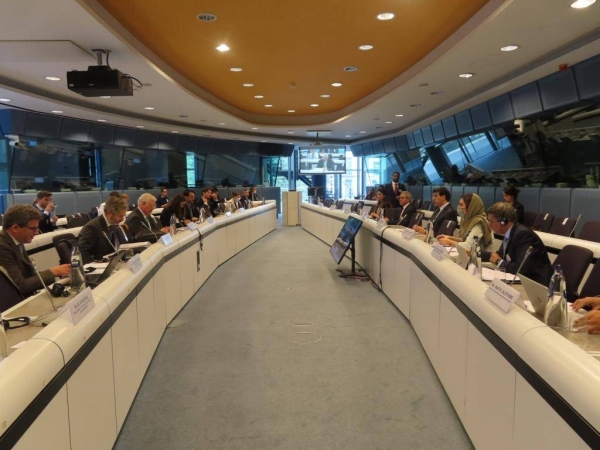 Eamon Gilmore, Special Representative of European Union for Human Rights, lauded Saudi Arabia’s human rights reforms, saying that EU considers the Kingdom as a principal partner in diverse fields.
He made the remarks during the first round session of the Saudi EU Joint Dialogue on Human Rights at the EU Commission headquarters here on Monday.

The Saudi delegation to the dialogue was led by Dr. Awwad Al-Awwad, president of the Human Rights Commission (HRC). The delegation included Ambassador Saad Al-Arifi, head of the Saudi Mission to the EU, and a number of experts and specialists from the Ministry of Foreign Affairs and HRC. The EU delegation, headed by Eamon Gilmore, included a number of EU officials. The dialogue session was attended by ambassadors and representatives from 22 EU countries.

He stated that the most important success factor has been the existence of the political will in the form of the directives of Custodian of the Two Holy Mosques King Salman and Crown Prince Muhammad Bin Salman. Al-Awwad said this political will aspires to turn Saudi Arabia into a role model in every possible field.

Both sides discussed the human rights reforms in Saudi Arabia and EU countries. The discussions also figured topics such as freedom of expression and association, women’s rights, rule of law, religious freedom, the right to work, and means of cooperation between both sides within the UN framework.

Both the EU and Saudi Arabia tabled requests for clarifications on the topics discussed. The Saudi side inquired about the EU’s methodology in striking a balance between respecting freedom of expression and safeguarding the interests enshrined in the European Convention on Human Rights in its treatment of expatriate workers during the COVID-19 pandemic.
#covid 19  #covid
Add Comment