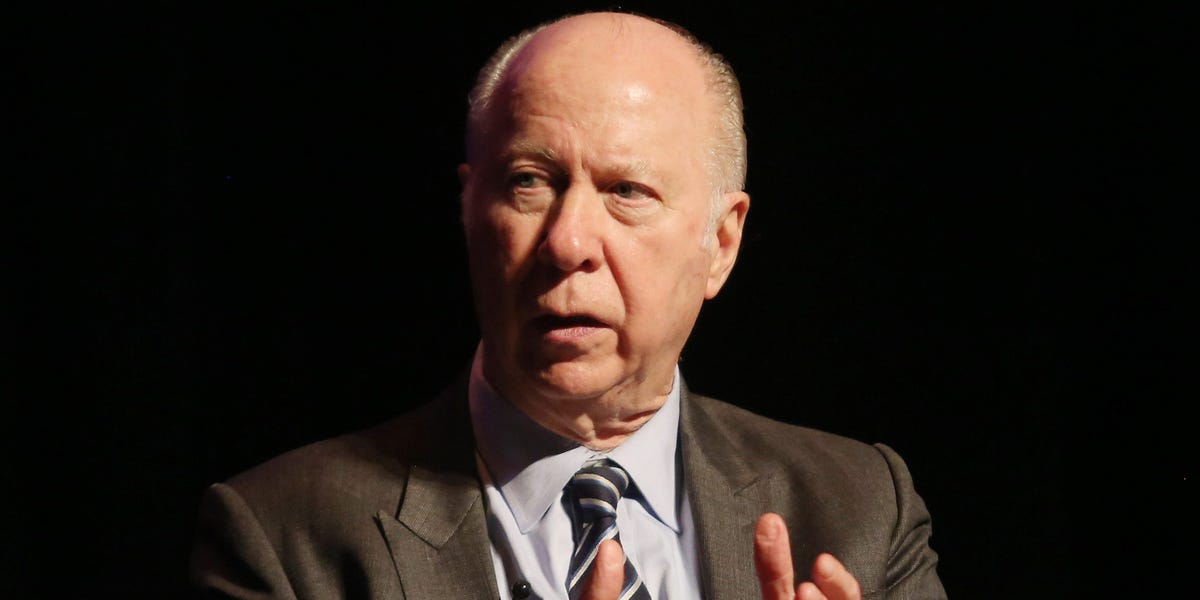 Gergen, who recently turned 80, told The New York Times "it would have been unwise for me to try to run any organization" over the past few years.
Former presidential advisor David Gergen in a recent interview said that it is "inappropriate" for candidates to pursue the presidency after they've turned 80 years old.

"I do feel it's inappropriate to seek that office after you're 80 or in your 80s," he told The New York Times. "I have just turned 80 and I have found over the last two or three years I think it would have been unwise for me to try to run any organization."

"You're not quite as sharp as you once were," he added.

Gergen — a political commentator who served under former presidents Richard Nixon, Gerald Ford, Ronald Reagan, and Bill Clinton — said that the rigors of the highly-demanding position would present a challenge to someone at an advanced age.

A concern about age has been raised by some as the 2024 presidential election could feature two candidates — Joe Biden and Donald Trump — who would serve into their 80s if either individual wins that year.

As President Biden looks to run for reelection, some Democrats — already alarmed by his middling approval ratings heading into the 2022 midterm elections — have questioned whether he should seek reelection in 2024, per an earlier Times report.

Former President Trump, who turned 76 years old last month, would be 78 in November 2024. If he captured the GOP nomination and won the White House in 2024, he would celebrate his 80th birthday in office.

However, S. Jay Olshansky, a longevity specialist at the University of Illinois Chicago, told The Times that at the moment, there is not much proof that Biden's age should figure too prominently in the minds of voters.

"Right now, there's no evidence that the age of Biden should matter one ounce," he told the newspaper. "If people don't like his policies, they don't like what he says, that's fine, they can vote for someone else. But it's got nothing to do with how old he is."
#Donald Trump  #Joe Biden
Add Comment