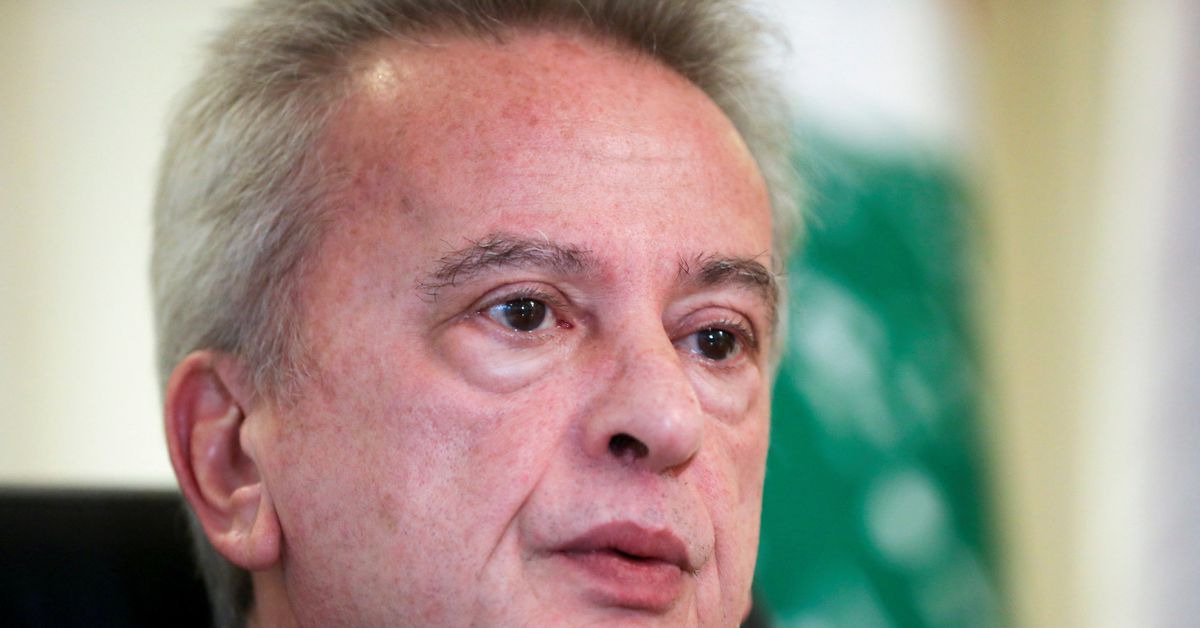 A financial review of Lebanon's central bank which Governor Riad Salameh described as an audit that clears him of corruption allegations was based solely on information he provided and "does not constitute an audit", documents seen by Reuters show.

The review into whether Salameh embezzled central bank funds was undertaken by BDO, Semaan, Gholam and Co between September and November 2021 at Salameh's request, and spanned the period from 2002 to 2015.

"The procedures that we will perform will not constitute an audit or review made in accordance" with international auditing standards, the firm says in the letter. "Accordingly, we do not express an opinion or assurance".

Some observers and financial experts said the conflicting interpretations cast further doubt on the legacy of Salameh, who has served as Lebanon's central bank governor for three decades. He has faced increased scrutiny as the country descended into financial ruin over the last three years, including via a number of judicial probes in Europe and Lebanon.

"What Mr. Salameh said is precise and accurate: an audit of transactions and investments were indeed conducted and the International Standard applied as well as the procedures followed were entirely disclosed. There is no way anybody can argue about this," he said in written remarks.

"The conclusions are clear and based on documentary evidence."

In an emailed response to Reuters, Antoine Gholam, Partner at BDO, Semaan, Gholam & Co, said: "Since you have obtained a copy of the Engagement letter and of the Report you are referring to below, I believe you can draw your own conclusions." He declined to comment further.

A spokesperson for Lebanon's Prime Minister designate Najib Mikati did not respond to requests for comment on the discrepancy between the report and Salameh's assertions about it, nor did a central bank spokesperson.

Salameh is being investigated in Lebanon and at least five European countries on suspicion of embezzlement and money laundering. Swiss prosecutors believe Salameh embezzled some $330 million of central bank funds between 2002 and 2015 via a contract he signed with Forry Associates Ltd, a financial services company owned by his younger brother, Raja Salameh.

A legal representative of his younger brother, who has previously denied the allegation, said on Monday he had no further comment on the issue.

TRUST IN THE SECTOR

In its letter to Salameh's lawyer, BDO, Semaan, Gholam & Co states it would carry out "an agreed-upon procedures engagement", which is a review agreed between a client and a firm based on information the client voluntarily provides.

The letter, accompanied by the completed financial review, states that it reviewed account statements provided by Salameh and letters issued from Banque du Liban (BDL) departments at Salameh's request.

Those letters say no central bank funds entered a BDL clearing account, which is where Salameh said only third parties – including local and foreign banks – paid commissions to Forry.

Salameh previously told Reuters Forry's "only job was to gather all these commissions and fees and redistribute according to the instructions", without specifying what the instructions were.

Based on the descriptions and documents provided by Salameh, the report concludes that the clearing accounts included funds from third parties but not BDL funds and that Salameh's personal account received no funds from BDL.

Salameh has consistently dismissed all charges against him as politically motivated, saying in a November 2021 statement that he had commissioned the "audit" of his accounts as a response to "the ongoing campaigns against my person".

Asked about Salameh's claim that the review was an audit, Mike Azar, a leading expert on Lebanon's financial system, told Reuters: "It's misleading."

"This undermines the reputation and credibility of the BDL and the Lebanese financial system at a time when we desperately need to regain people's trust in the sector," he said.

Authorities have struggled to begin a long-awaited forensic audit of the central bank by restructuring consultancy Alvarez & Marsal due to hurdles in payment and transparency by BDL.

Lebanon first signed an audit contract with A&M in 2020 but the company pulled out months later, citing "insufficient provision of information" by BDL. A year later, a new contract was signed but officials said A&M threatened to withdraw after it had not received requested account information.

On July 6, Lebanese President Michel Aoun said the firm's head informed him that the audit had begun.