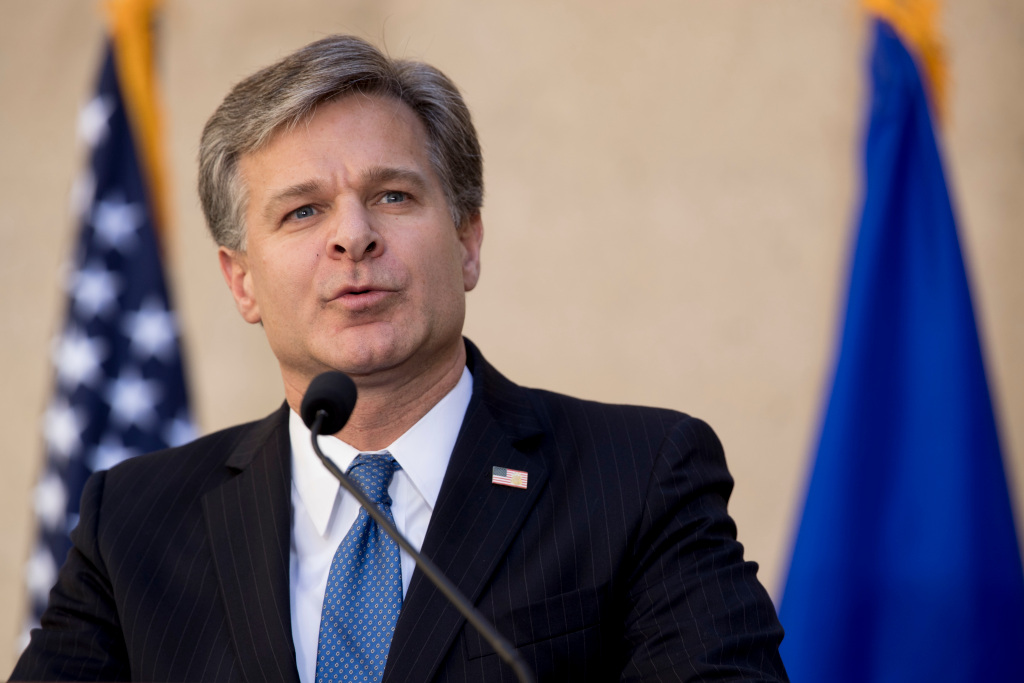 FBI Director Christopher Wray is coming under increased bipartisan pressure in Congress to expose alleged Saudi ties to the 9/11 attacks as the 20-year anniversary of the terror strikes looms.
U.S. Reps. Ted Deutch, D-Fla., and Thomas Massie, R-Ky., pressed recently for the release of long-secret documents — with Wray committing publicly for the first time to “share as much information as we can.”

Wray stressed that the “families of the 9/11 victims matter deeply to me.”

But waiting almost 20 years for the truth to come out is too long, family members of 9/11 victims tell the Herald.

“Why the hell isn’t he just releasing the documents? He’s stabbing us in the back,” said Brett Eagleson of Connecticut, who was 15 years old when his dad died while working at the Twin Towers on Sept. 11, 2001.

“He is making our depositions less effective,” Eagleson added this weekend, alluding to Saudi officials now being deposed over links to the 9/11 attacks.

Saudi official Omar al-Bayoumi, up first, was deposed last Wednesday, Thursday and Friday via video from Riyadh, the capital of the Kingdom of Saudi Arabia.

Musaed al-Jarrah is next to be questioned June 17-18; and, last but not least, Fahad al-Thumairy.

Wray is aware those depositions are also under a court-mandated gag order — for now. This is all part of a lawsuit brought by 10,000 9/11 plaintiffs who are suing Saudi Arabia for the 9/11 attacks. That case is based in the Southern District of Manhattan federal court.

This showdown has been 20 years in the making and the spotlight is on the former Southern California al-Qaeda cell.

The first two 9/11 hijackers in the U.S. — Nawaf Al-Hazmi and Khalid Al-Mihdhar — arrived in Los Angeles on Jan. 15, 2000, without being able to speak English. Yet, records show, they made it to San Diego where they took flying lessons — and flunked out — rented an apartment, and attended a mosque.

They were both Saudi nationals. But how did they afford it all?

Those Saudis plowed American Airlines Flight 77 into the Pentagon on Sept. 11, 2001. All 64 people aboard, including five hijackers, were killed. Another 125 victims on the ground also died.

Of all the 19 hijackers, 15 of them were citizens of Saudi Arabia. They were all affiliated with al-Qaeda and hijacked four jets, killing nearly 3,000 people. The families suing also include those with family members sickened by the toxic fallout from the New York City attacks.

American Airlines Flight 11 and United Airlines Flight 175 — both out of Logan International Airport in Boston — slammed into the north and south towers of the World Trade Center in Manhattan 18 minutes apart beginning at 8:45 a.m. on 9/11.

Flight 77, hijacked out of Washington Dulles International Airport, hit the Pentagon at 9:37 a.m. Three children were on that flight.