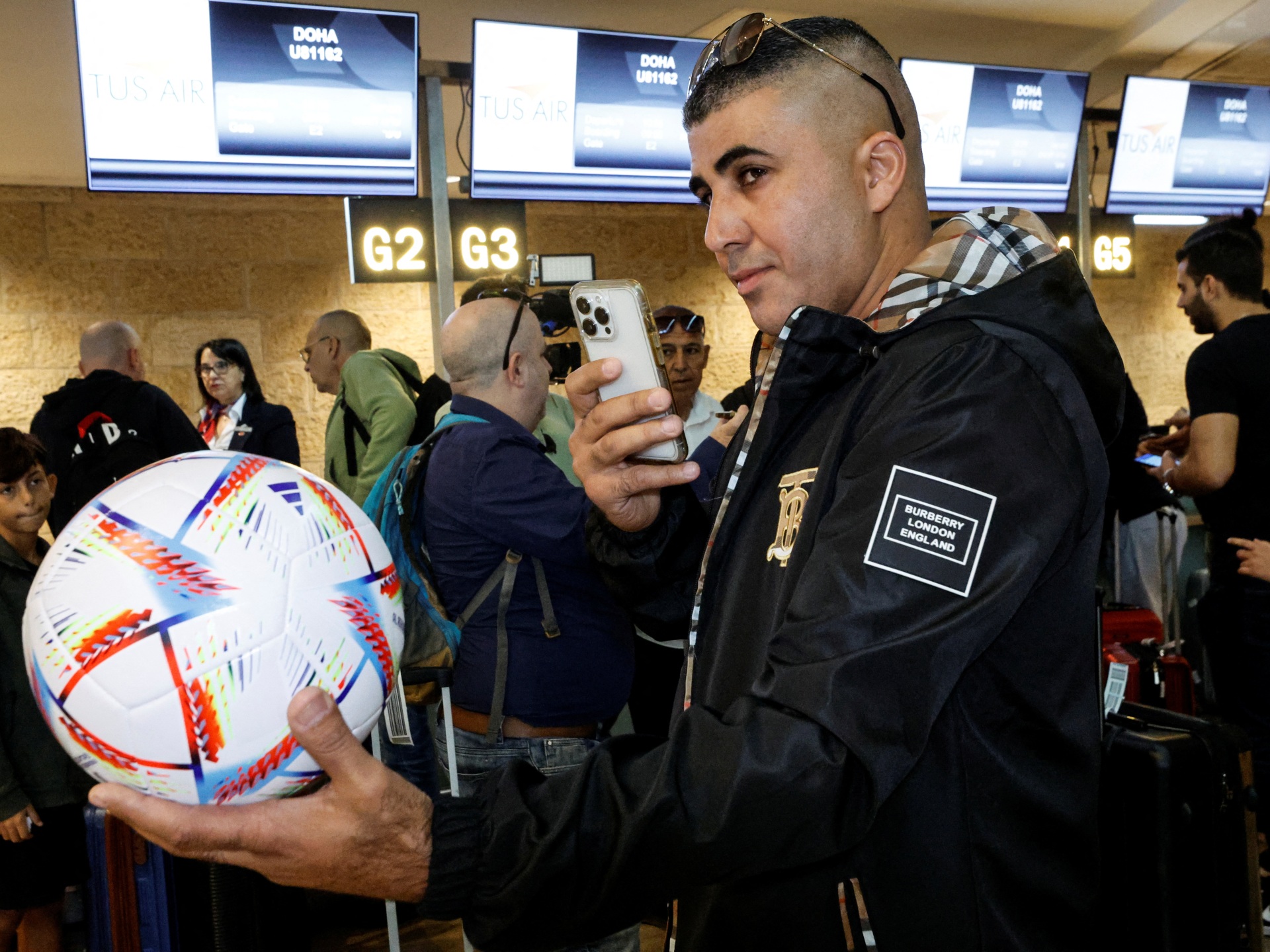 Qatar said flights are for World Cup fans and its position on Israel remains unchanged as both countries have no ties.

The first direct commercial flight between Israel and Qatar landed in Doha ahead of the 2022 FIFA World Cup opening ceremony, despite there being no diplomatic relations between the countries.

International football’s governing body FIFA said on November 10 that the special direct flights had been confirmed, and that Cyprus-based Tus Airways will be operating them for the duration of the month-long tournament.

On Sunday, the head of Israel’s Public Diplomacy Directorate, Lior Haiat, said at Ben Gurion Airport near Tel Aviv that “history has been made” with the “first direct flight from Tel Aviv to Doha”.

FIFA claimed that “Palestinian ticket holders and media” would be “able to travel on these chartered flights with no restrictions”. But it was not immediately clear to what extent Palestinian residents of the Israeli-occupied West Bank or blockaded Gaza Strip would have access to the charter.

The arrangement would be subject “to Israel’s security requirements”, FIFA said.

Palestinian residents, both in the West Bank and in Gaza, face severe challenges in travelling abroad. Palestinians in the West Bank generally travel from Jordan as access to Ben Gurion Airport is strictly restricted. Those in Gaza do not have access to Israel or its airport, with very rare exceptions.

One of the passengers, Hadar Segal, 35, said that the flight was a “special and historic thing”.

He planned to watch England play Israel’s foe Iran, as well as the match between Argentina and Saudi Arabia, another Arab country that does not recognise Israel.

Israeli passport holders can usually only travel to Qatar on special visas issued for sports fixtures or conferences. There are no existing direct flights between the two countries.

Qatar has emphasised that its stance on normalising relations with Israel remains unchanged. It is linked to Palestinian statehood that is achieved through a two-state solution in accordance with the relevant United Nations Security Council resolutions.

Its neighbours, the United Arab Emirates and Bahrain, established diplomatic ties with Israel under United States-brokered pacts in 2020.