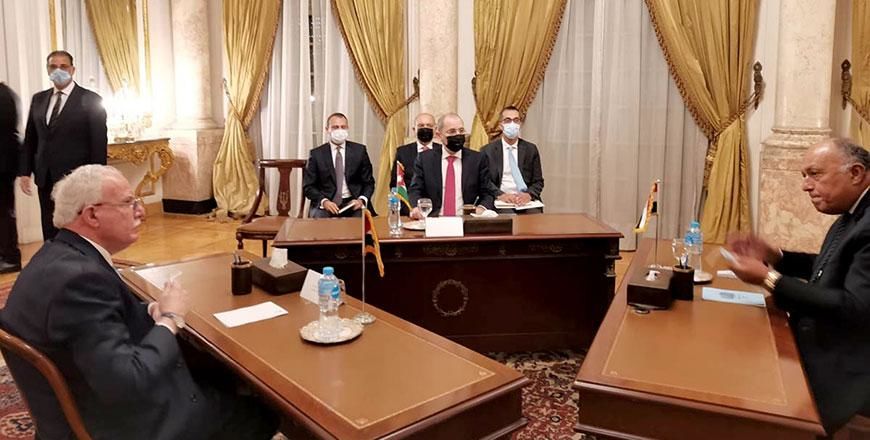 During a meeting with his Egyptian counterpart, Sameh Shoukri, Safadi highlighted the importance of enhancing cooperation between Amman and Cairo, as well as sustaining coordination over Arab and regional issues.

In a separate meeting, Safadi and his Saudi counterpart, Prince Faisal bin Farhan Al Saud, expressed the two kingdoms’ keenness to enhance relations and cooperation in all fields. They also went over the latest regional developments and stressed the importance of activating joint Arab action to face regional challenges and crises.

Safadi’s meeting with Deputy Prime Minister, Minister of Defence and Acting Foreign Minister in Lebanon’s caretaker government Zeina Akar focused on enhancing the brotherly and historical ties between the countries. In the meeting, the minister also highlighted the Kingdom’s keenness to develop cooperation with Lebanon and support Beirut in various circumstances and challenges.
Add Comment