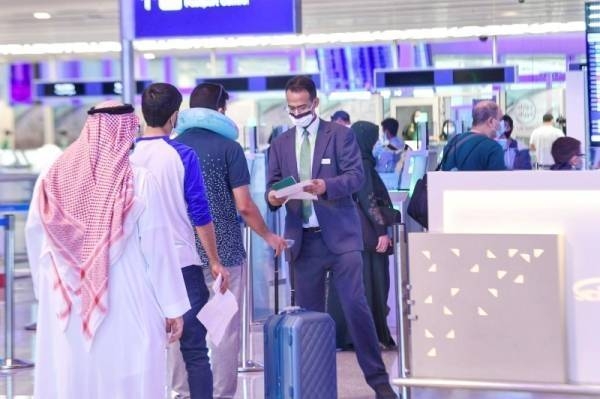 The General Authority of Civil Aviation (GACA) has issued an instruction for air carriers regarding the lifting of the travel suspension to the use of the national identity cards from the Kingdom for citizens of the Gulf Cooperation Council (GCC) countries.
GACA has called on travelers to check the entry requirements of the countries that they want to travel to before traveling.

Lifting the suspension of travel with the national identity does not include the family registry card, as it is not considered a document that can be used for travel, GACA noted.

It is noteworthy that the General Directorate of Passports (Jawazat) had announced earlier that it had lifted the suspension of the use of the national identity card as a valid document for travel to and from Saudi Arabia for citizens as well as for the citizens of other GCC States.

The Ministry of Foreign Affairs had decided to suspend GCC citizens’ use of national ID cards for travel to and from the Kingdom following the outbreak of coronavirus in February 2020.

The same condition has also been applicable to the Saudi citizens traveling to and from the GCC states. During the coronavirus pandemic period, the passport was considered as the valid travel document for travel of Gulf citizens within the GCC States.
#Coronavirus
Add Comment