A huge horde of mixed animal bones, including the remains of humans, has been found in an ancient lava tube in Saudi Arabia.

The hollowed cave, called Umm Jirsan, is a sprawling lava conduit system underneath the volcanic fields of Harrat Khaybar in the northwest of the country.

Umm Jirsan extends for a staggering 1.5 kilometers (almost a mile), making it the longest known reported lava tube in Arabia. Within those extensive shadows, wild creatures have been busy.

In a new study, researchers report the discovery of hundreds of thousands of bones belonging to at least 14 different kinds of animals, such as cattle, horses, camels, rodents, and more. And some of those bones are human. 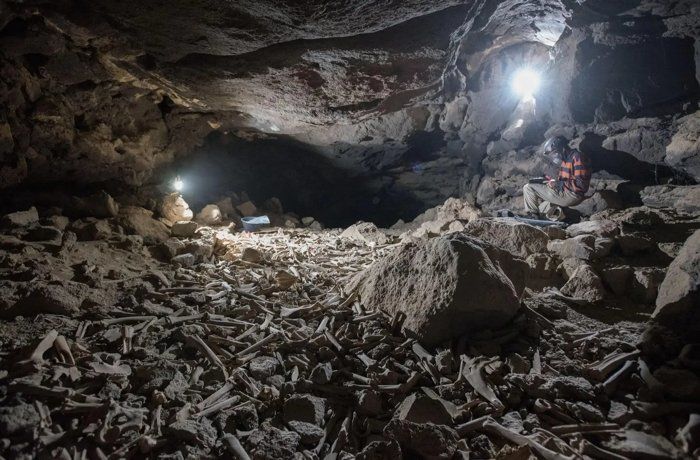 "This 1.5 km long lava tube is chock-a-block with hundreds of thousands of beautifully preserved animal remains," zooarchaeologist Mathew Stewart from the Max Planck Institute for Chemical Ecology in Germany posted on Twitter.

According to the researchers, this massive horde of bones was most likely scavenged together by striped hyena (Hyaena hyaena), whose own skeletal remains were also found in the cave, along with their fossilized droppings (called coprolites).

"These critters are avid collectors of bones, which they transport to dens to be consumed, fed to young, or cached," Stewart explains, noting that the epic assemblage represents a collection for the ages.

"The material at Umm Jirsan has accumulated over the last 7,000 years, attesting to the excellent conditions for preservation of bone within the lava tube." 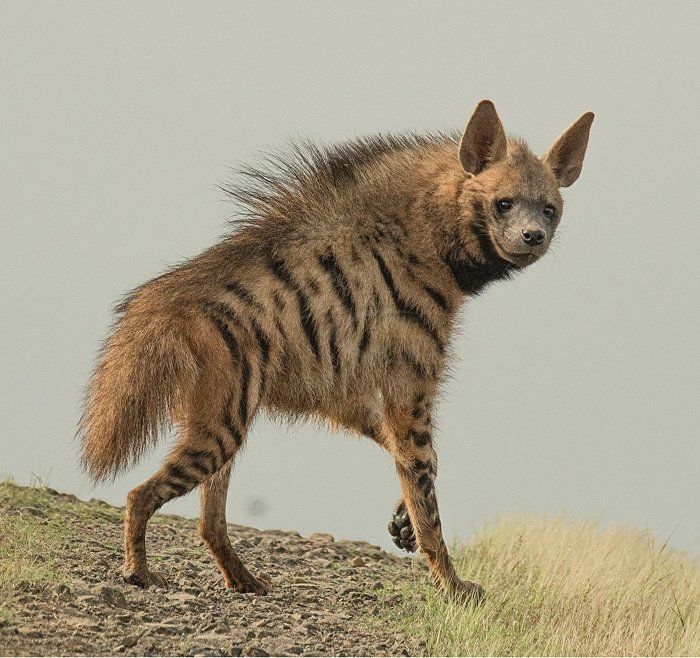 While animal bones have been unearthed in the Umm Jirsan lava tube before this, there's yet much we don't yet understand about the taxonomy of species in the cave, nor what those remains could tell us about paleoecology in the region.

This old hyena den, however, is not just a relic of the ancient past. During a previous investigation of the lava tube in 2007, researchers heard sounds of "growling" in the cave, suggesting Umm Jirsan remains open for business.

It's possible other kinds of animals might have assembled the giant bone collection, such as foxes or wolves. But the team says the weight of evidence points to hyenas: wolves don't usually disperse bones far from kill sites, and foxes can't carry or easily consume such large prey.

Moreover, many of the markings on the bones suggest hyena gnawing and digestive processes. 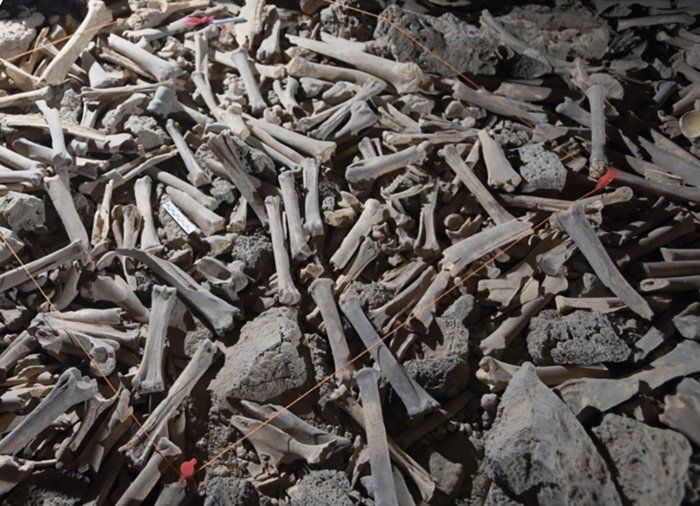 "Taken together, the large size of the assemblage, the overabundance and intensive processing of ungulate limb bones, abundant hyena coprolites, and presence of juvenile hyena and human cranial remains suggest that Umm Jirsan served primarily as a striped hyena den, and, on occasion, as a maternal den," the researchers write in their study.

While there's much we still don't know about Umm Jirsan, the researchers are hopeful this grisly tomb can serve as a time capsule to shed light on the paleoecology and prehistory of ancient Arabia.

"This study is just the tip of the iceberg."

The findings are reported in Archaeological and Anthropological Sciences.