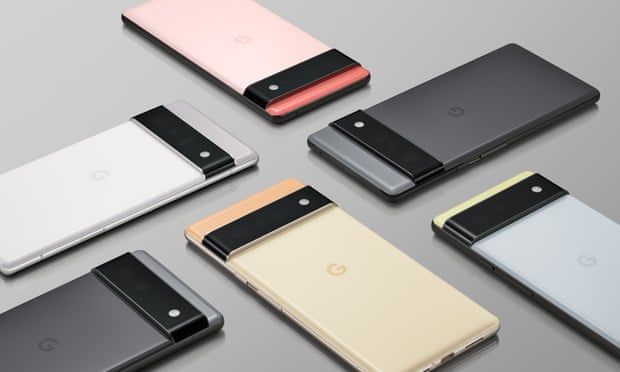 Google has finally launched its flagship Pixel 6 smartphones as it aims to beat competitors on camera and performance while undercutting them on price.

Previewed by Google in August, the Pixel 6 and 6 Pro are the Android-maker’s attempt to compete with Apple and Samsung at the high end of the market after disappointing results with its previous mid-range entries.

Both phones have a distinctive design made from recycled aluminium with a large camera bar across the back reminiscent of Geordi La Forge’s visor from Star Trek. 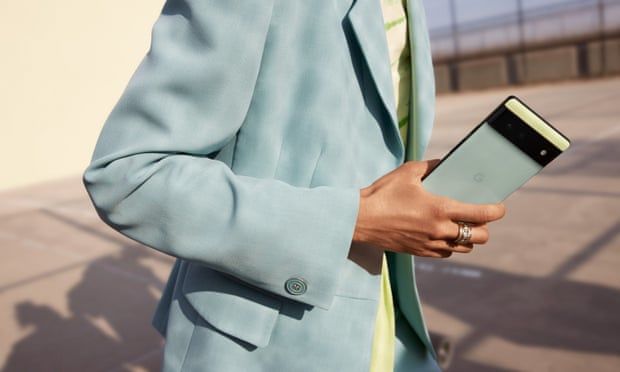 The Pixel 6 comes in a variety of two-tone colours.

The Pixel 6 has a flat 6.4in 90Hz OLED screen and new 50-megapixel main and 12MP ultra-wide cameras on the back and 8MP selfie camera, which Google says are greatly improved over its previous units. It costs £599 in the UK and $599 in the US – at least £170 less than the iPhone 13 and Samsung Galaxy S21.

The new phones are the first to have Google’s custom Tensor chip, which it says runs AI-systems for everything from the camera to translation, voice and image recognition significantly faster, at lower power and privately on-device. 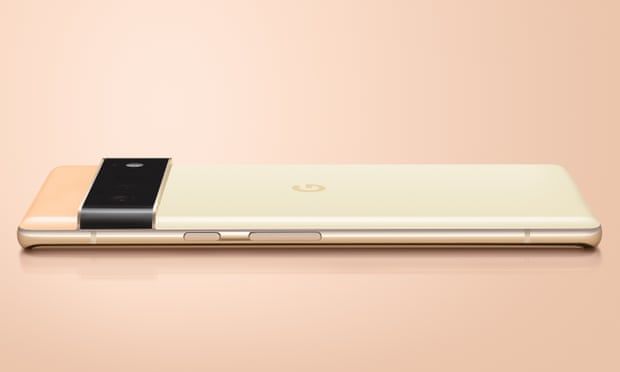 The Pixel 6 Pro has polished metal frame and two-tone colour scheme available in a few variations.

The new chip also allows Google to offer at least five years of software support from launch for the phones for the first time – a year longer than Samsung and behind only Apple and Fairphone in the smartphone industry.

Ben Wood, the chief analyst for CCS Insight, said extended software support was a good move. “CCS Insight’s research shows consumers are now holding on to their phones for longer than ever, on average for at least four years, so sustained software updates is becoming more important.”

But he said good phones at competitive prices would not be enough: “Google is going to have a spend a small fortune to move the needle if it wants to be a major smartphone player. There is still a huge swathe of consumers who don’t even know that Google makes phones or, in some cases, that Android is a Google product.”

The Pixel 6 and 6 Pro will ship on 28 October and will be some of the first phones to run the Android 12.