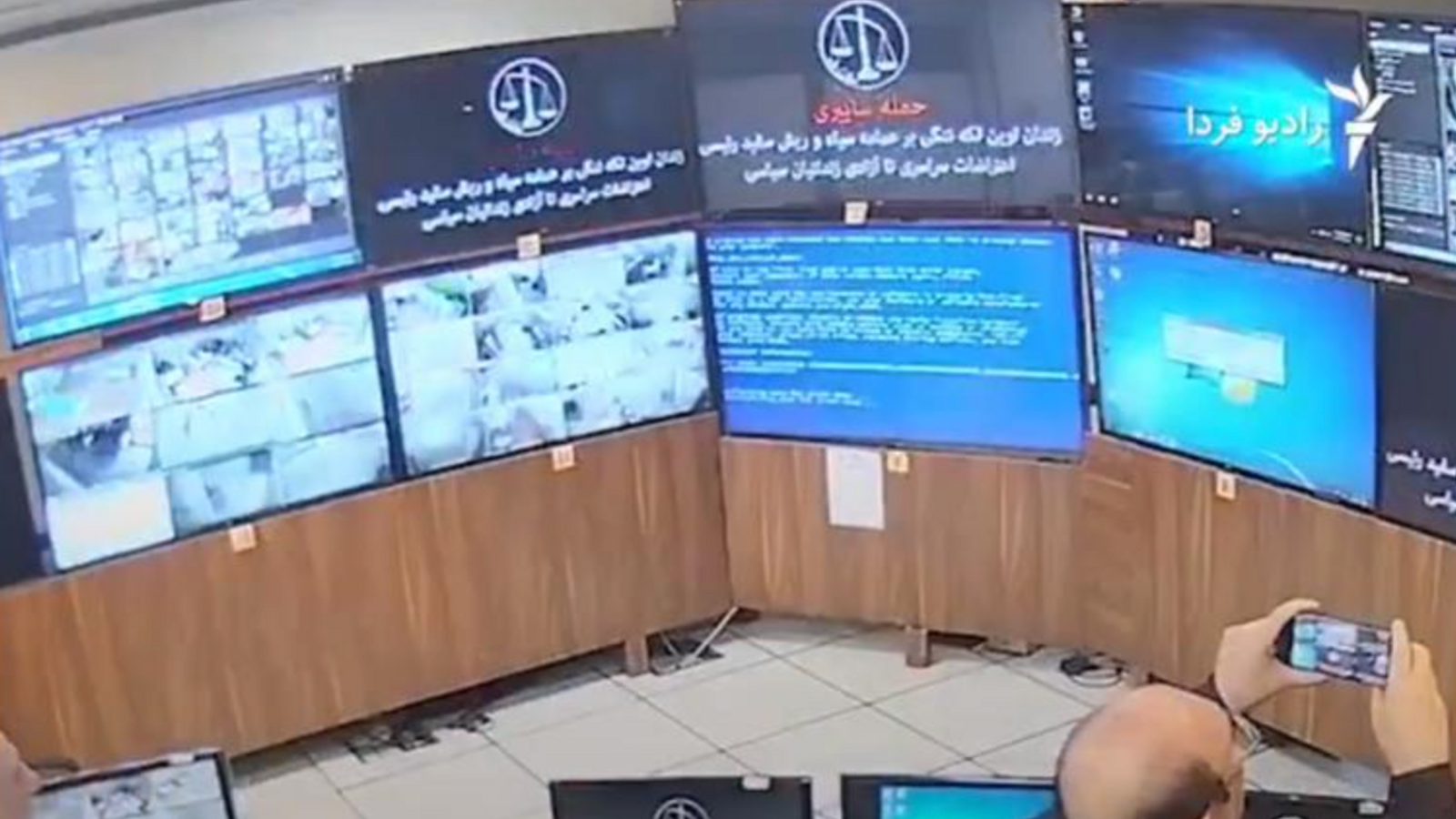 The surveillance video shows inmates fighting, being hit by guards and dragged along the floor, and in one scene smashing a bathroom mirror in an attempt to use the glass to self-harm.
Hackers have leaked soundless security camera footage from inside Iran's notorious Evin prison showing the brutal treatment of inmates.

The surveillance video shows inmates fighting, being hit by guards and dragged along the floor, and in one scene smashing a bathroom mirror in an attempt to use the glass to self-harm.

One clip shows the hacker group taking control of monitors in the prison control room, flashing a message stating "Evin prison is a stain of shame on Raisi's black turban and white beard" and calling for "nationwide protests to release political prisoners".

Ebrahim Raisi, the new president of Iran, is a hardline cleric who is subject to US sanctions for alleged human rights abuses, with accusations against him including presiding over a torture regime in Evin prison and ordering mass executions.

His victory means hardliners will have full control over all branches of government in Iran for the first time in almost a decade, after ultra-conservatives took a majority in last year's parliamentary elections.

In a tweet on Tuesday, the head of Iran's prison organisation, Mahammad Mehdi Has Mohammadi, confirmed the authenticity of the leaked security camera footage.

Accepting responsibility for the "unacceptable behaviour", Mr Mohammadi committed to dealing seriously with the offenders and, according to a translation by Al Jazeera, wrote: "I also apologise to God, our dear supreme leader, the great nation and the honourable prison guards, whose efforts will certainly not be ignored due to these errors."

Evin prison is notorious for hosting political prisoners, including many dual-nationals and citizens of Western countries, including Nazanin Zaghari-Ratcliffe and Kylie Moore-Gilbert.

The UN's special rapporteur on Iran, Javaid Rehman, has criticised Evin for the abuse prisoners suffer there and warned that "prisoners of conscience and political prisoners have contracted COVID-19" while interred.

Ms Moore-Gilbert, a British-Australian academic was freed last year in a prisoner swap for three Iranians being held in Thailand following a failed bombing in Bangkok in 2012.

Earlier this year British officials downplayed reports that Nazanin Zaghari-Ratcliffe was set to be released from prison after Iranian state TV suggested Britain would pay a £400m debt to secure her release.

Richard Ratcliffe, the husband of the British-Iranian charity worker, said the family had not been updated but welcomed the signals from Tehran over the long-running dispute as "a good sign".
#covid 19  #covid
Add Comment