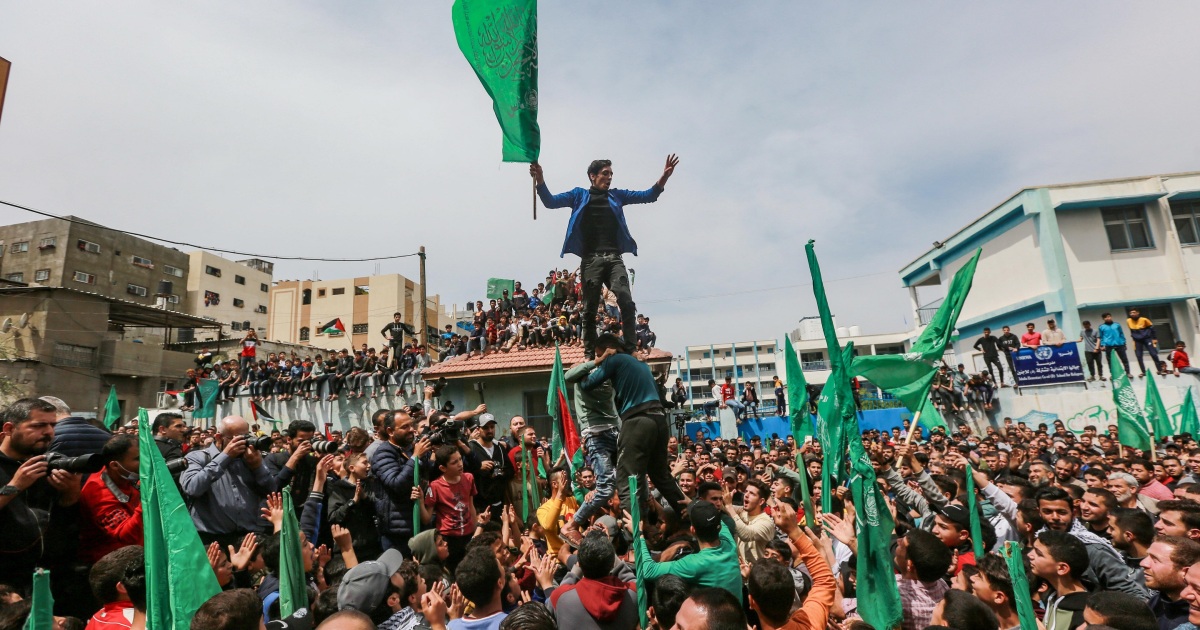 Demonstration held to show solidarity amid continued Israeli raids in occupied Jerusalem and at Al-Aqsa Mosque.

For the second week in a row, thousands of Palestinians participated in a mass rally called by the Hamas movement to show solidarity in the face of continued Israeli raids in occupied Jerusalem and the Al-Aqsa Mosque.

The Al-Aqsa Mosque has been at the centre of days of violence and heightened tensions following a series of Israeli incursions into the holy site, which began at the start of the holy month of Ramadan.

At the demonstration in Jabalia refugee camp, in the northern Gaza Strip, protesters held banners declaring Palestinian dominion over the Al-Aqsa Mosque and chanted slogans deploring Israeli attacks against worshippers there.

Suhail al-Hindi, a member of the Hamas political bureau, said the thousands of people from Gaza who joined the march did so to send a message to people in occupied Jerusalem and in the courtyards of Al-Aqsa Mosque.

“We are on your side,” al-Hindi said in a speech.

“We stand with you, support you, protect your decision and defend you,” he said, calling on Palestinians in the West Bank, occupied Jerusalem, and in the 1948 territories, to gather permanently at Al-Aqsa to defend it.

“Palestinian unity represented in Jerusalem, the West Bank, and the 1948 occupied territories, tells the Israeli occupation the Palestinian people are united in resistance and fighting with all what they have,” he said.

A surge of violence in Israel and the occupied Palestinian territory during the past month has raised fears of a slide back to a wider conflict similar to last May’s 11-day Israeli assault on Gaza, in which more than 250 Palestinians in Gaza and 13 people in Israel were killed.

The rocket fire had heightened expectations among Gazan residents of the possibility of a large-scale Israeli offensive against the Gaza Strip, similar to last year. 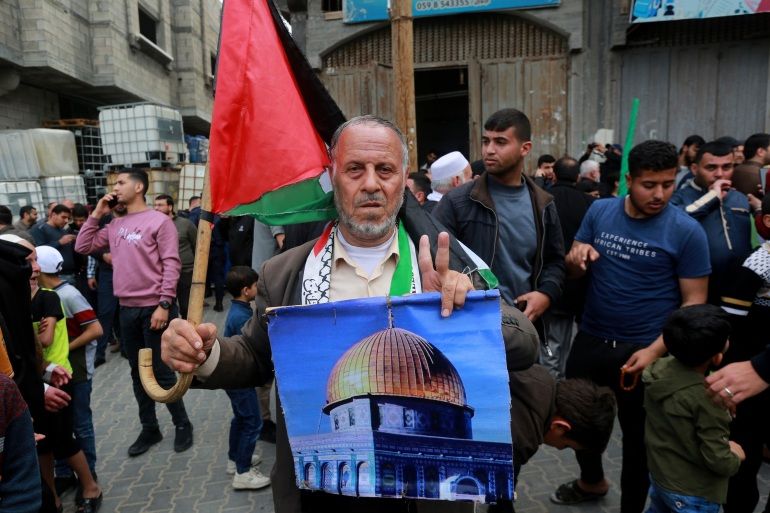 A man holds a picture of the Al-Aqsa Mosque during a mass rally on Friday, April 22, 2022, organised by Hamas in northern Gaza

“No one wishes for war”

Islam Abu Nada told Al Jazeera that she expected war to break out after the rocket fire last week.

“Based on what is happening in Al-Aqsa, we had an expectation that the resistance would respond,” the Jabalia resident said at the protest.

Though the incursions into Al-Aqsa had caused tension, no one appears interested in a war, Abu Nada said.

“No one wishes for war,” she said.

“Israel targets civilians and does not differentiate between children, women or the elderly,” she said, adding, “we always feel fear for our children in war.”

Demanding that incursions into Al-Aqsa “stop immediately”, as well as other “provocations” by Israel during the holy month of Ramadan, Abu Nada said it remains to be seen what will occur next.

“We will see what happens,” she said.

Holding a Hamas flag at the rally, Khalil Taim, 35, said Palestinians were defending the Al-Aqsa Mosque which is “the first [direction] Qibla” that Muslims faced to pray.

“It is normal for the resistance to respond to the Israeli violations taking place in Jerusalem,” Taim told Al Jazeera, describing as “illogical” Israel’s incursions into the holy site, and the shooting and killings of Palestinians.

“We are in a liberation battle, and we have no hand [in it] if an escalation erupts,” he said. 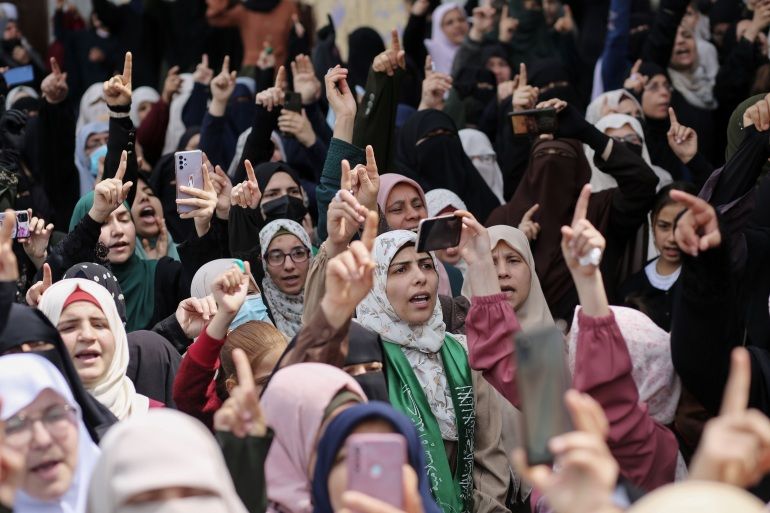 Expressing his solidarity with worshippers at the Al-Aqsa Mosque, he said there can be no silence about what had occurred and no price was too high to pay to defend the site.

“We demand the resistance not to remain silent about what is happening in Al-Aqsa Mosque, no matter the cost,” he said.

For her part, teenager Malak Al-Masry, from Beit Hanoun, told Al Jazeera how much she feared the sound of Israel’s fighter jets and their recent bombing.

“I instantly thought that war had erupted,” the 17-year-old said of the recent bombings.

“The same scenarios of destruction, fear and people who lost their loved ones poured into my mind,” she said, adding that she hopes that such scenes do not occur again.

In Gaza, Malak said, the people live in fear of devastating war, and they are also outraged at what is occurring at Al-Aqsa.

“We are in Gaza, [caught] between two fires,” she said.