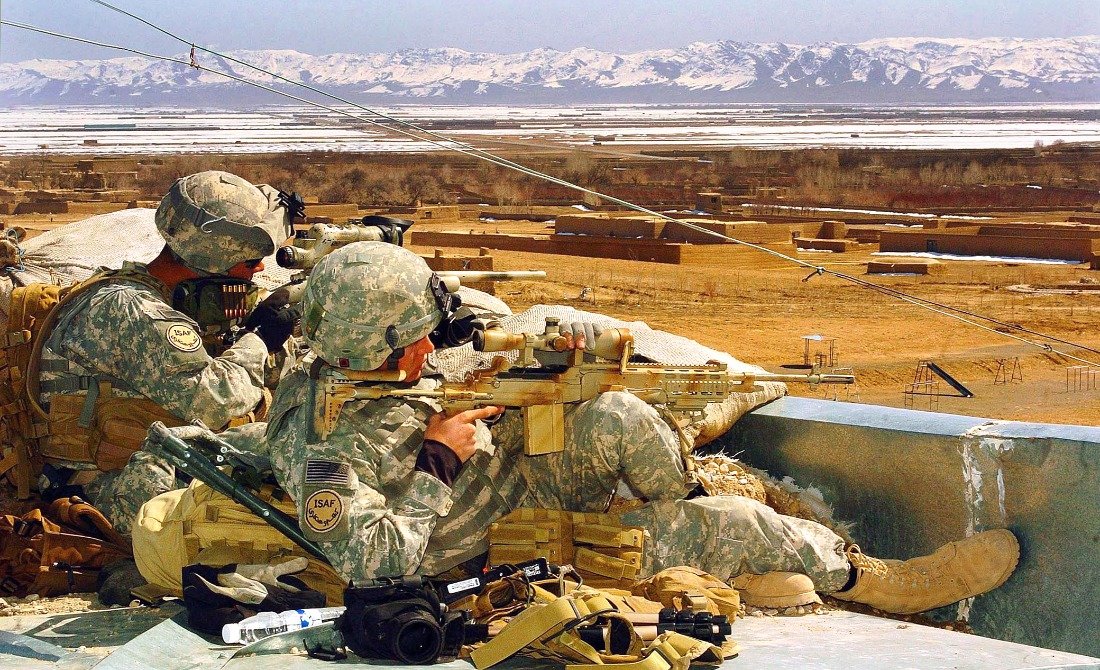 Has America’s Influence in the Middle East Really Declined?

Forty years ago, U.S. allies raised similar concerns about how America’s withdrawal from Indochina in 1973 and its “allowing” the downfall of the Shah in 1979 cast doubts on Washington’s commitment to its other allies. But America didn’t leave the Middle East then, and is not going to leave it now either.
It has become commonplace to read or hear from commentators that America’s position in the Middle East has drastically declined. Some even see U.S. influence there as being on the way out altogether. But is U.S. influence in the Middle East really less now than it was in the past?

The U.S. withdrawal from Afghanistan and the collapse of the government it was supporting there, the end of U.S. combat operations in Iraq, the small remaining footprint that the United States has in Syria along with its inability to bring about meaningful political change there, and its difficult relationship with Turkey all point to less U.S. influence in the region than existed in the recent past.

But the post-9/11 period in which the U.S. militarily intervened and set up new governments in Afghanistan and Iraq, and later hoped to support positive change in Libya and Syria was an exceptional period during which the United States had—or appeared to have—much greater influence than now.

If, however, we compare U.S. influence in the Middle East now with what it was forty years ago at the height of the Cold War in 1981, what we find is that it is remarkably similar now to what it was then. In 2021, America has basically the same allies that it had in 1981: Israel, Egypt, Jordan, Saudi Arabia and all the other Gulf Arab monarchies, and Morocco. While still formally allied to Turkey, America’s relationship with Ankara is quite awkward now—but it was back then too in the wake of the 1974 Turkish invasion of eastern Cyprus and its hostile relationship with another American ally, Greece.

Of course, comparing America’s position today with what it was in 1981 is somewhat arbitrary. If we compared today with 1976 instead of 1981, Iran would have been in the list of U.S. allies—something it definitely is not now. But if we compared today with five years further back—1971—then Egypt would not have been in the list of Washington’s allies, but Moscow’s instead. What this shows is that the Cold War era—like the present one—was an era in which gaining and losing allies was normal.

Many of those who decry the loss of American influence in the Middle East point to the rise of Russian influence there. But compared to the past, Russia’s comeback is not all that impressive. In 1981, the Soviet Union was the superpower with predominant influence in Syria, Iraq, South Yemen, Libya, and Afghanistan. It also had much closer relations with Algeria and North Yemen than the United States did. Now, by contrast, Russia shares influence with Iran in Syria and with Turkey and others in Libya. It has only limited influence in Afghanistan, Yemen, and Iraq.

Some might see the growing ties that Moscow and Beijing each have developed with America’s Middle Eastern allies as something that Washington should worry about. During the Cold War, though, the Soviet Union was actively trying to weaken or even overthrow governments allied to the United States. Now, both Russia and China want to work with all Middle Eastern governments allied to the United States, not weaken them. Indeed, neither Russia nor China even seems to be trying to get Middle Eastern governments to end their alliances with the United States and ally with either or both of them instead. In fact, neither of America’s great power rivals seems eager to replace the United States as the security guarantor for America’s Middle Eastern allies. Washington having to compete with Moscow and Beijing for arms sales, oil deals, and investments from America’s own allies might be annoying, but these are much less serious problems than having to counter previous Soviet efforts to weaken over overthrow them were.

Whether Turkey remains allied to the United States, though, is a question that has arisen, not least because of its growing cooperation with Moscow—especially through its purchase of Russian S-400 air defense missiles against Washington’s strong objections. But just because Turkey’s alliance with the United States has grown weaker does not mean that it is becoming a Russian ally. Turkey, after all, is at odds with Russia in Syria, Libya, the Armenia-Azerbaijan theater, and even Ukraine. Turkey, it seems, is not so much interested in being either America’s or Russia’s ally than in being a great power in its own right. This is something that poses a challenge not just for Washington, but also for Moscow and for both of their regional allies.

Several of America’s Middle Eastern allies, though, point to the downfall of the Kabul government in Afghanistan and the rise of Iranian influence in Iraq as casting doubt on America’s willingness to remain a great power in the Middle East. But forty years ago, those same allies raised similar concerns about how America’s withdrawal from Indochina in 1973 and its “allowing” the downfall of the Shah in 1979 cast doubts on Washington’s commitment to its other allies. But America didn’t leave the Middle East then, and is not going to leave it now either.
#Afghanistan
Add Comment