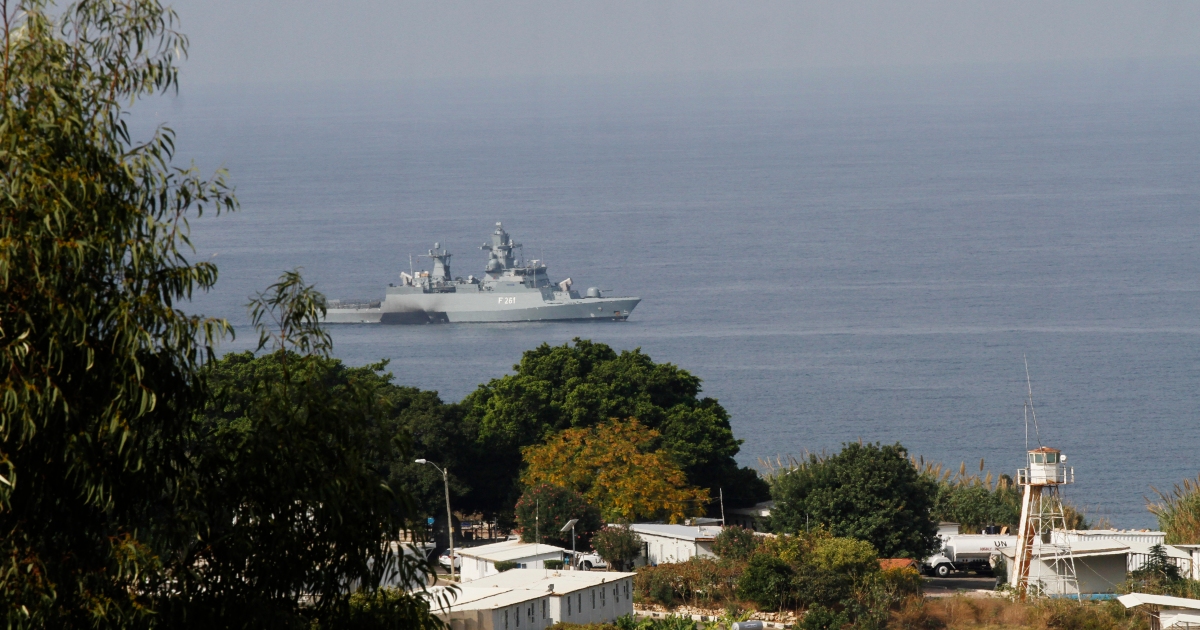 The group warns Tel Aviv of ‘playing with time’ as a new round of maritime border talks starts between Israel and Lebanon.

Lebanon’s Hezbollah has aired a video showing vessels involved in the Israeli offshore oil and gas industry and warned against “playing with time”, underlining its threat of military escalation amid maritime border demarcation talks.

The footage aired on Sunday came as the United States energy envoy, Amos Hochstein, was landing in Beirut to mediate ongoing talks between Lebanon and Israel over their sea borders.

Lebanese officials have said they are optimistic that this round of talks can result in a deal after years of on-and-off indirect negotiations.

Caretaker Foreign Minister Abdallah Bou Habib in a statement on Friday said Hochstein will inform Lebanon of Israel’s response to Lebanon’s June proposal, adding that he was optimistic about reaching an agreement soon.

Meanwhile, Hezbollah has warned it is ready to prevent Israel from extracting hydrocarbons should Lebanon not be allowed to do so.

There was no immediate response to the video from Israel.

The Israeli military earlier this month shot down three Hezbollah unarmed drones flying over the Karish gas field in the Mediterranean Sea.

In an interview last week, Hezbollah leader Hassan Nasrallah said that the armed group can locate and strike Karish and any other Israeli gas field.

Israel and Hezbollah fought a month-long war in 2006 and have traded fire on several occasions since, but have avoided a large-scale confrontation. 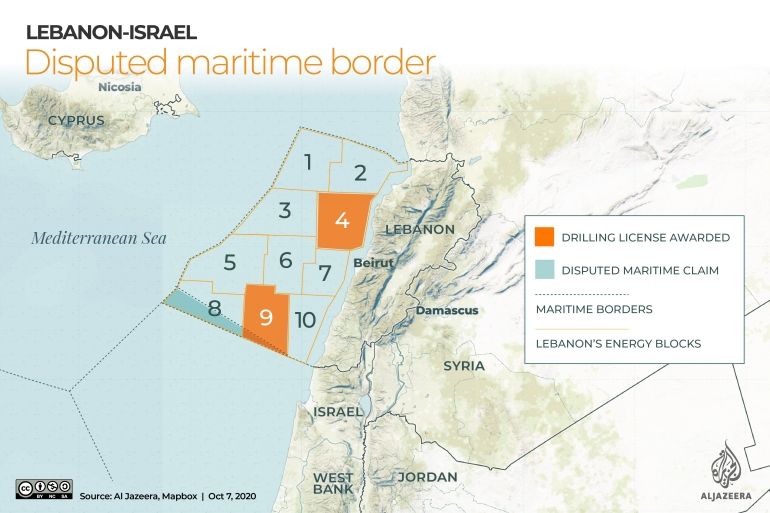 Sunday’s video, which also contains a rare glimpse of Hezbollah weaponry, was broadcast on the group’s Al-Manar TV station. It was issued by Hezbollah’s War Media Department, which the group uses to broadcast footage of military operations and battles, and contains images of ships involved in drilling for and extracting hydrocarbons, along with what appear to be their coordinates.

The video begins with the words of Nasrallah during a recent speech in which he warned that “playing with time is not useful” on the maritime issue.

A statement on Saturday by the US Department of State said Hochstein’s Beirut visit would aim to facilitate talks on the maritime boundary.

“Reaching a resolution is both necessary and possible, but can only be done through negotiations and diplomacy,” it said.

A senior Israeli official, speaking to Reuters news agency on condition of anonymity, said Hochstein would represent a new Israeli proposal that “includes a solution that would allow the Lebanese to develop the gas reserves in the disputed area while preserving Israel’s commercial rights”.

If this reaches agreement, it would entail “some drilling there” by the Lebanese, the Israeli official said without elaborating.

“The offer that has been relayed is a serious proposal that can transform Lebanon from a country of economic ruin and energy crises to a natural gas-producing country, by enabling it to cultivate this resource,” the official said.