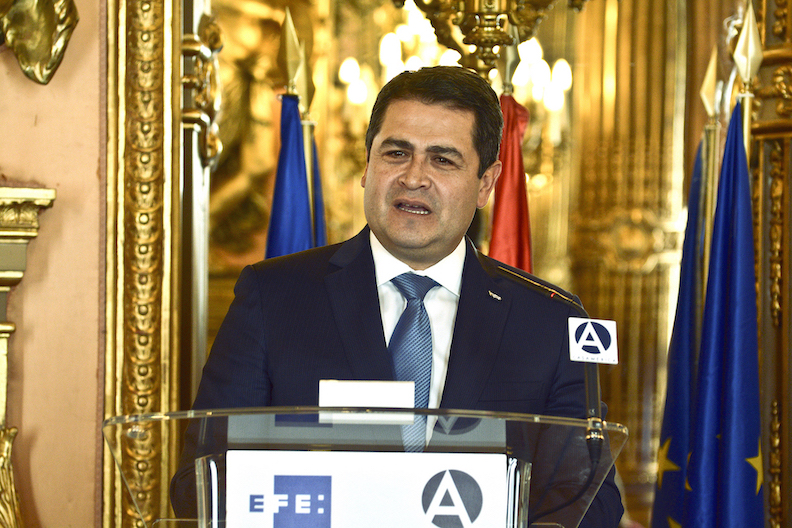 The president of Honduras has participated in a violent cocaine trafficking conspiracy, a U.S. prosecutor said at a hearing where the president’s brother was sentenced to life in an American prison.
President Juan Orlando Hernandez’s brother, Juan Antonio Hernandez, received his sentence on Tuesday for conspiring to smuggle almost 200,000 kilograms of cocaine into the U.S., as part of what prosecutors said was a state-backed trafficking operation that netted him nearly $140 million.

During the hearing, in federal court in Manhattan, prosecutor Matthew Laroche called the brother, known as Tony Hernandez, “a central figure in one of the largest and most violent cocaine trafficking conspiracies in the world.” He said Hernandez, 41, and his conspirators “operate Honduras as a virtual narco-state” and that “they are able to do so by conspiring with some of the most powerful people in the country, including his brother, the president of Honduras.”

The U.S. has implicated the Honduran president in the conspiracy through multiple prosecutions of other traffickers and Honduran officials in the same court, saying he met with traffickers, promised to protect them and accepted bribes. He has not been charged by U.S. authorities and has denied wrongdoing. The Hernandez government has been one of Washington’s allies in the region.

The Honduran president’s press office didn’t immediately respond to a message seeking comment on the prosecutor’s remarks. There was no answer at the Honduran Embassy in Washington late Tuesday afternoon, and no one responded to an email seeking comment
Add Comment